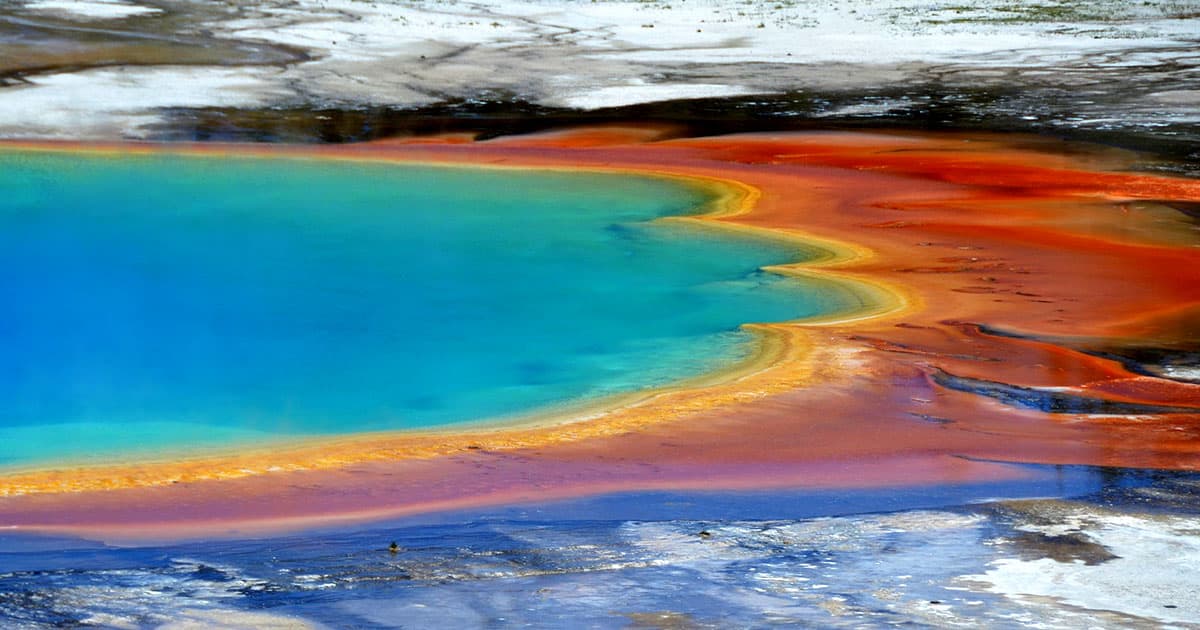 "What we have here is a super protein, and it comes from one of the most pristine wild places on the planet."

"What we have here is a super protein, and it comes from one of the most pristine wild places on the planet."

We’ve already seen companies turn to algae, yeast, and stem cells in the hunt for alternatives to animal protein.

“What we have here is a super protein,” CEO Thomas Jonas told Business Insider. “And it comes from one of the most pristine wild places on the planet.”

According to a press release, the Chicago-based company is developing a fermentation technology that would allow it to sustainably grow proteins with high nutritional value. It was inspired to pursue the tech by microbes living in Yellowstone National Park’s volcanic hot springs that can efficiently multiply under extreme conditions with limited resources.

“Curiosity and a passion for exploration led us to Yellowstone, one of the harshest ecosystems in the world,” Jonas said in the press release. “By observing how life optimizes the use of resources in this challenging environment, we have invented a way to make protein that is radically more efficient and gentler on our planet.”

According to a Bloomberg report, the company feeds the microbes starches, glycerin, or other common food components, and the microbes then multiply. The product that results from this process is highly versatile, Jonas told newspaper Chicago Inno, capable of taking “the form of a solid, liquid, or powder” that can be “savory or sweet.”

Sustainable Bioproducts just launched publicly on Monday with the news that it had raised $33 million from various sources, including a fund backed by Bill Gates, Jeff Bezos, and Richard Branson.

Business Insider reports that the company will use this money to build a production plant and begin creating several prototype products out of its protein.

But don’t expect to see a volcano-inspired alt-meat to hit your grocery store’s shelves any time soon — the company’s protein is still two years away from commercialization, according to the Chicago Inno story.

READ MORE: A Food Startup Backed by 2 Industry Giants Is Diving Into the Alt-Meat Market With a ‘Super Protein’ Enabled by a Discovery in Yellowstone’s Volcanic Hot Springs [Business Insider]

More on alt-meats: Impossible Burger 2.0: “I Couldn’t Tell It Wasn’t the Real Thing”

Going Meatless
There’s a Huge, Angry Backlash Against Fake Meat
10. 8. 19
Read More
Future Meat
This Is the Biggest Thanksgiving Ever for Fake Meat
11. 22. 18
Read More
A New Company Will Have “Fake Meat” on the Shelves Next Year
6. 28. 17
Read More
+Social+Newsletter
TopicsAbout UsContact Us
Copyright ©, Camden Media Inc All Rights Reserved. See our User Agreement, Privacy Policy and Data Use Policy. The material on this site may not be reproduced, distributed, transmitted, cached or otherwise used, except with prior written permission of Futurism. Fonts by Typekit and Monotype.