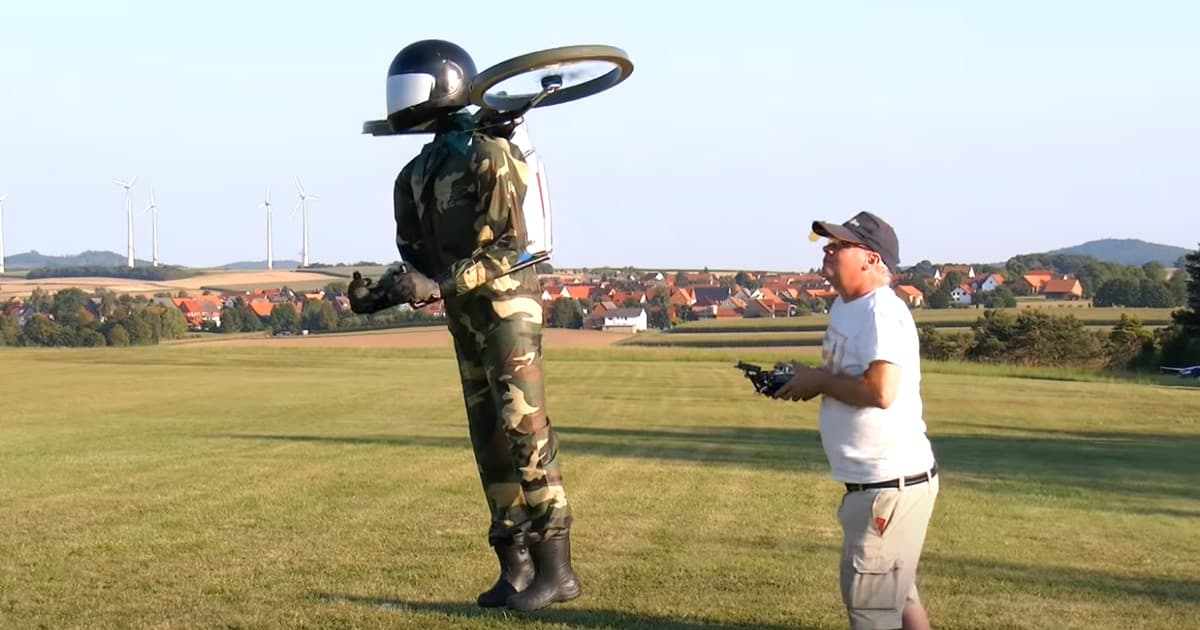 Airport Jetpack Sighting May Have Actually Been Person-Shaped Drone

In September, several pilots in the airspace near Los Angeles International Airport spotted something odd: what appeared to be "a guy in a jetpack," as one  bewildered pilot told LA’s tower, flying around 3,000 feet.

Several months later, and after investigation by local law enforcement, the FAA and the FBI, it's still unclear what the airline pilots saw. Even a December sighting caught on video did little to make sense of the phenomenon.

But according to a new report by The Drive, we have a new possible explanation: a drone hoisting an inflatable jetpack-wearing dummy.

As seen in the video embedded at the bottom of this post, a custom made drone built by German RC enthusiast Ralph Kayser, or something similar to it, could indeed probably fool unsuspecting airline pilots — at least from a distance.

"Mike Bumberger, our LEAP [Law Enforcement Assistance Program] Agent shared that the FBI interviewed the American Airlines pilot that made the jetpack sighting," John Blanco, the aviation safety manager at the Los Angeles Flight Standards District Office, wrote in a September email obtained by The Drive. "The pilot said what he saw was exactly like the drone in the YouTube video below."

Here's the YouTube video in question. To its credit, The Drive had also previously pointed to the exact same video as an explanation for the sightings.

The Drive also was able to cross out local personal aircraft maker Jetpack Aviation from the list of suspects. Emails obtained by the news outlet show that David Mayman, the chief test pilot at Jetpack Aviation, told investigators that they hadn't flown for months.

Mayman also told investigators that he didn't believe any jetpack operators would be able to sustain flight at 3,000 feet.