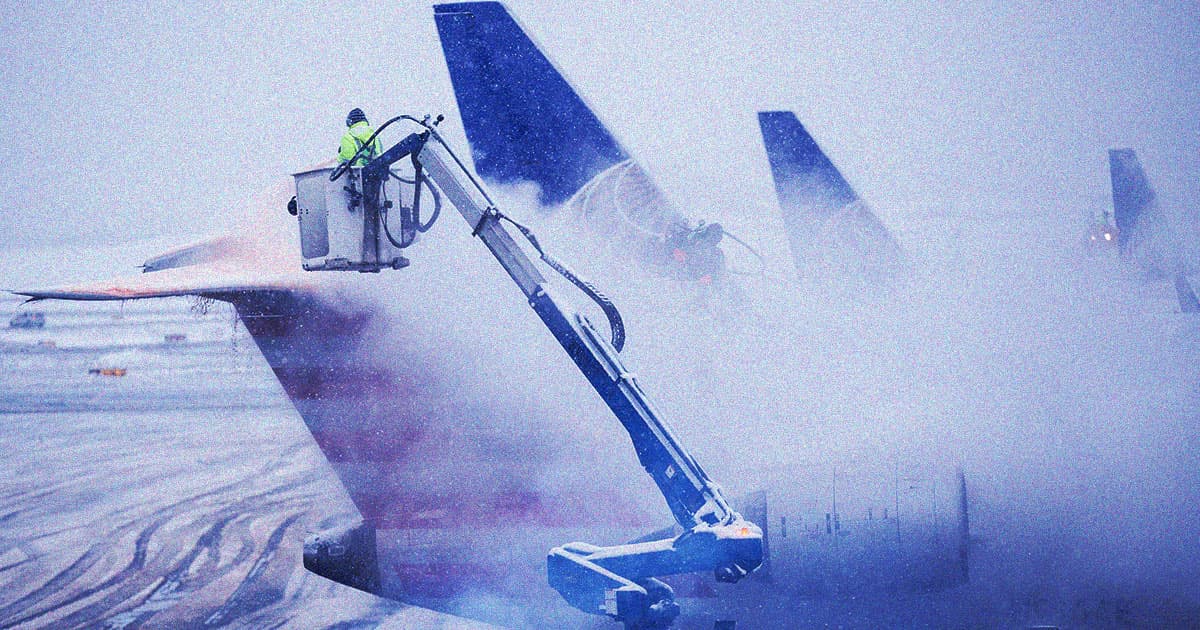 "To be blunt, the nation’s commerce will grind to a halt."

"To be blunt, the nation’s commerce will grind to a halt."

Grinding to a Halt

US airlines are warning that cutting edge 5G technologies could force the industry to its knees, The Guardian reports — and it has nothing to do with bogus 5G conspiracy theories.

The reasoning: the C-Band 5G tech that the telecom industry is eager to push out to airports could interfere with various airplane instruments including radio altimeters, equipment that tells the airplane how high it's flying in low-visibility conditions.

"This means that on a day like yesterday, more than 1,100 flights and 100,000 passengers would be subjected to cancellations, diversions or delays," reads a public letter, sent to the White House and signed by a number of US airline CEOs as well as UPS and FedEx.

"To be blunt, the nation’s commerce will grind to a halt," they warned.

The White House recently reached an agreement with AT&T and Verizon to roll out the technology at a select number of airports as part of a test.

It was a highly contentious issue that had more than just airline execs worried. Less than a day after the letter went out, the two carriers announced that they'll delay the rollout over to the concerns, The New York Times is now reporting.

That's on top of delays that had already pushed the rollout from December to early this month.

"To be very clear, we’re incredibly disappointed that we are at this point, that the entire US airline industry is facing major disruption as new wireless technology is activated," American Airlines CEO David Seymour wrote in a letter to staff, as obtained by the Times. "The two should be able to coexist, but that only comes with better understanding of potential impacts."

Telecom industry players have downplayed concerns, arguing the technology was already being safely used in parts of Europe. But opponents were quick to point out that 5G networks were implemented differently there.

READ MORE: AT&T and Verizon will change their 5G plans after airlines warn of flight chaos. [The New York Times]