This is beyond stupid. 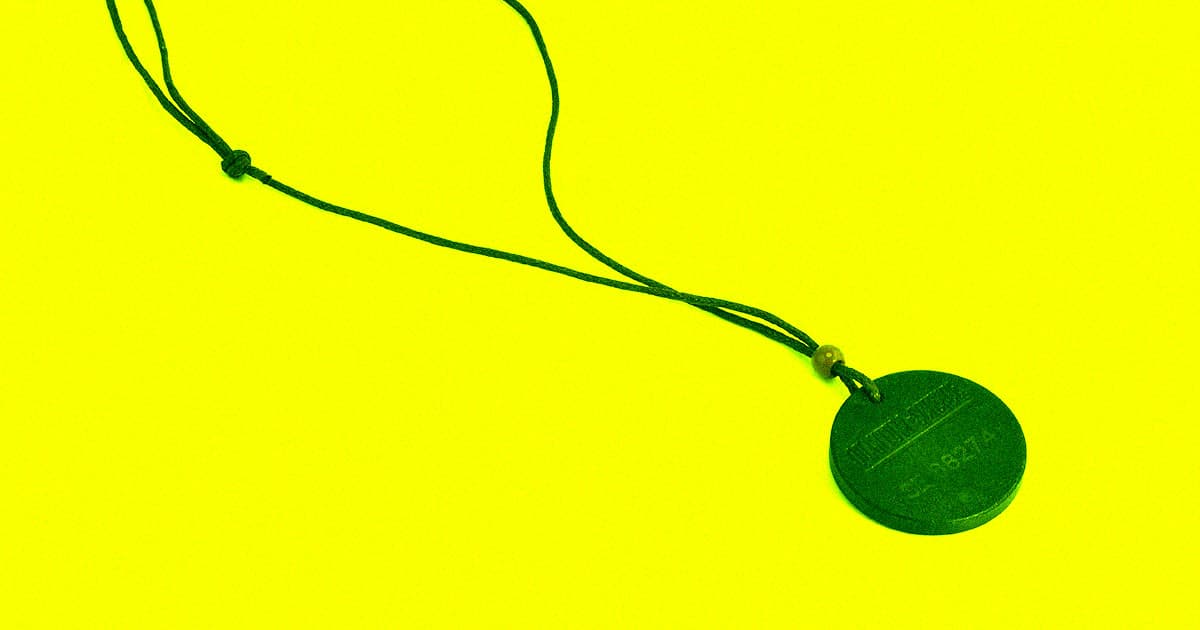 Nuclear experts in the Netherlands are warning against “anti-5G” pendants that some are wearing with the ridiculous idea that they’ll ward off harmful frequencies.

The problem? These products emit potentially harmful ionizing radiation — they’re literally radioactive, in other words — and could could cause negative health effects in the long run.

In short, the irony is palpable.

“Exposure to ionizing radiation can cause adverse health effects,” the Dutch authority for nuclear safety and radiation protection wrote in a statement highlighted by The Guardian. “Due to the potential health risk they pose, these consumer products containing radioactive materials are therefore prohibited by law.”

The agency warned that while the gadgets don’t give out intense levels of radiation, wearing such pendants 24/7 could eventually add up to levels exceeding “the stringent limit for skin exposure that applies in the Netherlands.”

The officials also listed ten products with ionizing radiation that consumers should stay the hell away from, including “quantum pendants” and bracelets “with negative ions,” marketed towards kids.

Conspiracy theorists have been on a years-long tirade against 5G tech, arguing that the completely harmless rays are actually dangerous — and could even be used to spread the coronavirus, however the heck that would work.

Things got so bad last year that broadband engineers in the UK were getting attacked on the streets, and cell towers were being set on fire by conspiracy theorists.

Even the World Health Organization had to spell out the obvious: 5G is safe, as far as we know.

Now, some of these believers are apparently turning to new kinds of jewelry, including products that could actually end up harming them — rather than protecting them from a nonexistent threat.

10.18.19 Cancer
Researcher Warns That 5G Might Actually Cause Cancer After All
5.15.22 Studies
Scientist Say They Might Be Able to Reverse Binge Drinking With Gene Editing
5.14.22 Devices
FDA Approves Vanilla-Flavored Underwear That Protect Against STIs
5.13.22 Studies
Scientists Claim to Bring Dead Human Eye Cells Back to Life
5.12.22
It’s Surprisingly Likely That You Have a Nasty Parasite in Your Eyeball

5.11.22 Studies
Injecting Spinal Fluid From Younger Mice Improves Memory in Elders, Scientists Say
Okay, that's pretty fascinating.
By Noor Al-Sibai / Read More >>
5.10.22 Treatments
Please, For The Love Of God, Don’t Let the Supreme Court Rush You Into a Vasectomy
"Vasectomies should be considered *permanent*."
By Noor Al-Sibai / Read More >>
5.10.22 Developments
More and More Tech Companies Offer to Help Employees Get Abortions
Welcome to America.
By Lonnie Lee Hood / Read More >>
Keep up.
Subscribe to our daily newsletter to keep in touch with the subjects shaping our future.
+Social+Newsletter
TopicsAbout UsContact Us
Copyright ©, Camden Media Inc All Rights Reserved. See our User Agreement, Privacy Policy and Data Use Policy. The material on this site may not be reproduced, distributed, transmitted, cached or otherwise used, except with prior written permission of Futurism. Fonts by Typekit and Monotype.