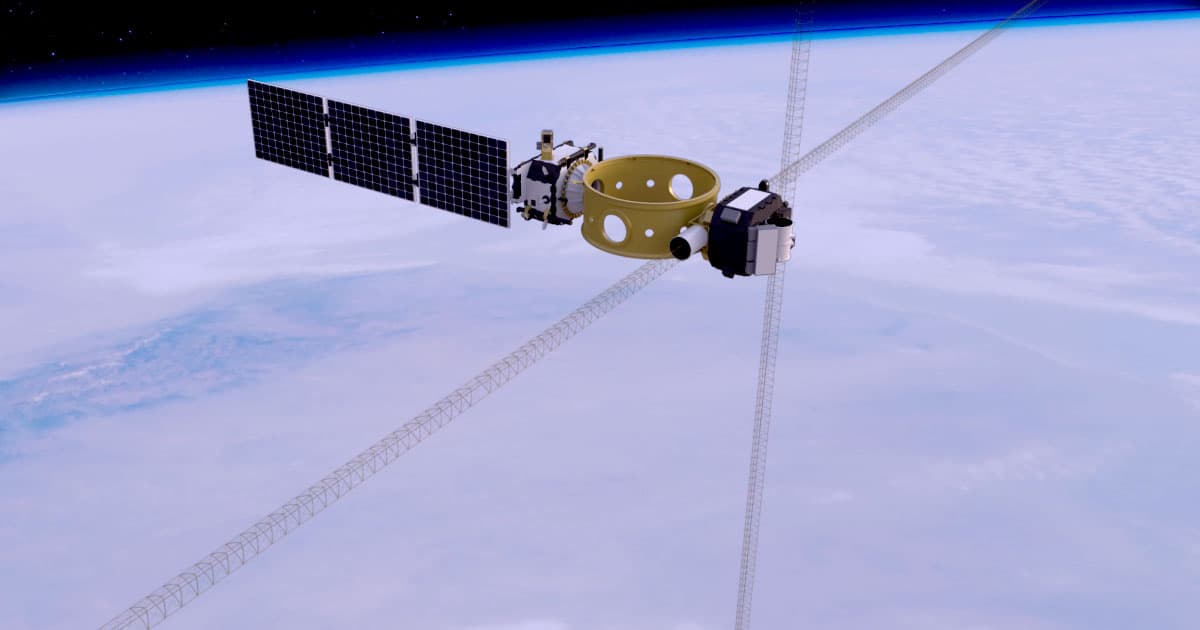 The US Air Force Launched the Largest Uncrewed Structure in Space

This epic piece of space tech is the size of a football field.

This epic piece of space tech is the size of a football field.

The US Air Force just confirmed that earlier this month it successfully deployed an experimental satellite nearly the size of a football field.

The satellite, called the DSX, was the largest passenger on a June SpaceX launch that brought two dozen satellites into orbit. It's also the largest human-made, uncrewed object to have ever been sent into orbit, according to SpaceNews.

The Air Force plans to use the DSX satellite to figure out how cosmic radiation might affect future spacecraft, SpaceNews reports, in a year-long mission that could help engineers build more resilient ships.

"This is a region where Very Low Frequency radio waves strongly interact with electrons that are hazardous to spacecraft," DSX principal investigator James McCollough said, per SpaceNews.

More on the launch: Elon Musk: This Is SpaceX's "Most Difficult Launch" Ever