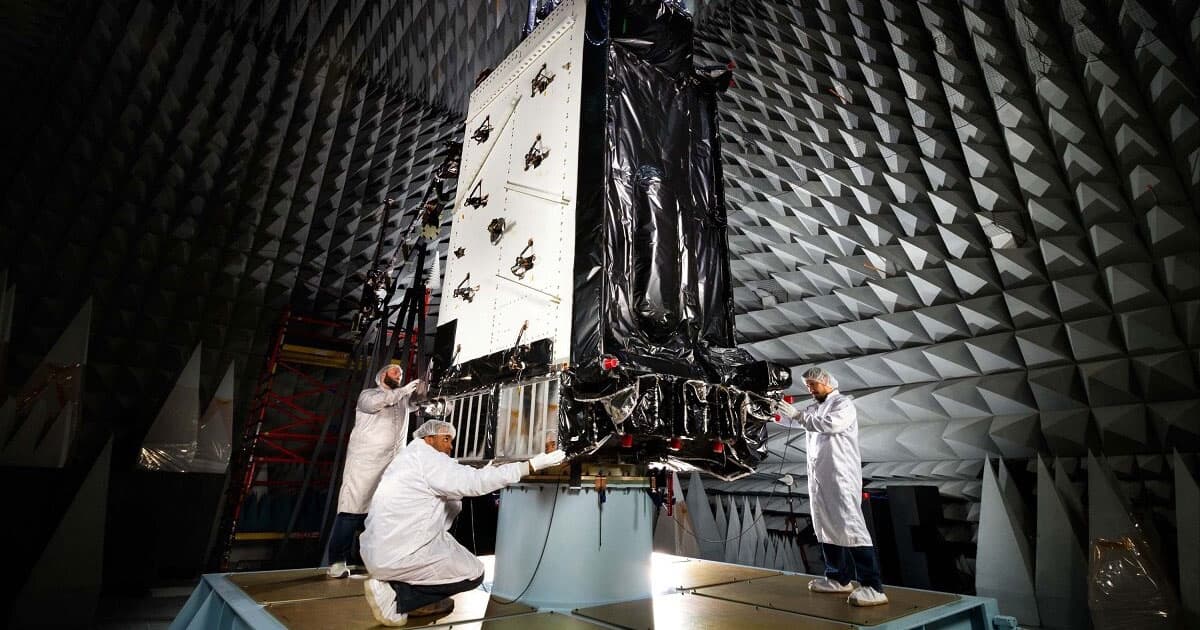 The Air Force Is Inviting Hackers to Breach a Satellite

"What they're going to do is try to take over the satellite by any means they find."

"What they're going to do is try to take over the satellite by any means they find."

The Air Force will soon issue an unusual invitation to white-hat hackers: infiltrate and take control of a military satellite orbiting the Earth.

The news comes one month after the Air Force invited hackers — under close supervision — to ransack the F-15 fighter jet's flimsily-secured software for vulnerabilities, Wired reports. The Air Force was reportedly so pleased with the results of that hack that it's continuing the program next year, ending a long tradition of closing itself off from outside experts to improve its cybersecurity.

Soon, the Air Force will request submissions from hackers who think they can handle its next challenge: taking over an active satellite's Earth-facing camera.

Hackers can either target the satellite itself or its terrestrial control station, Will Roper, Air Force assistant secretary for acquisition, technology, and logistics, told Wired.

"We will have opportunities for contestants to do both," he said. "But what they’re going to do is try to take over the satellite by any means they find."

During the F-15 hack, most of the problem areas reportedly came from specific components built by smaller contractors, Wired reports, which don't have the resources to secure their products as well as bigger companies like Lockheed Martin might.

By collaborating with hackers who excel at finding security flaws, Roper told Wired that he hopes the entire military cybersecurity supply chain can be patched up.

More on cybersecurity: Hackers Are Stealing Sensitive Documents From The U.S. Military And Selling Them