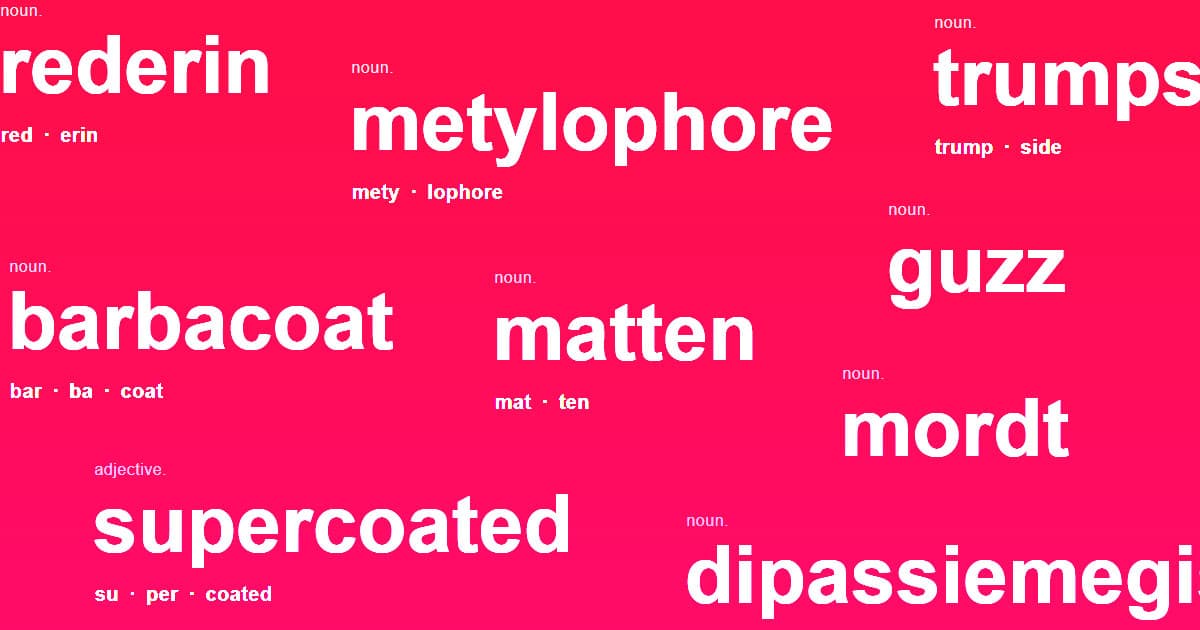 This Delightful AI Generates Words That Sound Real But Aren't

If we said "lachetous" meant a plant that grows on another plant, would you believe us?

If we said "lachetous" meant a plant that grows on another plant, would you believe us?

Have you ever heard of a lachetous vine? Maybe you just finished up some worryless tasks?

Those words sound vaguely familiar — perhaps you think you've heard them before but aren't sure you could explicitly define them. That's because they're gibberish — part of an endless stream of words conjured up by an algorithm programmed to make new words that sound as believable as possible.

The made-up words are generated by the website thisworddoesnotexist.com, which is a creation of former Instagram engineer Thomas Dimson, The Verge reports. Each time the site is refreshed, it comes up with a new word — with varying degrees of success.

Because GPT-2 wasn't trained on dictionaries — The Verge­ reports that it instead scraped 8 million websites from popular Reddit links — some of the new definitions are still a little bit off.

But AI-generated dictionary is still a notable accomplishment, given that understanding the meanings of words has long been one of the major limitations of modern-day artificial intelligence.

READ MORE: ThisWordDoesNotExist.com is rewriting the dictionary with the help of AI [The Verge]

More on GPT-2: This Grad Student Used a Neural Network to Write His Papers