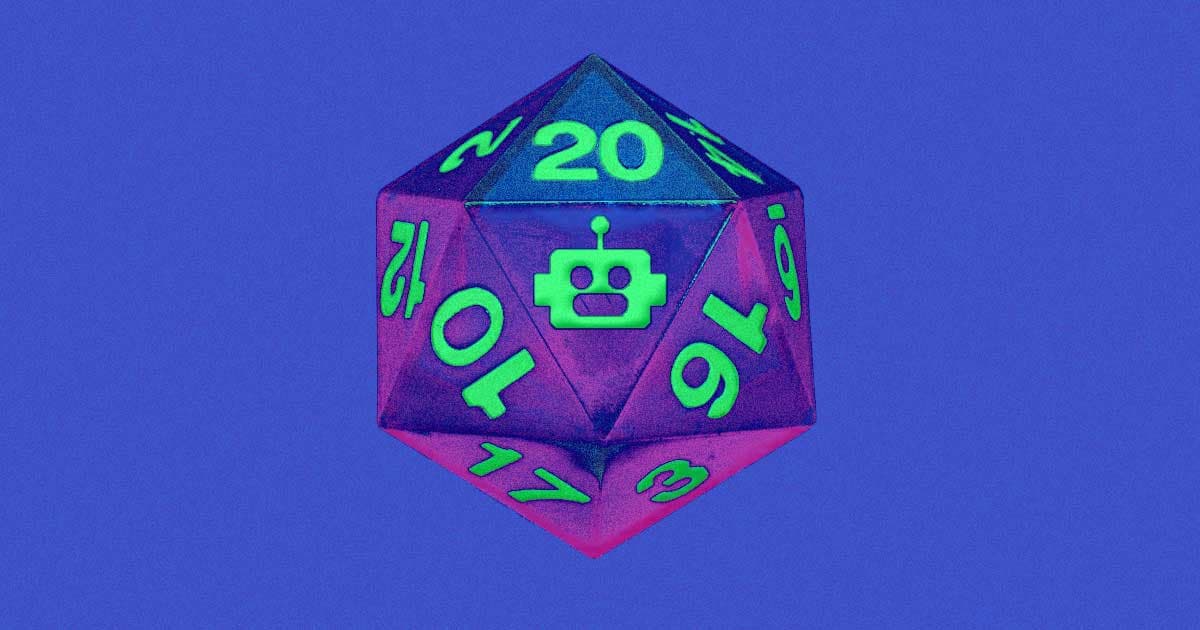 When AI development firm OpenAI released its GPT-2 algorithm, it warned that the tech was capable of flooding the internet with fake news and propaganda. What it didn't predict, however, is that the algorithm can also make a pretty effective dungeon master.

AI Dungeon 2 (playable here) uses the full-sized GPT-2 algorithm to bring players through a text adventure-style game that it writes in real-time based on the player's prompts and commands. The game isn't perfect — in my playing, it for some reason decided to name every single character "Dan" — but it's fascinating all the same to let a powerful AI system take the wheel and steer the game's journey.

AI Dungeon 2, created by engineer Nick Walton, is a far cry from a similar game, called GPT Dungeon, built around a substantially weaker version of GPT-2. GPT Dungeon, made by Northwestern grad student Nathan Whitmore, was largely incoherent, but the stronger algorithm allows AI Dungeon 2 able to retain and remember settings, characters, and other basic elements of storytelling that usually elude artificial intelligence.

Playing the game, I spent most of my time trying to get to the bottom of the whole Dan situation, following a mysterious Dan to a neighboring village, and delighting in a feast of fresh vegetables.

Meanwhile, AI scientist Janelle Shane wrote in her blog and tweeted about a much more exciting adventure, in which she ate the moon, competed in a baking contest with giraffes, and befriended skeletons.

Editor's note: An earlier version of this article incorrectly attributed credit for developing the text adventure games. It has been updated.

More on AI text adventures: A Neural Network Dreams up This Text Adventure Game as You Play