Here's where you can play a trippy game that literally writes itself. 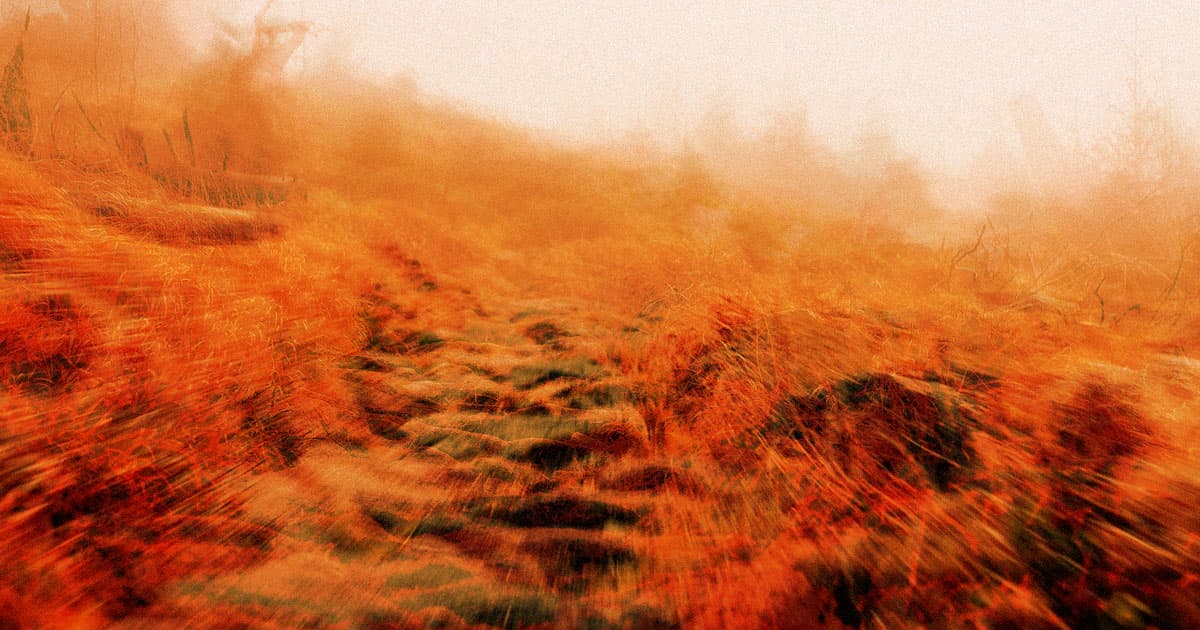 I just got hopelessly lost in a bizarre new text adventure game, but for once it wasn’t entirely my fault.

That’s because the game, appropriately named GPT Adventure, is generated as I play by a neural network that was trained on transcripts of existing text adventure games. It’s like a strange, dreamlike version of 1970s text adventures like “Zork” or “Adventureland.”

The game was created by Northwestern University neuroscience graduate student Nathan Whitmore. In his blog, Whitmore writes that he was inspired by the Mind Game, a fictional game generated in real-time by AI in the sci-fi novel “Ender’s Game.” GPT Adventure — which you can play here — isn’t that sophisticated, but the experiment is a fascinating glimpse into the future of procedurally-generated video games.

To play, you’ll first need to click the “open in playground” link towards the top left of the screen, then hit the “play” arrow icon that appears in the brackets at the start of the setup section. Once it’s ready, you can click play and start entering commands.

The game uses GPT-2, the infamous fake news-writing algorithm created by OpenAI. Like most AI systems, the game tends to forget what it already told the player, transporting them willy-nilly through various chambers and corridors whether they like it or not.

While the experience might be jarring for someone making a serious attempt to “complete” the game — which according to Whitmore has no end — it was a delightful adventure into the metaphorical mind of the AI.

At one point, the game informed me that there was a hole in the floor. When I issued the command “jump down hole,” the game responded with an unusual plea: “PLEASE, LET ME JUMP DOWN THE HOLE FIRST.”

I told it that it could go first, and it transported me into a chamber with a cannon full of water that I failed, despite multiple attempts, to drink. I couldn’t escape the amorphous coal mine that it trapped me in, so I gave up and said “TELEPORT to Mars.” It worked. All in all, Futurism gives this game a 10 out of 10.

READ MORE: Shall we play a game? A GPT-2 text adventure [Quick, to the rat cave!]

Read This Next
Neural Networking
Welcome to “Robot Hell”! Meet the Deranged Genius Who Created an AI Version of @Dril
Bot-icelli
Sorry, But There’s No Way Tesla Is Selling a Humanoid Robot Next Year
Botsexual
Man Credits Affair With AI Girlfriend For Saving His Marriage
Power Hungry
Scientists Warn That Ad-Targeting Neural Networks Could Use “Infinite” Energy
Mmmm... Deepfakes
Neural Networks Generate Demonic Simpsons Characters Straight From Hell
More on Artificial Intelligence
Ay Gee Eye
May 19 on the byte
Google Says It’s Closing in on Human-Level Artificial Intelligence
Rob's Removal
Apr 29 on futurism
Deepfaked Robert Pattinson TikTok Account Mysteriously Nuked
Oh No
Apr 28 on futurism
Man Married to Hologram Can’t Talk to Wife Due to Software Glitch
READ MORE STORIES ABOUT / Artificial Intelligence
Keep up.
Subscribe to our daily newsletter to keep in touch with the subjects shaping our future.
+Social+Newsletter
TopicsAbout UsContact Us
Copyright ©, Camden Media Inc All Rights Reserved. See our User Agreement, Privacy Policy and Data Use Policy. The material on this site may not be reproduced, distributed, transmitted, cached or otherwise used, except with prior written permission of Futurism. Fonts by Typekit and Monotype.