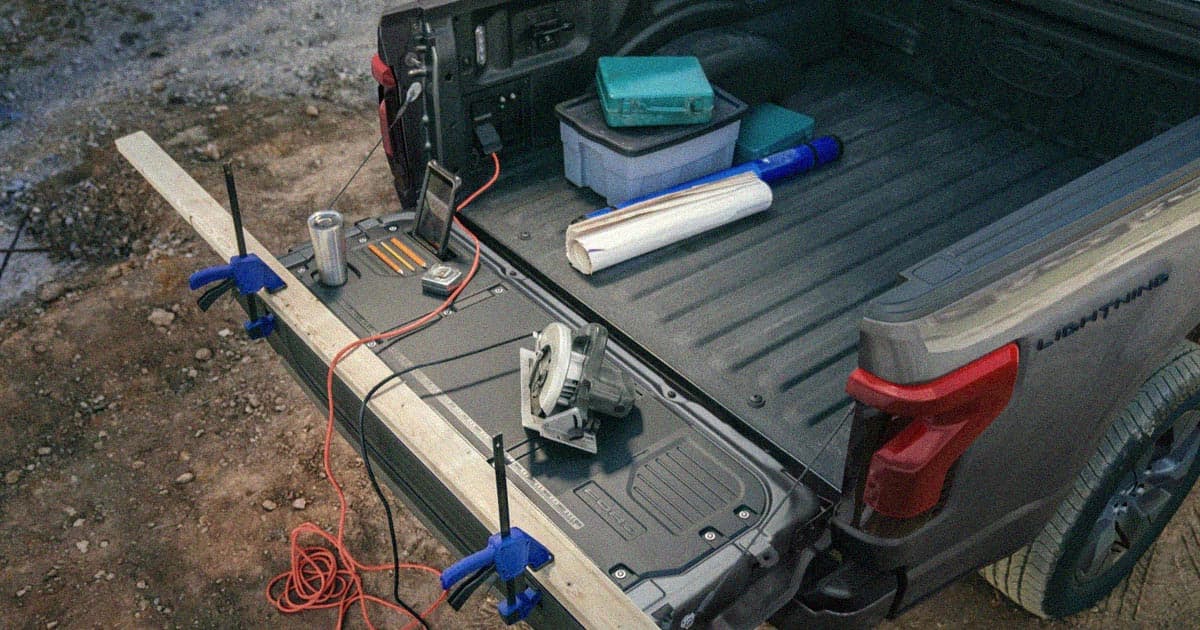 "We can help all those poor dead Teslas."

"We can help all those poor dead Teslas."

If there's one thing truck owners love doing, it's towing other people's stuck cars out of mud, ditches, and any predicament that might require a tow strap or a winch.

Ford trucks — with the company's "Built Ford Tough" motto and slew of advertisements about power — are no exception. Now, there's a way for electric Ford-150 Lightning drivers to help others in need.

On Sunday, one Lightning owner shared a photo — spotted by The Verge — of a new Tesla-compatible charging adapter that Lightning owners can use to charge the competitor's battery.

"Here you go! Lightning to the rescue. We can help all those poor dead Teslas," the owner wrote in a Lightning forum.

The J1772 Adapter is made by an EV charging company called Lenz, so it's aftermarket, but still pretty cool.

Most importantly, the adapter allows Lightning owners to troll Tesla owners about whose battery is the biggest, and Ford lovers in the forum wasted no time getting to work.

The only problem with the poster's plan to run around charging dead Teslas is that there aren't that many Lightning drivers behind a physical steering wheel just yet. The first retail customer order was delivered at the end of May — and in an ironic twist of fate, actually went to a guy who originally wanted a Tesla Cybertruck.

So while shipments are ongoing, we're not likely to see a vigilante charging brigade any time soon.

More on electric vehicles: Tesla Shows Off Cybertruck But There Are A Bunch of Wires Ripped Out of the Steering Wheel For Some Reason