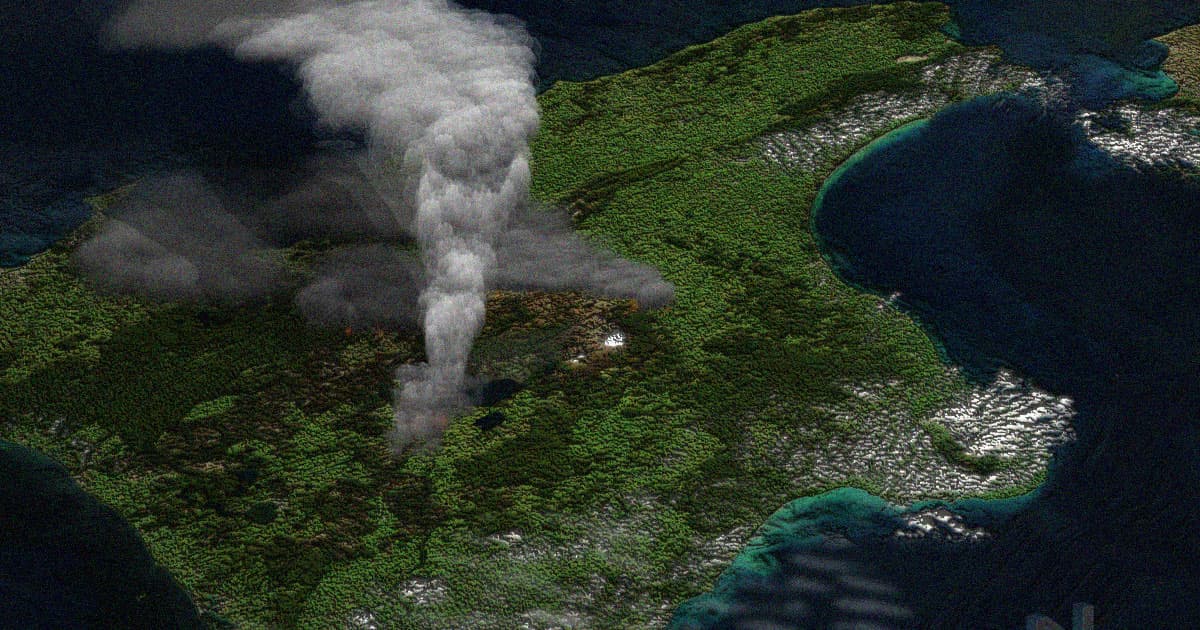 Active Supervolcano Is Causing Ground Above It To Shift, Study Finds

Lake Taupō, at practically the size of a sea, is the largest in New Zealand. Brimming beneath its serene surface is something much more destructive, however: one of the world's most hazardous volcanoes.

And ominously, scientists say the ground above it is shifting, according to a just-published paper, as magma moves under the surface. But it’s not going to erupt yet, they say.

The Taupō Volcano is one of the most potentially destructive in the world, having been active 25 times in the past 12,000 years, according to the study’s authors. The supervolcano was responsible for one of the largest eruptions in human history, in 232 CE — and since then, it's been fairly quiet. Until now.

Thanks to data collection in the lake beginning in 1979, the authors of the paper discovered a foreboding trend: the ground in the north and south of the lake has been falling by a total of 140mm over those 42 years. Meanwhile, punctuating those periods of falling are brief spurts of the ground rising in the northeast, usually between 25 and 60mm each time.

In other words, the ground in the lake is shifting substantially, due to what the authors say is magma moving under the surface and tectonic faults.

"This shows that Taupō is an active and dynamic volcano which is intimately connected with the surrounding tectonics," said study co-author Dr. Finn Illsley-Kemp in a press release.

While the paper ultimately concludes Taupō's not gonna blow anytime soon, the authors stress the importance of closely monitoring the volcano's activity and augmenting current data collection techniques to help predict precursors to a potential eruption.

"This raises the question, how long has this been happening?" Illsley-Kemp asked, speaking to the New Zealand Herald. "When will it stop? And what does this tell us about the potential for future eruptions?"

More on volcanoes: Tonga Eruption Was 500 Times Stronger Than an Atomic Bomb

Ocean Explosion
Hey Kids, Wanna See Satellite Footage of a Volcano Violently Erupting?
Jan 15
Read More
Nasa Has a $3.5bn Plan to Save the Planet From the Yellowstone Supervolcano
8. 25. 17
Read More
NASA Has a $3.46 Billion Plan to Ensure the Yellowstone Supervolcano Doesn’t Erupt
8. 23. 17
Read More
+Social+Newsletter
TopicsAbout UsContact Us
Copyright ©, Camden Media Inc All Rights Reserved. See our User Agreement, Privacy Policy and Data Use Policy. The material on this site may not be reproduced, distributed, transmitted, cached or otherwise used, except with prior written permission of Futurism. Fonts by Typekit and Monotype.