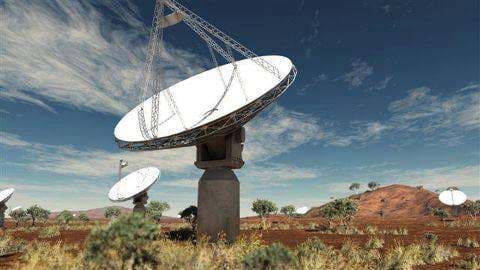 As you might be able to tell by the name, the Australian Square Kilometre Array Pathfinder (ASKAP) is a radio telescope. Because of ASKAP, Australia will be home to the next leap forward in radio telescope technology. These radio telescopes will help students at universities, as well as astronomers and astrophysicists, provide answers to questions regarding the origins of the universe—questions that can only be answered if we look deeper into the cosmos than ever before, which is just what ASKAP does. This telescope will help us understand the origins of the early universe by observing some of the earliest forming nebulae and galaxies, and also offer important information on cosmic magnetism.

ASKAP will provide the highest resolution images in astronomy; it will require high powered computer servers greater than the current global Internet needs. This is truly high-performance computing; in one month, it will generate more information than is contained in the world's academic libraries.

The array, which was built by CSIRO, has a budget of €135 million. It will tune in with other global radio telescopes to get some of the deepest looks into the universe. ASKAP was built out in the mid-west region of Australia (or, as most Australians know it, "the Middle of Nowhere"). About three-fourths of the telescopes will be placed in Western Australia. The rest will be spread throughout the Northern Territory, Queensland, NSW, Victoria, South Australia, Tasmania, and New Zealand. ASKAP had to be built far from any cities with radios, mobile signals, etc., as scientists didn't want these signals interfering with the telescopes and finding false data.

For its first five years of operation, ASKAP will be used for large survey science projects, each needing more than 1500 hours to complete. It uses a frequency of 1.5 GHz, 300 MHz instantaneous bandwidth with high-resolution and continuum modes. This will be a major step ahead of current radio telescopes built. ASKAP also uses 36 radio dishes that have a diameter of 12 meters (39 feet) each.