The Ambulance of the Future: Meet the AirMule 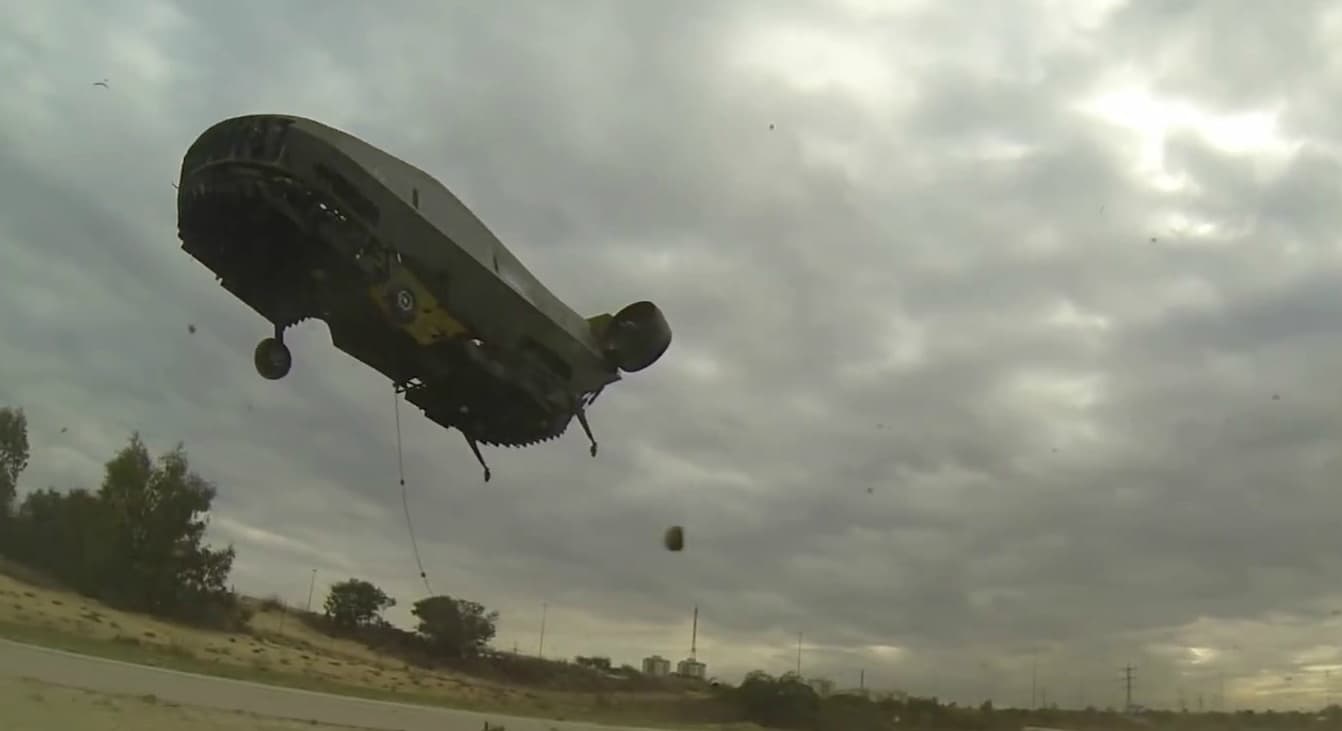 The AirMule is more compact than a helicopter, and more maneuverable than an ambulance. In fact, it could take the place of both sometime in the future.

The unmanned, single-engine, VTOL (Vertical Take Off and Landing) aircraft developed by Tactical Robotics has many planned uses. From extracting soldiers from a battlefield, to traversing wooded terrain with a heavy payload, the robot can almost do it all.

Emergency responders of all kinds would benefit from the technology. Tactical Robotics imagines the robot being useful in challenging situations, such as earthquakes and floods. The ability to quickly deliver water, food, and medical supplies directly to affected populations—no matter how isolated—will save lives. In addition, the robot can fly during nuclear, biological, or chemical emergencies, and in other situations that would pose a hazard to humans.

In terms of day-to-day use, the AirMule can be used as a cost-effective-alternative to the helicopter. It can inspect bridges, spray agriculture, and work near electric grids. Basically, there is very little that this tech can't be used for.

The Tactical Robotics website shares that the AirMule is capable of quite a bit:

The Israeli company behind the AirMule reports that the craft successfully made its first untethered autonomous flight at the Megiddo airfield in northern Israel. Tactical Robotics will now complete further tests, including a "beyond line of sight" flight.

"All in all, we expect that in 2016 we will finally be able to demonstrate some of AirMule's unique capabilities," says the company. So look for this flying ambulance coming to a hospital near you.

Read This Next
From Our Partners
Save Over 70% On This Drone for Cyber Week
From Our Partners
Enjoy Pre-Black Friday Savings On This Sterilizing Robot That Kills Viruses and Germs
From Our Partners
Command A Mini Robot Arm With This Pre-Black Friday Deal
From Our Partners
Capture Great Shots In 4K With This Dual HD Drone
From Our Partners
Build A Cyberpunk Arsenal With These Robot Kits
More on Sci-Fi Visions
Butcher Shop
1:07 AM on futurism
Neuralink Employees Admit Company Has Killed 1,500 Animals So Far
HIV Vaccine
Dec 2 on neoscope
Scientists Hopeful About Promising Results From HIV Vaccine
LIfe Finds a Way
Dec 1 on the byte
Billionaire Private Astronaut Suggests Reviving Dinosaurs
READ MORE STORIES ABOUT / Sci-Fi Visions
Keep up.
Subscribe to our daily newsletter to keep in touch with the subjects shaping our future.
+Social+Newsletter
TopicsAbout UsContact Us
Copyright ©, Camden Media Inc All Rights Reserved. See our User Agreement, Privacy Policy and Data Use Policy. The material on this site may not be reproduced, distributed, transmitted, cached or otherwise used, except with prior written permission of Futurism. Articles may contain affiliate links which enable us to share in the revenue of any purchases made.
Fonts by Typekit and Monotype.