Greek authorities have met with Tesla with discuss a collaboration. 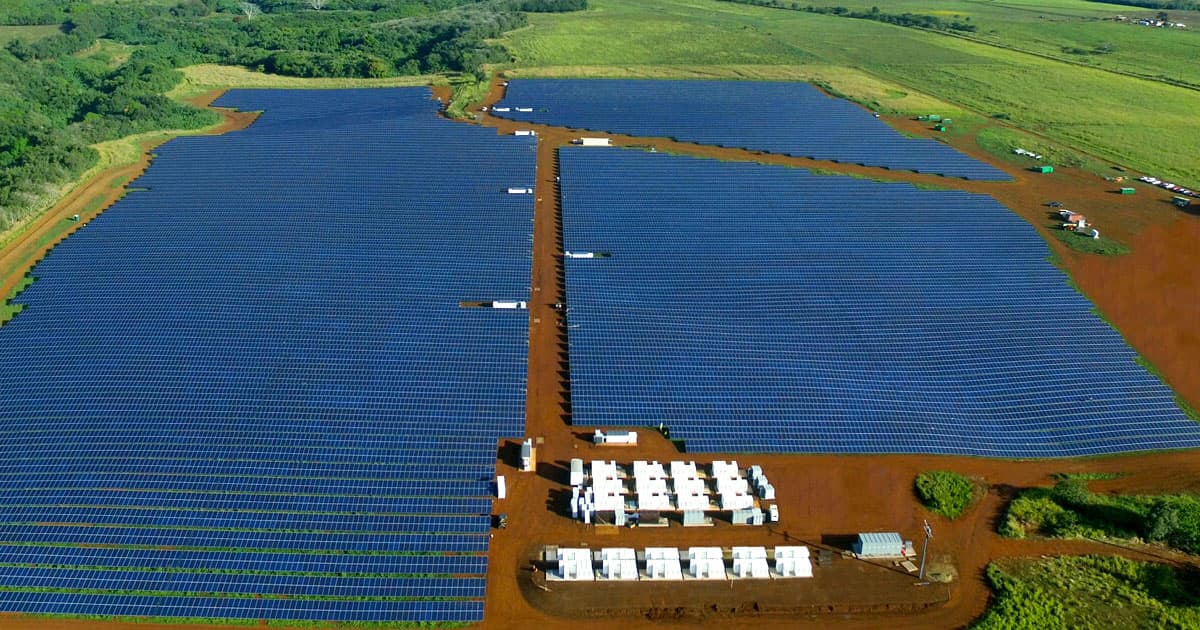 Greece is made up of thousands of islands, hundreds of them inhabited. That makes building a reliable electric grid in the European country a major challenge.

But advanced energy storage and solar panel technology could make it a lot easier to ensure that every Greek citizen has a dependable source of energy — especially with the help of Elon Musk's electric vehicle and infrastructure company Tesla, which has reportedly met with the Greek Minister of Environment and Energy George Stathakis to discuss ways Greece could use its Powerpack technology.

Greece wouldn't be the first island nation to benefit from Tesla's tech. Tesla installed a Powerpack system on the island of Ta'u in American Samoa in 2016, and helped bring power back to Puerto Rico last year.

In a statement issued to the Greek newspaper Capital, the Ministry of Environment said that a partnership with Tesla could "prove to be extremely beneficial" in creating "smart energy islands," according to Google Translate.

Tesla and the Greek government, according to Electrek, are planning to set up a pilot project on Limnos, the eighth largest island in Greece. They chose Limnos thanks to its relatively small size and low electricity demand in the summer, Greek energy portal Energy Pass reports. The idea is for a large solar farm to generate energy, which will be stored in a Tesla Powerpack facility.

Moving away from non-renewable energy sources like diesel is a good thing. Besides, collecting solar energy in a sunny place like Greece is a no-brainer.

Editor's note Jan 15, 2019 at 9:50 PM ET: The subhead of this story has been updated to reflect that the pilot project has not started.

Read This Next
Fusion Futility
Elon Musk Slams Fusion, Says Future of Energy Is Wind and Solar
Mine! Mine!
Elon Musk Suggests Tesla Might Start Mining Lithium
World is on Fire
UN Calls Elon Musk's Bluff, Providing Detailed Plan to Prevent World Hunger
Bigger in Texas
Elon Musk, Who Moved to TX For Less Regulation, Is Furious That the Power Went Down
Piercing The Hype
If Graphene Batteries Do Everything Scientists Say, They Could Be a Gamechanger
More on Earth & Energy
Hot Take
4:09 PM on the byte
The World's Largest Volcano Is Erupting for the First Time in Nearly 40 Years
Sun Shield
Nov 23 on futurism
Scientists Increasingly Calling to Dim the Sun
Oversharing 101
Nov 21 on the byte
Bill Gates Reflects on Drinking Product of Fecal Sludge
READ MORE STORIES ABOUT / Earth & Energy
Keep up.
Subscribe to our daily newsletter to keep in touch with the subjects shaping our future.
+Social+Newsletter
TopicsAbout UsContact Us
Copyright ©, Camden Media Inc All Rights Reserved. See our User Agreement, Privacy Policy and Data Use Policy. The material on this site may not be reproduced, distributed, transmitted, cached or otherwise used, except with prior written permission of Futurism. Articles may contain affiliate links which enable us to share in the revenue of any purchases made.
Fonts by Typekit and Monotype.