"They basically robbed him and are demanding a ransom to get back what he had before." 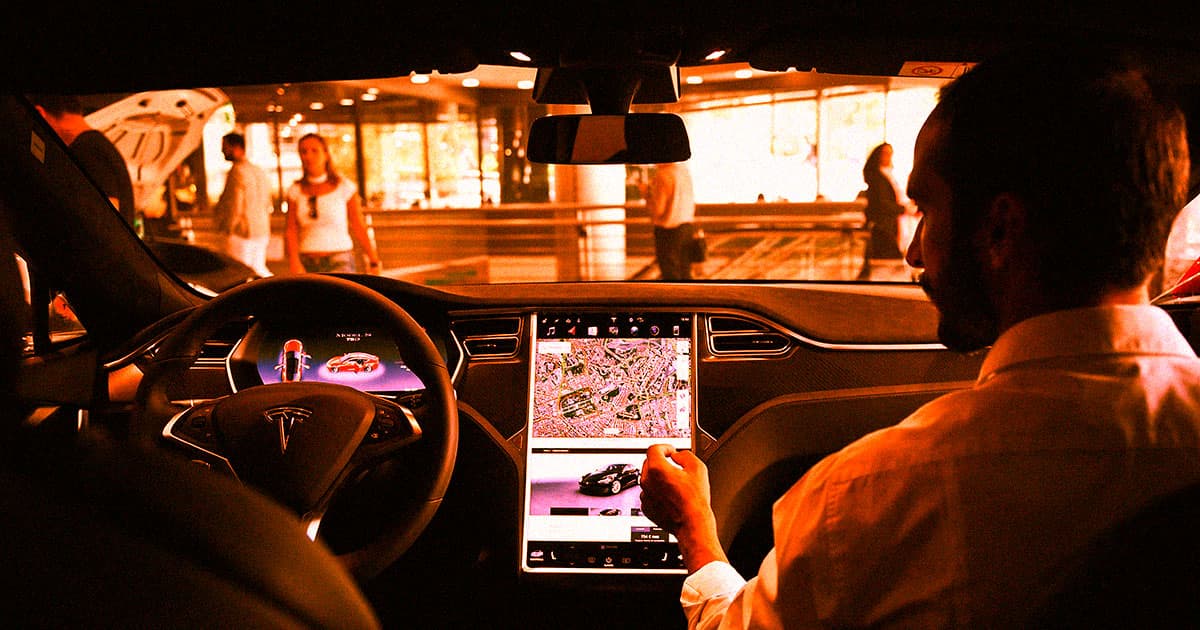 Buying a used Tesla comes with some inherent risks.

A major one is that you can't count on being able to access all of the features the car was originally sold with, in an unfortunate side effect of the increasingly internet-connected vehicles that Tesla itself pioneered.

In the latest example, a motorist who bought a used 2013 Model S is now being forced to pay $4,500 to unlock the full range of the vehicle, according to a now-viral Twitter thread by Jason Hughes, the founder of unofficial Tesla service center 057 Technology.

Here's how it went down, according to Hughes. The vehicle, which had been been sold twice before, originally came with a 60 kWh battery that was upgraded under warranty years later to a 90 kWh one by Tesla.

In other words, it was still technically a Model S 60, but with the battery and range of a Model S 90.

The latest owner then had the onboard computer upgraded at Tesla — and that's when the problems started.

"Later on, while the car is parked in his driveway, Tesla calls him to tell him that they found and fixed a configuration mistake with his car," Hughes wrote. "They remotely software locked the car to be a 60 again, despite having been a 90 for years."

"He now has [about] 80 miles less range," Hughes continued, which is the equivalent of losing a third of the vehicle's usable range "remotely with no warning."

"They basically robbed him and are demanding a ransom to get back what he had before," the self-described "head tinkerer" argued. "That's just wrong."

According to Hughes, the owner tried to reason with Tesla for a while "with no progress."

Hughes attempted to solve the issue himself, but didn't get far.

"There's hacky ways around this, but none are ideal," he tweeted. "Tesla won't help him at all."

It's far from the first time Tesla remotely disabled features in used vehicles. In 2020, for instance, a dealer found that both Enhanced Autopilot and Full Self Driving Capabilities, roughly $8,000 in value at the time, were suddenly removed from a used 2017 Model S.

It's not good for the reputation of the company's customer service, and also raises serious questions about the resale, maintenance and long term value of its vehicles.

According to a recent survey by retail service tracking company Pied Piper, EV makers like Tesla and Rivian are falling behind other traditional automakers when it comes to customer satisfaction. Tesla came in at 21 out of 25 premium automotive brands represented in the survey.

Hughes is clearly interested in Teslas — he runs a garage for them, after all — but even he expressed mixed feelings about the range issue.

"I'm not a fanboy or hater," Hughes admitted. "I'm just realistic. They do something dumb, I point it out. Something awesome? Yeah, I note that too."

Futurism has reached out to Tesla for comment, but we're not holding our breath, as the company dissolved its PR department in 2020.

More on Tesla: Tesla Semi Spotted With Huge Mysterious Mural on Its Side

Read This Next
Kiddy League
Tesla Fans Put Child in Path of Moving Tesla on Self-Driving Mode
Where's Musko
7 Theories About Why Elon Musk Has Disappeared
tesla recall
Tesla Accused of Shutting Off Autopilot Moments Before Impact
Fiery Furnaces
Firefighters Struggle as Junkyard Tesla Bursts Into Flames Weeks After Crash
New Low Score
Tesla Reportedly Giving Full Self-Driving Beta to Basically Anybody Now
More on Advanced Transport
Tesla Troubles
Yesterday on the byte
California Wants Tesla to Stop Calling Half-Finished System "Full Self-Driving"
Guess Again
Monday on the byte
Tesla Mistakes Horse and Buggy for Murderous Semi Truck
Financial Autonomy
Monday on the byte
New App Rents a Whole Electric Car for $500 Per Month
READ MORE STORIES ABOUT / Advanced Transport
Keep up.
Subscribe to our daily newsletter to keep in touch with the subjects shaping our future.
+Social+Newsletter
TopicsAbout UsContact Us
Copyright ©, Camden Media Inc All Rights Reserved. See our User Agreement, Privacy Policy and Data Use Policy. The material on this site may not be reproduced, distributed, transmitted, cached or otherwise used, except with prior written permission of Futurism. Fonts by Typekit and Monotype.