But some question the ethics of experimenting on prisoners. 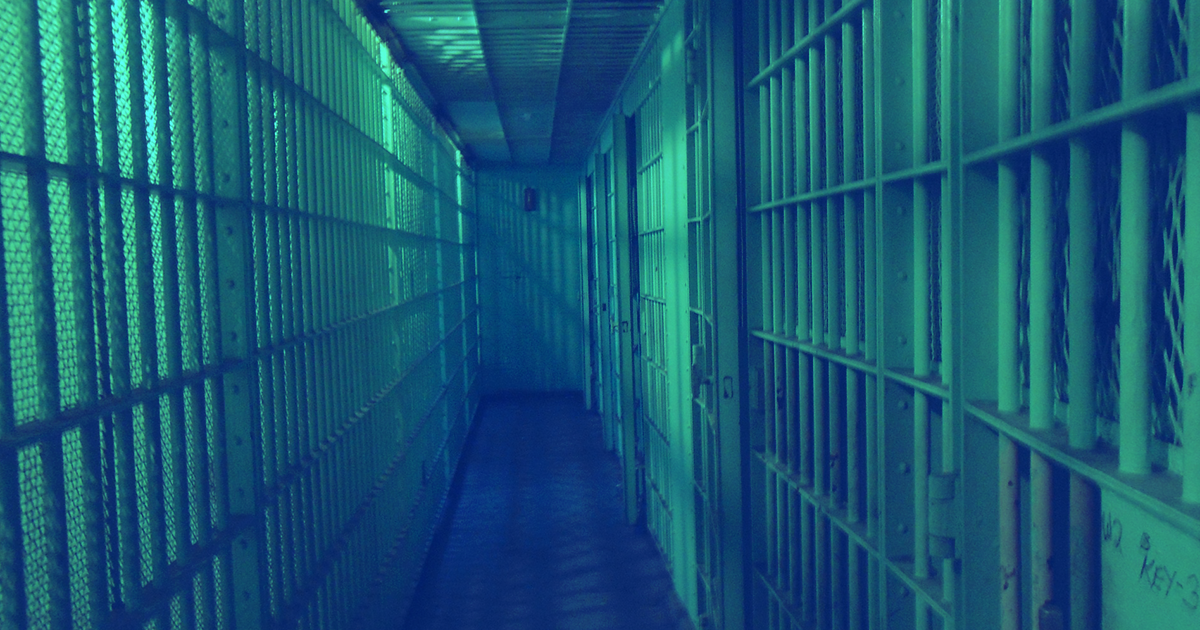 Prisons are often rife with violence. But that might change if an upcoming experiment has the desired effect — and if society can stomach the ethical implications of tinkering with inmates' brains.

Researchers from Spain's University of Huelva told New Scientist they'll soon launch a study to see if they can calm the violent urges of Huelva Prison's inmates by treating them with transcranial direct current stimulation (TDCS) — in other words, by zapping the inmates' brains with electricity.

"The study is to try to find out if TDCS has an effect on different assessments of aggression," project lead Andrés Molero-Chamizo told New Scientist. "It could help to keep order inside a prison."

The researchers plan to enlist a minimum of 12 male volunteers serving murder sentences. For three days in a row, they'll strap electrodes to each man's head and turn on an electric current for 15 minutes, a process they say is painless.

At the beginning and end of the experiment, each subject will answer whether or not he agrees with a set of statements, such as "once in a while, I can’t control the urge to strike another person."

In addition to this self-reporting, the team also hopes to collect samples of each man's saliva to look at their cortisol levels, to investigate whether the stress hormone could provide insight into the inmate's aggression.

This isn't the first time the University of Huelva team has tested the ability of electrical brain stimulation to curb inmates' violent tendencies — in January, they published the results of another study featuring a group of 41 prisoners. That experiment focused on a different kind of TDCS, but it produced promising results.

However, some question the ethics of experimenting on prisoners at all.

“I would have big concerns about this," forensic psychiatrist Delaney Smith told New Scientist. "Prison is an inherently coercive environment. Prisoners could always be thinking that this might be beneficial to their case in the future."

Still, if TDCS is able to help prisoners curb their violent urges, it could be a promising means of keeping inmates safe while they do their time behind bars.

Read This Next
TeenCam
Chicago is Making Teens Wear Ankle Monitors That Record Audio
Locked Up 2.0
Hong Kong Has a Plan to Make All of Its Prisons “Smart”
Voice Surveillance
U.S. Prisons Are Covertly Gathering Inmates' Biometric Voice Data
Fake News
India's Government Blames Facebook's WhatsApp for Mob Violence
Futurism
Here's How Blockchain Could Be Used for Gun Control
More on Future Society
Gone Guy
Jul 3 on the byte
Man Who Accidentally Got Paid 330x His Salary Quits, Disappears
Wipe It
Jul 3 on the byte
Google Says It Will Automatically Delete Abortion Clinic Visits From Users' History
Vatican Vagrant
Jul 2 on the byte
Elon Musk Takes Flabbergastingly Awkwardly Picture With the Pope
READ MORE STORIES ABOUT / Future Society
Keep up.
Subscribe to our daily newsletter to keep in touch with the subjects shaping our future.
+Social+Newsletter
TopicsAbout UsContact Us
Copyright ©, Camden Media Inc All Rights Reserved. See our User Agreement, Privacy Policy and Data Use Policy. The material on this site may not be reproduced, distributed, transmitted, cached or otherwise used, except with prior written permission of Futurism. Fonts by Typekit and Monotype.