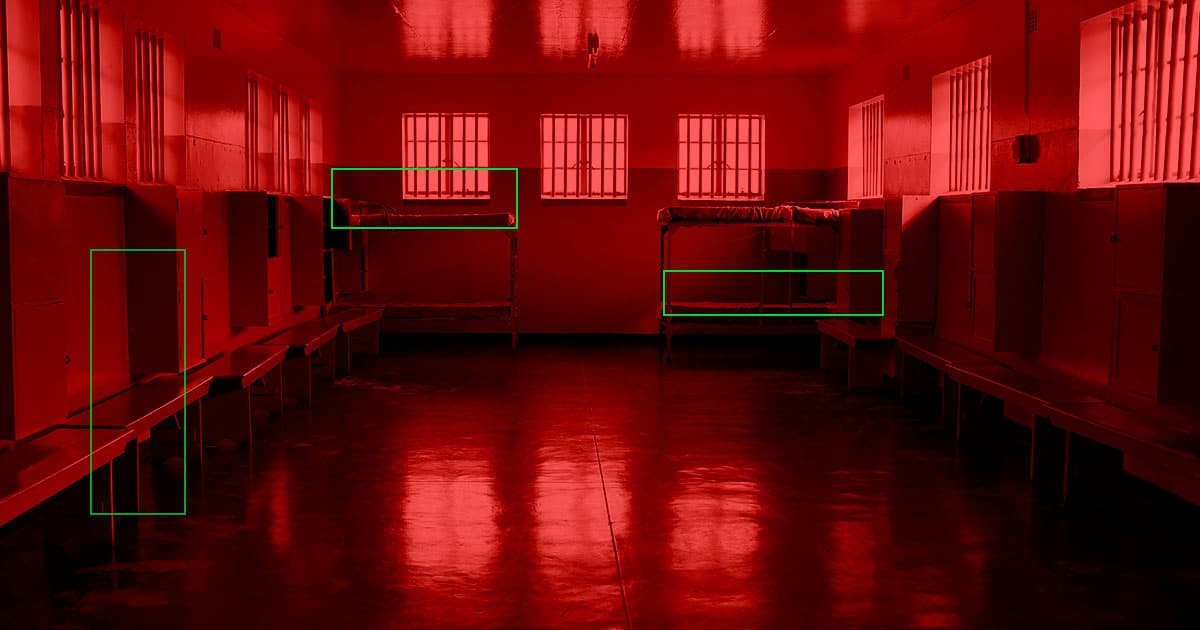 Keeping prisoners safe while their do their time is no easy task — inmates can overdose on smuggled drugs, fight with fellow prisoners, or even harm themselves.

Now, Hong Kong has a plan to use robots, wearables, and other internet of things technologies to improve how it manages the 8,300 inmates housed in its correctional institutions on any given day — and it sounds like a dark twist on the "smart home" concept.

On Thursday, Hong Kong's Correctional Services Department (CSD) announced its plan to develop a "smart prison system." The first step will be testing several technologies on a small scale, and then implementing them more widely if they have the desired impact.

According to the South China Morning Post, one of those technologies is a robotic arm that sifts through newly admitted inmates' feces for smuggled items, such as drugs — a task previously undertaken by officers wielding wooden sticks.

Another is a tracking wristband that the SCMP describes as "similar to fitness products sold on the market." This wearable will keep track of inmates' vital signs and whereabouts, alerting officials if it notices anything amiss, including signs that the inmate may have injured themselves.

One facility, Pik Uk Prison, is already testing a "smart" video surveillance system. Its 12 cameras include "video analytic monitoring functions" that can detect unusual behavior — such as an inmate hurting themselves or collapsing — and alert officials.

While it's unlikely anyone will have a problem with the CSD handing over its feces-sifting duties to a robot, it's not hard to see how the other two technologies might be controversial.

Two of the cameras in use at Pik Uk Prison are located in inmate restrooms, and while Senior Superintendent Ng Chiu-kok told the SCMP that parts of the toilet footage are "obscured," the SCMP piece didn't provide any other details, such as whether the obscuring process happens during recording or retroactively.

Meanwhile, the wristbands will gather arguably the most sensitive kind of data — biometric — on prisoners.

"How [the CSD] will use and store the information, whether it can be abused, are sensitive issues," social welfare sector lawmaker Shiu Ka-chun told the SCMP. "They need to accurately state which data the wristband records."

Still, two Hong Kong prisoners committed suicide in 2018, while 48 others harmed themselves, so if the CSD can manage to strike a balance between inmates' privacy rights and their safety, it might find itself setting an example for the smart prisons of the future.

Read This Next
TeenCam
Chicago is Making Teens Wear Ankle Monitors That Record Audio
Futurism
Hong Kong Is Planning a $79 Billion Artificial Island
Shocking Therapy
Scientists Want to Shock Prisoners' Brains to Fight Aggression
Voice Surveillance
U.S. Prisons Are Covertly Gathering Inmates' Biometric Voice Data
Unemployment Time
Australian Companies Can Fire Workers Who Refuse Biometric Scans
More on Future Society
Woof Woof
Yesterday on the byte
Startup Unveils Videogame for Dogs
Musk's Guns
Monday on the byte
We Are Alarmed by Every Detail of Elon Musk's Bedside Table
Head Like A Hole
Nov 23 on futurism
Elon Musk's Crying About Trent Reznor Shows That He Is a Big, Big Baby
READ MORE STORIES ABOUT / Future Society
Keep up.
Subscribe to our daily newsletter to keep in touch with the subjects shaping our future.
+Social+Newsletter
TopicsAbout UsContact Us
Copyright ©, Camden Media Inc All Rights Reserved. See our User Agreement, Privacy Policy and Data Use Policy. The material on this site may not be reproduced, distributed, transmitted, cached or otherwise used, except with prior written permission of Futurism. Articles may contain affiliate links which enable us to share in the revenue of any purchases made.
Fonts by Typekit and Monotype.