"It is so naive for us to think that we are going to be able to adapt to this." 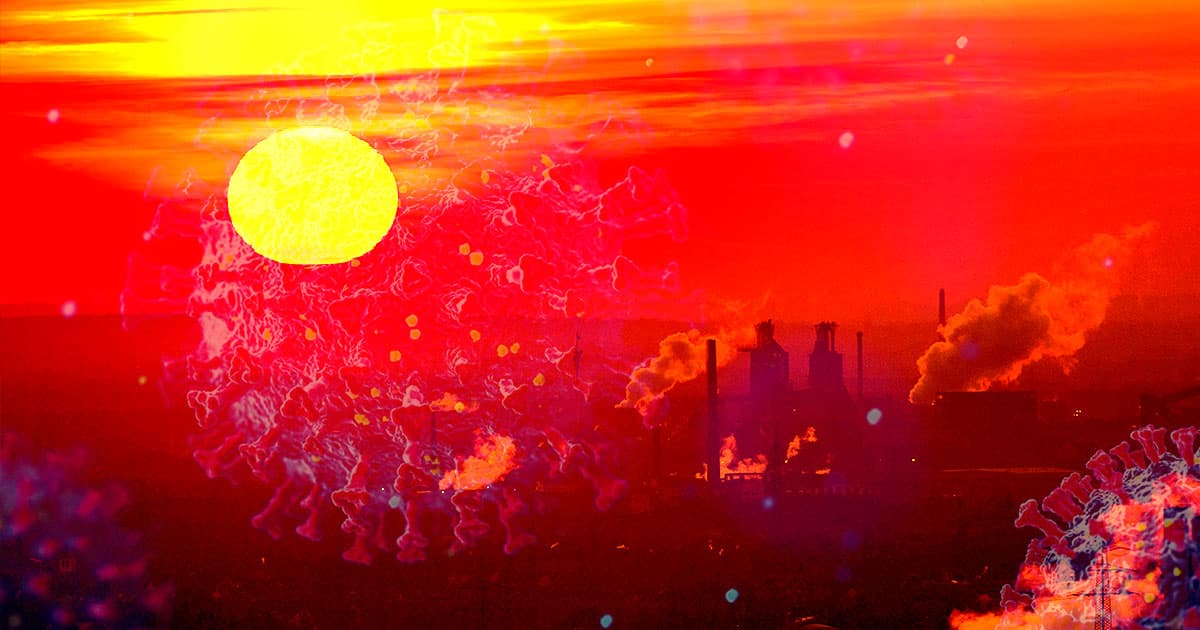 As if the consequences of climate change aren't already proving to be disastrous enough, a shocking new study found that over half of all human pathogenic diseases can be aggravated by greenhouse gas driven climate change.

In a new study, published this week in the journal Nature Climate Change, an international team of researchers combed through several decades' worth of scientific papers that directly documented human pathogens affected by "climactic hazards" in a specific time and place.

From there, the scientists were able to map out a whopping 1,006 pathways between human pathogens and ten "climate-related hazards," which range from heat waves to heavy precipitation.

They found that 58 percent of the diseases — 218 of 375 — have been shown to be exacerbated by climate change.

That’s not good news at all, considering that the world is still afflicted by an ongoing pandemic, with a significant outbreak of monkeypox already being treated as a national health emergency by the Biden administration.

The authors claim that climate change's ability to affect diseases has long been known, but has never been quantified and extensively mapped until now.

While we can't be 100 percent sure on the exact causal links between climate change and disease propagation, the researchers helpfully outlined four key ways climate change affects human pathogens, as summarized in a piece for The Conversation.

The first two ways describe the tendency for climate hazards to bring pathogens and humans in closer contact. For instance, changing rain patterns bring mosquitos near population centers, and heat waves force a higher number of humans into waters that harbor waterborne diseases.

The third way posits that climate change could be directly strengthening the pathogens themselves. Citing other studies that show rising temperatures have actually helped diseases acclimate to heat, the researchers also point to standing water that heavy rainfall and flooding leave behind that can serve as breeding grounds for disease-spreading mosquitos.

Lastly, the study identifies how climate change weakens the human body’s ability to fight off pathogens. In the wake of a climate disaster, for example, humans may be forced to live in crowded, unsanitary conditions. A healthy supply of food would likely be unavailable, leading to malnutrition that leaves the body vulnerable to diseases.

And that's not a comforting revelation, given that climate change has been linked to the increase in weather-related disasters over the last 50 years.

All in all, this isn’t an obstacle that humans are going to easily overcome, according to scientists.

"The magnitude of the vulnerability when you think about one or two diseases — okay, sure, we can deal with that," Camilo Mora, lead author and associate professor in the Department Geography and Environment at UH Mānoa in Hawaii, told ABC News.

"But when you're talking about 58 percent of the diseases, and 58 percent of those diseases can be affected or triggered in 1,000 different ways," he added. "So that, to me, was also revealing of the fact that we're not going to be able to adapt to climate change."

"It is so naive for us to think that we are going to be able to adapt to this," Mora told HuffPost. "There is no way, with so many diseases and so many different pathways, that we can fully adapt."

Mora's outlook doesn't leave much room for optimism, but the hard truth of combating a climate crisis still stands: we must drastically reduce our emissions of greenhouse gases.