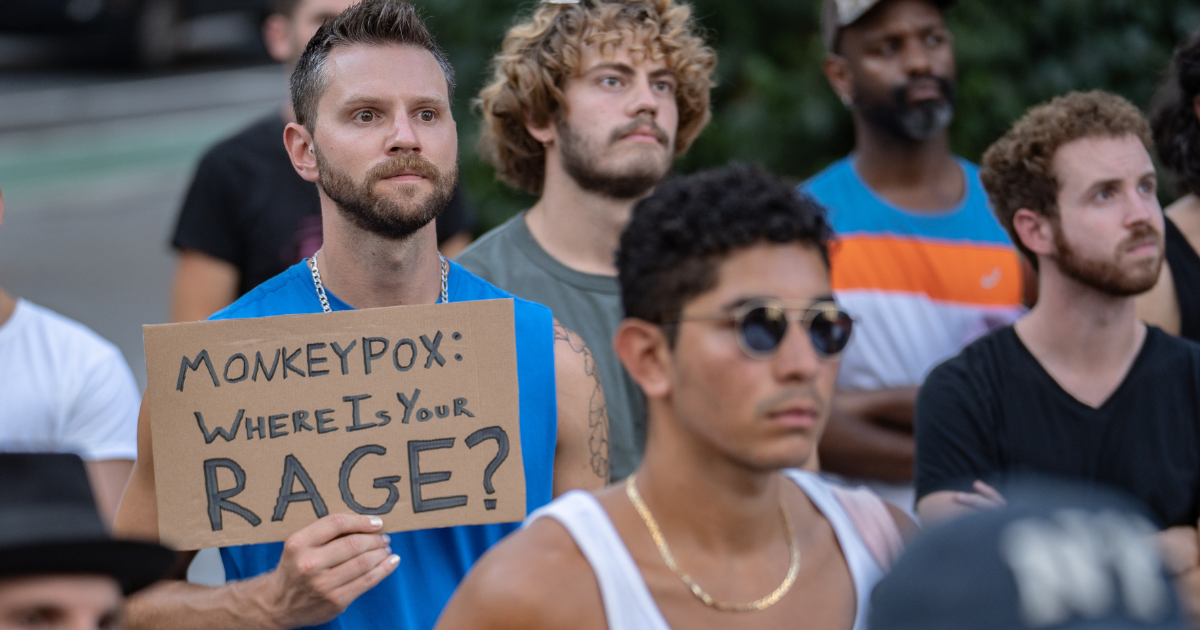 Yesterday, WHO director general Dr. Tedros Adhanom Ghebreyesus overruled a panel that couldn't come to a consensus, and published a lengthy statement online following the meeting, during which he declared monkeypox a "public health emergency of international concern." The virus has already been detected in dozens of countries, and infected tens of thousands.

According to the Centers for Disease Control, monkeypox typically causes lesions, rash, fever, and other symptoms, and can sometimes be fatal. It can be spread during person-to-person contact, through shared surfaces, and potentially through the air, although the CDC says more study is needed to better understand its methods of transmission.

Although anybody can get monkeypox, the data strongly suggests that this outbreak, at least in its still-developing early phases, has been largely driven by gay men. That's created a difficult situation for public health authorities, who want to communicate relative risk to different groups accurately while avoiding the unfair stigmatization of any particular population.

Public health communication around monkeypox is also challenging because it's perfectly possible the outbreak will spread beyond the gay community, or even that it already has and the data just hasn't caught up. As we learned from COVID, early information can rapidly become outdated — but the public often clings to the earliest messaging to emerge.

That's especially risky because while experts are debating the best approach, bigots seldom waste any time in spreading hateful or inaccurate views. And looming over the outbreak, of course, is the specter of the botched public health response to HIV, which fanned the flames of homophobia and allowed the virus to claim tens of millions of lives, both queer and straight.

Some experts are already paying close attention to the threat. Alejandra Caraballo, an instructor with Harvard's Cyberlaw Clinic, warned about just how dangerous this rhetoric may get in the wake of the WHO announcement.

"Today, the World Health Organization declared monkeypox a health emergency and emphasized the focus on men who have sex with men," Caraballo said online yesterday. "Given the climate in the US, this will lead to a dark place with rampant homophobia resulting from this. We have learned nothing from HIV/AIDS."

Monkeypox currently comes with as many questions as it does answers, but let's hope it doesn't give an encore or spinoff of the targeted violence white people perpetuated against many Asian-Americans over COVID.

Hate caused by a lack of accurate information didn't solve that pandemic, and it won't solve another now. The best answer: let data and smart policy guide an empathic, effective response that minimizes suffering and lives lost.
More on medical news: A Brief List of Bizarre Diseases Currently Spreading in the United States