Sick of trying to get Siri to understand what you want? Our Pre-Black Friday Sale gives you the opportunity for blessed silence. 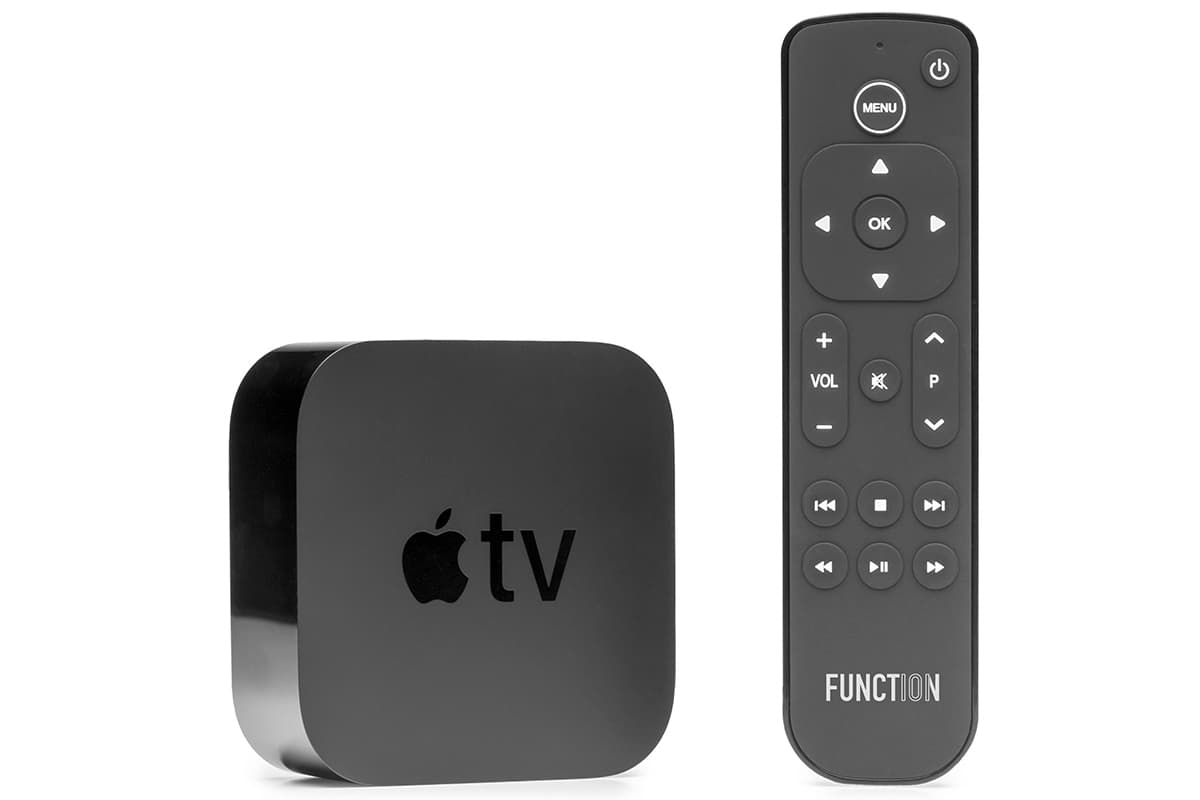 While Siri may have starred with The Rock, it's still best known as the voice command tool behind Apple devices. And, all too often, the voice command tool that demands you repeat your request repeatedly and at increasing volume just to fire up "The Morning Show." If you're sick of yelling at your TV just to get it to work, the Function101 Button Remote for Apple TV & Apple TV 4K gives you back the buttons you so dearly miss. And for a limited time, you can save 15% on them with our pre-Black Friday sale!

To address the issues with voice commands, the Function101 returns to old-school remote technology, namely infrared (IR) blasters. Despite the name, these just use quick pulses of light not visible to the human eye to issue commands.

And yes, your Apple TV can receive IR commands, as the Function team has tested their remote with all current models. Unlike the headphone jack, it seems there's some old technology Apple is willing to keep around. As long as you have a line of sight to your Apple TV, it'll accept the commands with minimal configuration from up to 39 feet away.

With a typical button layout just like other remote, the Function101 is easy to use with both your Apple TV and the television it's connected to. There's a rocker switch labeled "P" that handles unique functions, with a long press up to open the command center and a long press down to open app switching.

The black plastic case and silicon buttons make it rugged while also blending in with your other remotes. While yelling at the TV is a long-standing viewing tradition, it really should be reserved for blown leads and dumb statements by politicians. With the Function101, you can focus on the show, not getting the remote to work.

Read This Next
From the Dept. of Things to Buy
Amazon Just Announced Its First “Early Access Sale” — Here’s What You Need to Know
From the Dept. of Buying Things
How to Stream "Thursday Night Football" on Amazon
FROM THE DEPT. OF THINGS TO BUY
Save $60 on Brydge's Stellar iPad Pro Keyboard
FROM THE DEPT. OF THINGS TO BUY
Save 30% on Bose QuietComfort 45 Headphones With Prime Day Deals
FROM THE DEPT. OF THINGS TO BUY
Best Prime Day Smart Home Deals
More on Sci-Fi Visions
Health Revelation
Nov 22 on neoscope
Chris Hemsworth Reveals Grim Genetic Test Results, Will Take Break From Acting
Cybersecurity Dis...
Nov 13 on the byte
Insurance Company Refuses to Pay Ransom, So Hackers Start Releasing Health Records of Up To 10 Million People
PDA
Nov 9 on futurism
Elon Musk Is Faving Posts on Twitter That Are Making Our Skin Crawl With Embarrassment
READ MORE STORIES ABOUT / Sci-Fi Visions
Keep up.
Subscribe to our daily newsletter to keep in touch with the subjects shaping our future.
+Social+Newsletter
TopicsAbout UsContact Us
Copyright ©, Camden Media Inc All Rights Reserved. See our User Agreement, Privacy Policy and Data Use Policy. The material on this site may not be reproduced, distributed, transmitted, cached or otherwise used, except with prior written permission of Futurism. Articles may contain affiliate links which enable us to share in the revenue of any purchases made.
Fonts by Typekit and Monotype.