"I thought no one would take me." 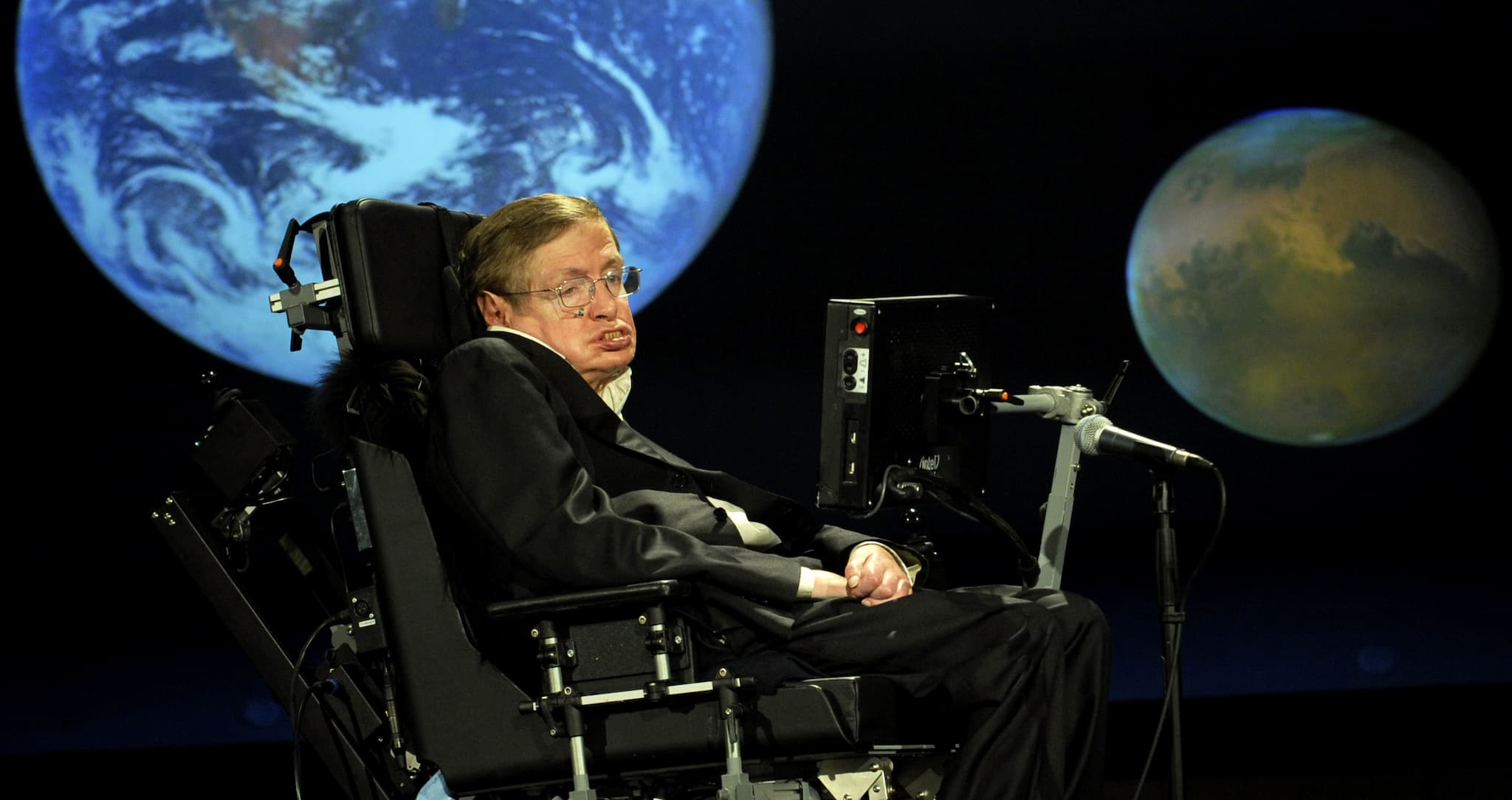 Stephen Hawking, the world's most renowned physicist and cosmologist, stated today that he is, in fact, heading to space—and it's happening all thanks to the Virgin group (and a bit of modern technology).

In a statement back in 2015, Sir Richard Branson, founder of the Virgin group, said that, one day, he hoped to be able to carry Hawking to the stars. In the statement, Branson noted that this offer came as a result of the great respect and admiration that he has for Hawking:

Professor Stephen Hawking is one of the people I admire most in the world, an undisputed genius who has opened our eyes to the wonders of the universe, while also happening to be a kind and delightful man. He is the only person I have given a free ticket with Virgin Galactic, and he is signed up to fly as a Future Astronaut with us if his health permits it.

Traveling to space, of course, is risky business, even more so when health concerns come into play. Now, it seems that Hawking is set to go. Hawking's voyage to space will also give scientists an opportunity to study the effects of ALS in new ways, such as how it operates in zero-gravity.

When discussing the anticipated event, Hawking told Good Morning Britain that he never dreamed he'd have such an opportunity, and that he "said yes immediately." Hawking continued by noting that he looks forward to the voyage with great anticipation, comparing flying into space to the same joy that his three children have brought him. During the discussion, he stated, "my three children have brought me great joy - and I can tell you what will make me happy, to travel in space."

Of course, space is one thing, but this isn't the first time Hawking experienced Zero-G...

A New Age in Flight

Virgin Galactic's SpaceShipTwo is a reusable, winged spacecraft designed to carry up to eight people (including two pilots) into space, and the link between Hawking and Virgin Galactic isn't exactly new. Just last year, Hawking unveiled the name of the SpaceShipTwo craft, the VSS Unity. During a four-minute recorded video, Hawking explained that the Unity: "will help bring new meaning to our place on Earth and to our responsibilities as its stewards, and it will help us to recognize our place and our future in the cosmos — which is where I believe our ultimate destiny lies."

Ultimately, Hawking has long been an advocate of commercial spaceflight, and to this end, he notes that he greatly admires Virgin Galactic's role in democratizing space, specifically, he clarified his “respect for enabling more of humanity to experience the true wonder of space.”

I have said in the past ‘Look up at the stars and not down at your feet’, but I believe that ‘looking up’ will no longer be a requirement to see the universe in all its glory.

In Hawking's interview with Good Morning Britain, he focused on the importance of the unifying power of space exploration, especially in terms of bringing together governments from across the globe and inspiring future generations.

As Alan Stern, head of the New Horizons mission to Pluto, famously stated, enterprises like this are worthy for a number of reasons, but that, for him, two stick out in particular: “Beyond the obvious—that we’re creating new knowledge—we create a greater society. We do something which is, in the case of great exploration, historic. It’s something people read about, not just days and weeks later, but decades and centuries later. It makes a mark for our time of what we aspire to be, which is a greater society.”

In short, the things that we invest in (whether that is sports, or war, or science) are a direct reflection of both the values that we hold and the society that we are currently building. And as is clear from this revelation, Hawking truly believes in going where no one's gone before—or at least, only a very few people.

Read This Next
Selling Seats
Virgin Galactic Lost an Absolutely Staggering Amount of Money Last Year
Off Course
Richard Branson's Rocket Went Way Off Course During Spaceflight
Fun Percent
Elon Musk Denounces "Those Who Attack Space"
Space Pedantics
Richard Branson Didn't Go to Space Yesterday, He Just Cruised Through the Upper Atmosphere
Billionaire Blast Off
BREAKING: Richard Branson Successfully Flies to Space on Virgin Rocket
More on Off World
Lonely Planet
4:20 PM on futurism
Scientists Find Nearby Planet the Same Size of Earth, Plan to Search It for Life
Take Cover
Yesterday on the byte
Space Startup Blows Up Another Giant Inflatable Space Station Module
Rock Blast
Yesterday on the byte
Scientists Say There's an Upside to Those Rocks That Keep Bludgeoning the James Webb
READ MORE STORIES ABOUT / Off World
Keep up.
Subscribe to our daily newsletter to keep in touch with the subjects shaping our future.
+Social+Newsletter
TopicsAbout UsContact Us
Copyright ©, Camden Media Inc All Rights Reserved. See our User Agreement, Privacy Policy and Data Use Policy. The material on this site may not be reproduced, distributed, transmitted, cached or otherwise used, except with prior written permission of Futurism. Articles may contain affiliate links which enable us to share in the revenue of any purchases made.
Fonts by Typekit and Monotype.