Startup Launches Refueling Station Into Orbit, Gets $10 Million in Funding

This could be the answer to our growing space junk problem. 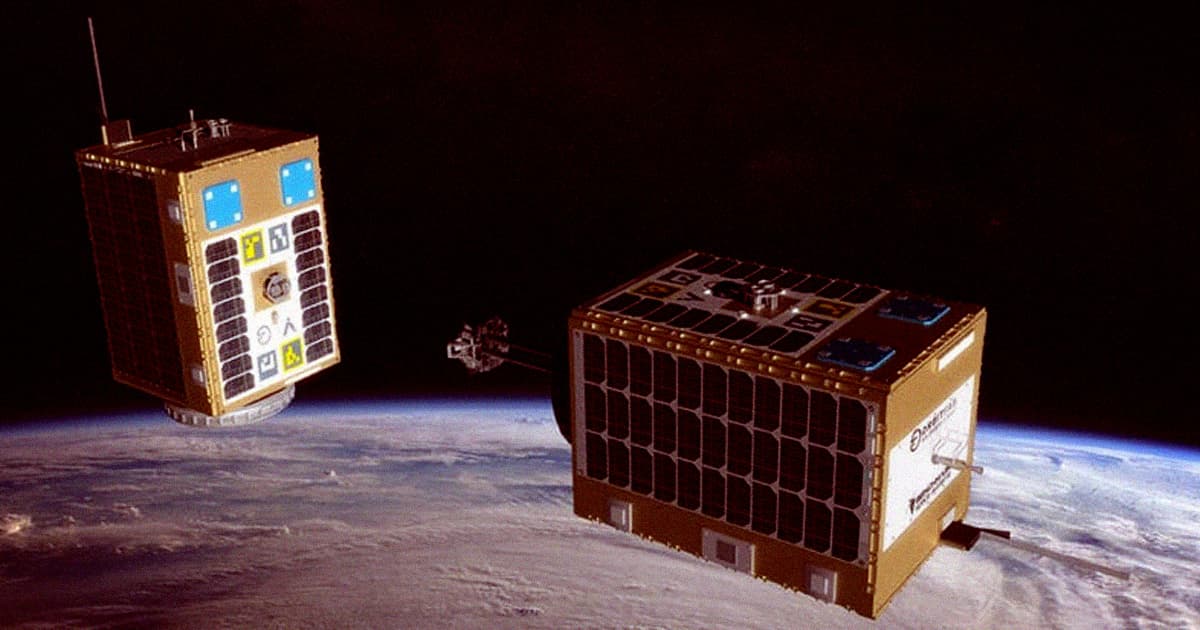 In June, San Francisco-based startup Orbit Fab launched a prototype refueling station into Earth's orbit — but rather than allowing astronauts to venture into deep space, this system is meant to give old satellites a new lease on life.

That's a compelling idea, and now the company has locked down $10 million in funding to further it. Our planet's orbit is getting cluttered with old and new satellites, increasing the risks of a collision and adding to an existing space junk problem.

The small assembly is designed to test key elements of the company's rendezvous and docking system, and to ensure that it can adjust its own orbit.

The microwave-sized machine is now in a Sun-synchronous orbit, which is where most imaging and weather satellites circle the Earth.

"We’re building the world’s first operational satellite fuel depot," Orbit Fab CEO Daniel Faber told SpaceNews last year. "This helps us solve the chicken and egg problem. No one is buying fuel in orbit because no one is selling it. We built an egg."

The tanker is an early tech demo meant to prove flight worthiness, but isn't designed to actually refuel satellites just yet.

"We are putting inventory into orbit as a demonstration and a signal of our commitment to take different fuels to different orbits," Faber added.

Tenzing Tanker-001 was sent up with Orbit Fab's Rapidly Attachable Fluid Transfer Interface (RAFTI), a docking system allowing the tanker to meet up with satellites and refuel them.

The idea of refueling satellites while in orbit isn't that far-fetched — though in spite of some progress, actual refueling has yet to be demonstrated.

The news comes after Northrop Grumman's "Mission Extension Vehicle-1" (MEV-1) docked with a 18 year old communications satellite in February 2020 — the first time a commercial spacecraft has docked to an orbiting satellite. Six months later, MEV-2, the spacecraft's successor, launched atop an Ariane 5 rocket from the Guiana Space Center.

In fact, Northrop Grumman seems to have been impressed by Orbit Fab's technology demonstration. Last week, the startup announced a $10 million round of funding from both Northrop Grumman and aerospace corporation Lockheed Martin.

There's real momentum in companies trying to come up with ways to service and upgrade existing satellites in space. After all, servicing constellations could end up being a lot cheaper than launching satellites from Earth.

And upgrading them could mean we'd end up with fewer pieces of space junk cluttering Earth's orbit.

Read This Next
Futurism
SpaceX Will Launch the "Zuma" Spacecraft Today
Futurism
DARPA Developing Robots to Make House Calls...in Space
More on Off World
Exoplanet Dance
Yesterday on the byte
Scientist Releases Amazing Video of Exoplanets Orbiting Distant Star
Space Junk News
Yesterday on the byte
Two Large Chunks of Space Debris Just Almost Collided in an Epic Disaster
Mars Drop
Yesterday on the byte
NASA's Mars Rover Perseverance Just Dropped Off Its Last Sample
READ MORE STORIES ABOUT / Off World
Keep up.
Subscribe to our daily newsletter to keep in touch with the subjects shaping our future.
+Social+Newsletter
TopicsAbout UsContact Us
Copyright ©, Camden Media Inc All Rights Reserved. See our User Agreement, Privacy Policy and Data Use Policy. The material on this site may not be reproduced, distributed, transmitted, cached or otherwise used, except with prior written permission of Futurism. Articles may contain affiliate links which enable us to share in the revenue of any purchases made.
Fonts by Typekit and Monotype.