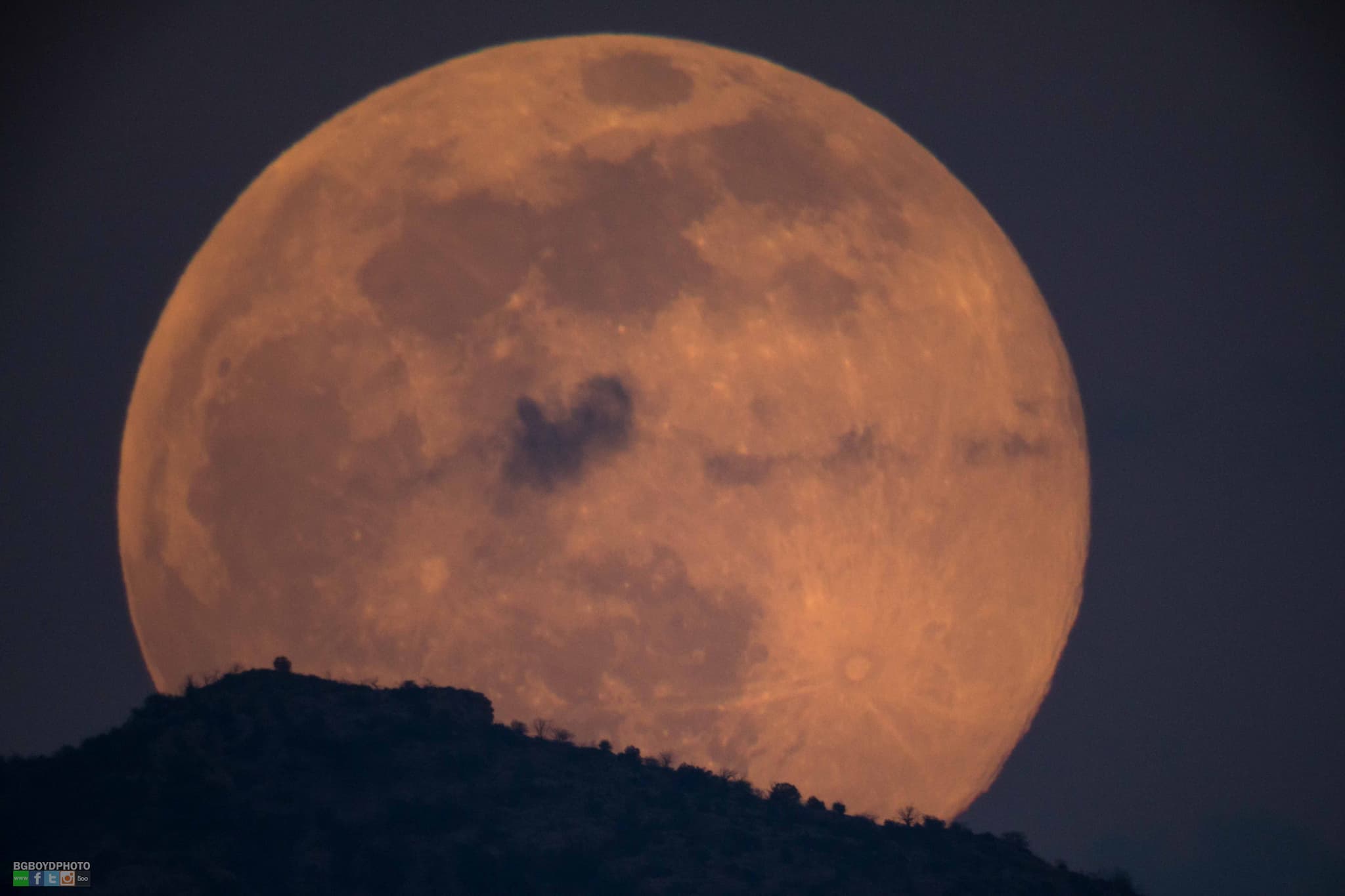 The full moon has inspired people throughout history. Its yellow hue has sparked tales of romance and tales of terror. When you think about it, it's a little strange that something so familiar could sometimes seem so strange and eerie. After all, the full moon is simply the span of time that the moon is in opposition to the sun (when it's on the opposite side of the Earth from the sun) and appears to be completely illuminated as seen from Earth. What's more, it comes every month like clockwork. Nevertheless, there are a number of superstitions and tales of horror that surround this event (consider the number of folk tales surrounding werewolves and full moons). And for those of us who are superstitious, June's full moon was really something to behold.

On Friday the 13th, the moon officially turned full at 12:11 a.m. EDT (0411 GMT). I hope that you were looking sharp, as you only had a moment to see the full moon. This is because, technically, the full moon only lasts one minute. Before 12:11 am EDT, the phase of the moon was a waxing gibbous, and one minute after that time, it was in the waning gibbous phase. What makes June's moon a bit unique is that it occurred on Friday the 13th, and a Friday the 13th full moon will not rise again for another 35 years.

But hopefully you will be around in August of 2049 to test that theory for yourself.

This month, the moon was also at its lowest, making it appear larger as it was closer to the horizon. The amber and honey colors that we see in the moon at such periods come from the scattering of longer wavelengths of light by dust and pollution in our atmosphere. "It is a similar phenomenon as seen at sunset, when sunlight is scattered towards the red end of the spectrum, making the sun's disk appear orange-red to the naked-eye," notes astronomer Raminder Singh Samra of the H. R. MacMillan Space Centre in Vancouver, Canada.