This Is The Camera That Will Lead The VR Revolution 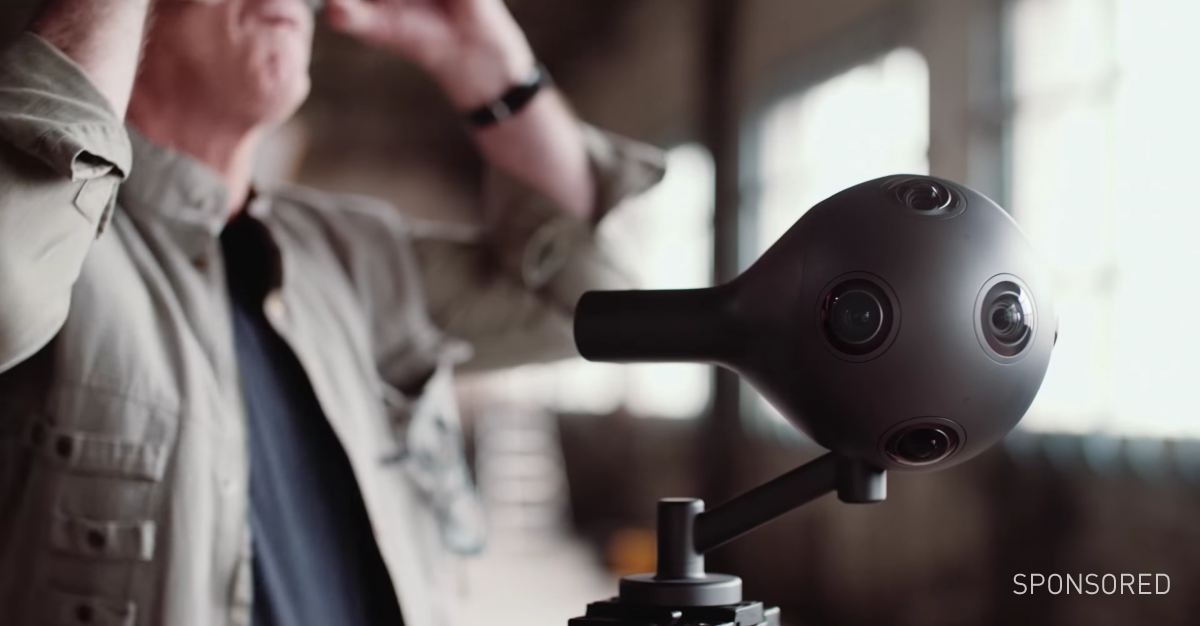 YEAR ONE OF THE VR REVOLUTION

2016 is shaping up to be a defining year for virtual reality. Many are confident it will be the year the VR industry sticks, triggering a revolution that will completely change gaming, journalism, sports, film, and just about everything to do with entertainment and media consumption.

Welcome to Year One—the year that changes everything.

So far, most of the development in VR technology has focused on the devices that will enable us to experience it as users—the headsets, motion-tracking sensors, and graphical interfaces. With the Oculus Rift, the HTC Vive, and the Samsung Gear VR all making their much-anticipated debuts this year, it’s natural that they’re the ones sucking all the oxygen out of the VR room.

But there’s an overlooked issue that will form the real sticking-point for the widespread adoption of virtual reality—content availability. It’s all well and good to have a VR headset, but what’s needed to make it worthwhile are the mind-blowing experiences and imagery with which to interact—you know, all that cool stuff that just about every VR depiction in the movies has always promised us.

So a bottleneck of sorts has emerged when it comes to the further growth of virtual reality: There’s a number of very sophisticated devices already on the market—or soon to be—but there’s a noticeable dearth of equally dynamic and exciting content for them to display. What's more, most of what is out there is strictly of the video game variety—which is fine, but it limits the technology to a niche audience, and distracts from the vast potential of the new virtual reality medium.

Enter Nokia’s new virtual reality camera, OZO.  It looks like something out of Star Wars—a sleek, spherical object packing sixteen video and audio sensors (8 of each), all in a package weighing less than 10 pounds.  It can even be mounted on a drone.

OZO is designed to capture 360° of spherical video, and 360 x 360 surround sound—which means nothing escapes its panoptic vision, and that sounds are captured in a more realistic way.  And there are none of those disconcerting visual artifacts, glitches, or inconsistencies that less sophisticated VR cameras frequently produce—OZO uses automatic stitching to seamlessly blend the various images together.

Most importantly, OZO provides live, instantaneous playback through an included virtual reality monitor, which permits directors to review their VR media while filming—a crucial consideration for filmmakers who, formerly, had to wait until post-production to see the finished product. Now VR directors can have the same freedom to live monitor and edit their films that directors in more conventional media possess, which may just be the game changer that virtual reality content production needs.

With a price tag of €55,000 ($60,000), the Nokia OZO is strictly for professionals, an indispensable article to filmmakers, broadcasters, and studios seeking to pioneer the new creative fields awaiting in the virtual reality market.  That’s the exciting thing about the OZO—the possibilities for creative endeavor are virtually limitless; and with industry-first live streaming capabilities, OZO can record all kinds of live content, allowing the “viewer” to step vicariously into events and stories in a way that’s never been possible before.

This will open up a whole new world for journalism, advertising, sports broadcasting, and perhaps even politics and education.  News organizations will be able to tailor their stories to a participatory audience—rather than feeding them a linear narrative, they can invite their viewers to enter the newscast, look around, and get involved in a more empathetic way.  Sports broadcasters, meanwhile, will be able to deliver on the ultimate fantasy—putting you right in the midst of the action.

OZO seems particularly suited for the European market, where the VR revolution is quietly taking off in lockstep with a US market that has received far more media attention. The product launched in Europe last evening, and it is primed to capture a market on the rise.

Last year, Greenlight VR mapped the scene in Europe—150 VR companies in 20 countries across 18 different categories. As in the US, gaming remains a major part of the VR storyline here, with UK based companies like Supermassive Games and Rebellion busy readying titles for Playstation VR.

But the EU is also investing heavily into broader, more ambitious applications. The world's first VR cinema opened in Amsterdam in 2015, offering the region's virtual reality studios a high profile sandbox to play in. Across the North Sea, the UK opened The Visualization Laboratory, a government-sponsored project to innovate public transportation through VR. Further examples abound in academia, entertainment, research, and manufacturing—all key opportunity areas for Nokia's moonshot.

With more dynamic, varied, and interesting content, we can look forward to a time when VR technology expands beyond its identity as a mere gaming toy, and immersive viewing becomes the only real way to enjoy a film, experience the news, or watch a game. Thanks to OZO, we may already be there. And with it, tired words like sit and watch just won’t make sense to us anymore.

From now on, we will be stepping in; participating; interacting; experiencing. Our faces are ready.