Spectators Find a Waterfall That Flows Upward in England 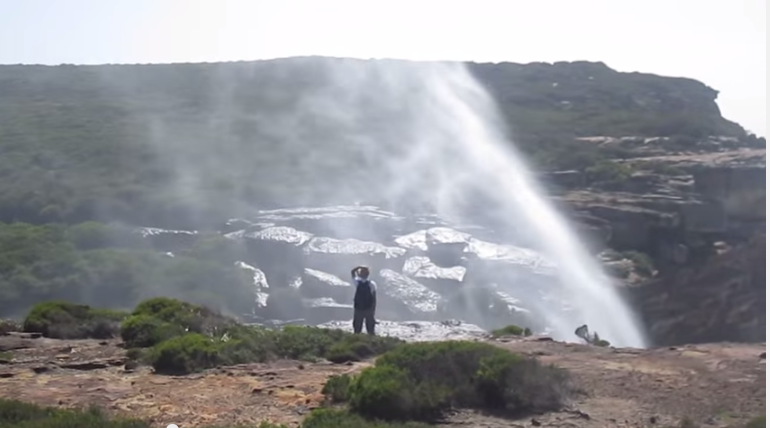 Gravitational forces normally dictate that anything that goes up must eventually come down. This is why a ball does not spontaneously take flight; it must be set in motion by some external cause (like you throwing it across the room). And eventually (unless you are Super Man and can throw faster than Earth's escape velocity), it will come to rest on the ground. Similarly, this is why water flows down through a waterfall. It doesn't travel upward. However, two hikers recently saw the opposite happen with River Downfall: a waterfall located in England.

Obviously, nothing anti-gravitational was to blame for the strange occurrence (it's rare, but entirely natural). Rather, high winds literally lifted the water from the basin it normally falls into and sent it streaming upward into seemingly nothingness.

As Rod Kirkpatrick — one of the hikers — explains, "As storm force winds batter the Derbyshire Peak District, near Hayfield, the river Kinder is stopped in its tracks as it is blown back up onto Kinder Scout Plateau at the point where it would normally cascade 80ft down Kinder Downfall."

Nature... it never fails to surprise.

Hat tip to "This is Colossal"