The plan is helping make cleaner air in the cities of Spain. 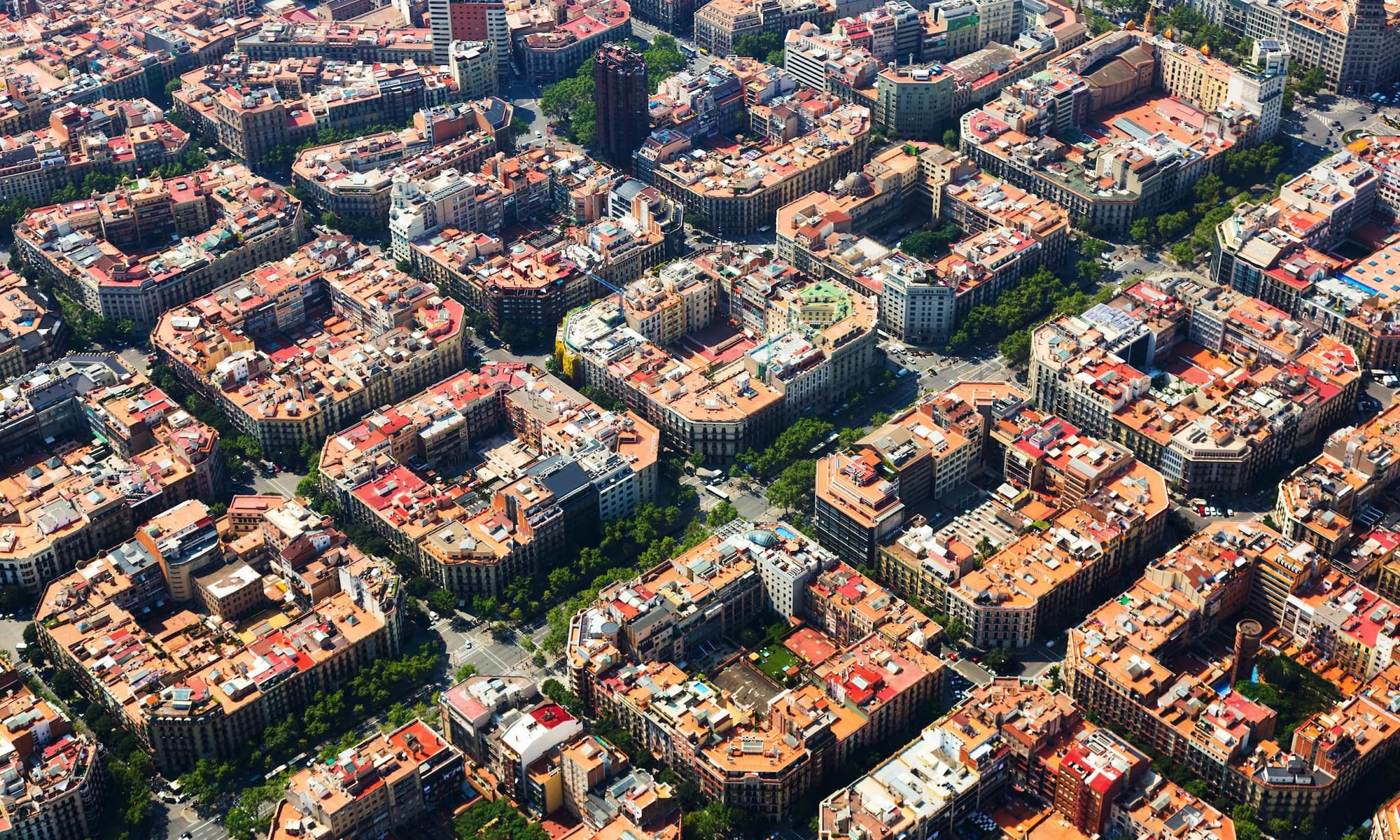 Many cars are no longer welcome in downtown Barcelona.

In September, the city created a new "superblock:" a car-free area designed to maximize public space. The superblock covers 40 acres of Barcelona's El Poblenou neighborhood, and was the first step in a bigger plan to install at least six superblocks across Barcelona by 2018. Each will combine 12 city blocks into a pedestrian-friendly mini grid, with drivers forced to go around the outside.

But according to CityLab, not everyone is thrilled about the plan.

On January 15, some residents in El Poblenou took to the streets to protest the new superblock. Although two other superblocks were actually installed in the area in 2005, the latest one has spurred opposition since residents argue it makes getting to the city center more difficult. Other locals have complained they were not given enough warning before the superblock was put in place, and local businesses in the area worry that it could interfere with their work, since they will only be able to load and unload goods at specific times.

The only cars currently allowed to enter Barcelona's superblocks are those belonging to local residents (who are required to drive at slow speeds). All other cars are restricted to the black lines in the plan's diagram below.

But the opposition doesn't worry the project’s director, Salvador Rueda, who says the superblocks will just take some time to get used to.

"There will always be the resistance to change, and when you touch the cars, people get very sensitive," he tells Business Insider.

Superblocks aren't a new concept in Barcelona — the first one was created in 1993 near a historic church in the Gràcia neighborhood of the city center. In mid-January, Rueda's team released a report about the Gràcia superblock that found walking increased by 10% and cycling by 30% between 2007 and 2016. At the same time, driving decreased by 26% overall, and by 40% on the internal streets, which are marked in green above.

"We seem to forget that there are more pedestrians than drivers most of the time," Rueda says. "Now in Gràcia, with children playing in the streets, nobody wants to go back to the previous situation."

Based on the report's findings, Rueda's project to expand the superblock model received $10 million in funding from Barcelona's government in 2016.

The initiative is intended to help reduce the air pollution that currently plagues the city by limiting car traffic, Rueda says. In recent years, Barcelona has surpassed the pollution limits set by Spain's government. According to a study from Barcelona's local Environmental Epidemiology Agency, about 1,200 deaths a year (from asthma attacks, bronchitis, and heart issues) could be prevented in Barcelona by adhering to the recommended levels.

Rueda estimates that the new superblocks could lower pollution levels nearly three-fold, since the plan makes pedestrians and cyclists the priority. If successful, it would mean cars could be exiled from up to 120 intersections and 60% of Barcelona’s roads (including the four superblocks that already exist).

To create the first new superblock (the contested one in El Poblenou), architecture professors and students worked with associations of local residents and businesses to design alternative uses for the (mostly) car-free street space. One intersection was turned into a playground with a soccer field and sandbox, using tires and recycled materials.

To help people travel without cars, the city-wide superblock plan also calls for 124 more miles of bike lanes by 2018.

Though the superblocks will take some getting used to, Rueda noted that they require minimal changes to the city's streets. Most involve merely designating certain roads for local traffic only.

The new plan actually shares many characteristics with a hauntingly similar grid design that urban planner Ildefons Cerdà created for Barcelona's Eixample district in the late 19th century.  That pedestrian-centric approach is still alive in the district, which includes hundreds of blocks of mini-districts, Rueda said.

On average, between 5,000 and 6,000 people live in each 160,000-square-foot superblock area in Barcelona, though Rueda said his team would like to make the blocks even bigger someday if they can secure a larger budget.

"It takes time for the people to occupy the streets. But they will," he says.

Read This Next
Balloon News
China Says "Spy Balloon" Soaring Over America Is Completely Innocent
I Silence Thee
Leaked Messages Seem to Show Elon Musk Using Twitter to Punish His Enemies
Going Wireless
Hackers Took Over a Subdomain of Wired.com for Several Months and Replaced It With Sleazy Online Casino Content
Heating Up
Employees at TikTok Apparently Have a Secret Button That Can Make Anything Go Viral
Nothing's Real Anymore
JPMorgan Says Startup Tricked It Into an Acquisition by Cooking Up Millions of Fake Users
More on Future Society
Down in Flames
Wednesday on the byte
Elon Musk Apparently Thinks Twitter Is a "Flaming Dumpster Rolling Down the Street"
All Tomorrow's Pa...
Wednesday on the byte
Party Startup Says It Has Zero Plans to Make Any Money With Investors' Funds
Primate Theft
Tuesday on the byte
It Was a Very Bad Weekend for Monkeys Being Stolen From Zoos, Apparently
READ MORE STORIES ABOUT / Future Society
Keep up.
Subscribe to our daily newsletter to keep in touch with the subjects shaping our future.
+Social+Newsletter
TopicsAbout UsContact Us
Copyright ©, Camden Media Inc All Rights Reserved. See our User Agreement, Privacy Policy and Data Use Policy. The material on this site may not be reproduced, distributed, transmitted, cached or otherwise used, except with prior written permission of Futurism. Articles may contain affiliate links which enable us to share in the revenue of any purchases made.
Fonts by Typekit and Monotype.