Some Fun Facts about the Moon: 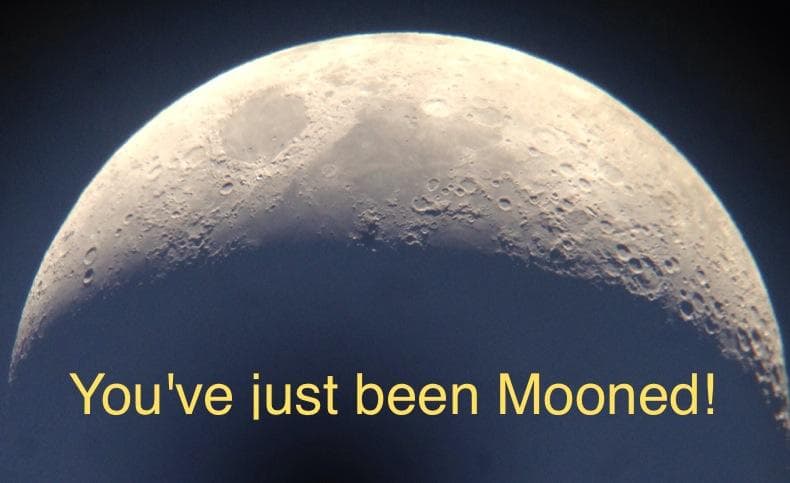 Luna: Earth's beautiful companion. It is forever locked looking at us, it even pulls on the oceans twice a day to let us know it's there. The story of Earth's moon is a romantic (and violent) tale that dates billions of years. In short, it is a tale of how the two objects helped to make one another into what they are today.

The most accepted hypothesis (at the moment) on how the Moon was made is, 4.5 billion years ago, a Mars sized planet (sometimes referred to as Theia) hit Earth during it's formation (when Theia was in its proto-planet stage). Computer simulations have found that most of the Moon is composed of what is left of Theia; more recent tests also show that Theia merged together with the remnants of the Earth that were blasted off during the impact. As such, our moon is literally part Earth. What's more, bits of Theia were likely left behind on Earth after it struck its glancing blow (further solidifying the link between the Earth and Moon).

This hypothesis is accepted by the scientific community because the other hypothesis that have been presented do not account for the high angular momentum of the Earth–Moon system.

Some interesting facts about the Moon:

And now for some interesting facts about this image:

The image above, as you possibly may have noticed, hasn't been taken from space. Neither was the image taken from one of our orbiting satellites. The quality isn't there. For starters, the image is a little over saturated around the top edges; it's a little fuzzy ,and the background isn't perfectly black. The answer to all of this comes down to what was used to take the photo. Firs, it was taken before sunset! As Luna is brighter than the background sky (significantly brighter) when correct exposure is managed for the moon, the background is mostly black.

The telescope that used was a 16" Dobsonian. Clearly, for viewing the bright moon, it is little overkill. For anyone interested in doing this themselves one day/night, all you need is a 3" telescope, whether it be a reflector or refractor. As for the camera used, well, you might be surprised. Professional observatories use large format, expensive Charge Coupled Device (CCD) images that can (at times) be cooled using liquid nitrogen. Amateurs use several different kinds of images -- some use CCD images, others use Digital Single Lens Reflex (DSLR).

However, was taken with an iPhone 5, the same can be done with any phone or digital camera.

Taking images like these can be painful; it involves lining up the camera on your phone or other digital camera into the eye piece. Depending on the camera used and the eye piece on the telescope, this can either be relatively easy or painfully irritating trying to keep it all steady and correctly exposed. But with patience, you will get there!

Some people believe that astrophotography can be exorbitantly expensive, this can be the case at times! Just want to have some fun one night with even a small inexpensive telescope? Point your telescope at the moon, at Jupiter, or Saturn, and experiment.