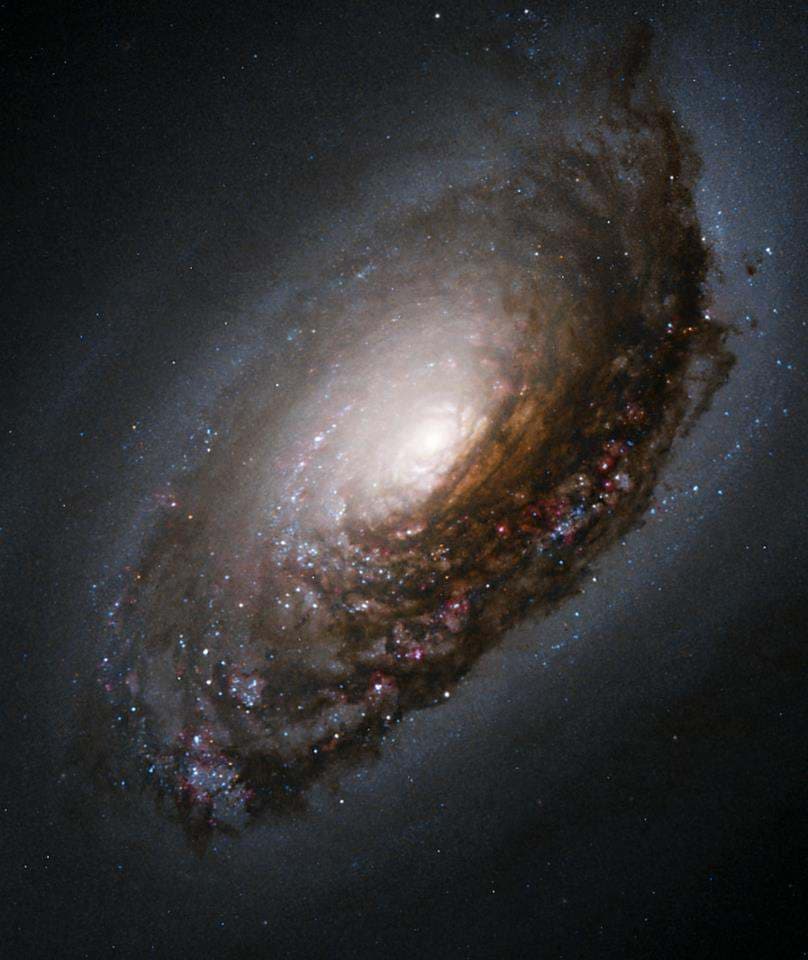 This is the Black Eye Galaxy (also known as the Sleeping Beauty Galaxy or M64); it is a spiral galaxy and is about 17-million light-years away.

The brilliant band of absorbing dust gives the galaxy its iconic look and evokes images of a black eye. Don’t be fooled by its nickname of ‘Sleeping Beauty’ though, because M64 is anything but a gentle sleeping princess.

At first glance, M64 looks like every other galaxy of this type we have observed. Later surveys in the 1990s revealed that this isn’t the case. All of the stars are orbiting in the same direction (in this case, clockwise) around the galactic center, which is to be expected. The dust in the outer regions, on the other hand, orbit in a counter-clockwise direction. This causes a very active star-forming region in the ‘sheer region’ – the area where the counter-clockwise gas and dust meets the clockwise rotating matter.

The best explanation to explain this oddity is that at some point in time, M64 collided with one of its satellite galaxies; perhaps more than a billion years ago, of course, the satellite galaxy was in a retrograde orbit. This galaxy has completely destroyed by now, the only visible evidence of its existence being the bizarre, retrograde orbit of the 40,000 light-year outer region of dust and gas.