Skylon: The Plane That Can Fly Anywhere In The World In 4 Hours

And if that’s not exciting enough, it can also take you into outer space. 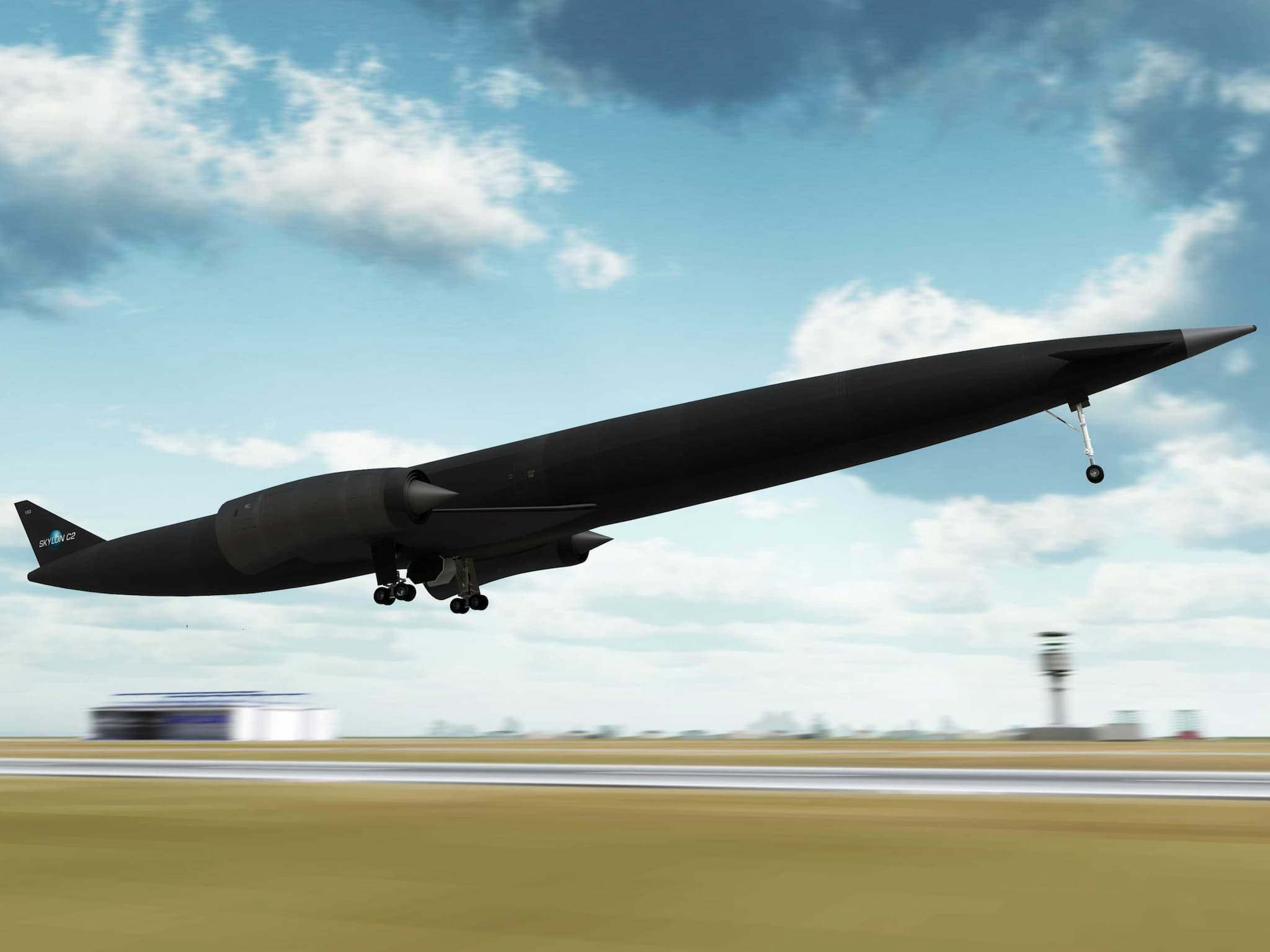 Who wouldn't want to have breakfast on the French Riviera, take a walk along the Great Wall of China in the afternoon, and then cap off the evening by staring at stars above the Alaskan wilderness? That fantastic day might be possible soon, thanks to British aerospace firm Reaction Engines Limited (REL). The company is working on an aircraft that will be able to transport passengers anywhere in the world in just four hours.

Passengers will have options beyond just traveling fast here on Earth — they'll also be given the opportunity to journey into space aboard the in-development plane, which the firm refers to as the Skylon.

The Skylon is powered by a new kind of engine known as a SABRE. The company is already testing the engine system and is planning the first test flights for 2019. REL asserts that this engine will be capable of operating as a jet engine and a rocket engine. Amazingly, it will have the ability to power an aircraft at up to five times the speed of sound within the atmosphere, or it could send a craft directly into Earth's orbit at 25 times the speed of sound.

A number of tests (more than 700, thus far, including experiments that analyze the structural integrity and aerodynamic stability) have so far proven successful. If things continue to unfold as planned, David Willetts, the United Kingdom's Minister for Universities and Science, believes that this design will completely alter the way that we travel and the way that we get to space. According to the BBC, he claims:

The engine being developed by Reaction Engines is a potential game-changer in terms of space technology. This successful testing validates the assessment made of the engine concept by the UK Space Agency back in 2010 and is yet another example of the UK’s world class space industry. It would be a fantastic achievement if we could one day use this home-grown technology for our own
commercial space launches.

Many of REL's recent developments come thanks to the European Space Agency (ESA), which is working with the firm in order to secure cost-efficient space transportation.

In July of 2013, the U.K. earmarked £60 million for the development of a full-scale prototype of the SABRE engine, citing the viability of its core technologies based on testing performed by the ESA. In June of 2014, a study was carried out in response to the ESA's New European Launch Service requirements, which are aimed at lowering the cost of European launch services by around 2020. The study found that Skylon is, potentially, Europe’s most cost-effective way to achieve space access.

Ultimately, each of these crafts are estimated to cost the equivalent of $1.1 billion United States dollars. Yes, that sounds like a lot of money. However, the Association of Aerospace Universities notes that it will be able to repay its development costs, meet its servicing and operating costs, and make profits for its operators whilst being an order of magnitude cheaper than current space transportation systems.

REL also conducted a study on the passenger capabilities of the craft, and they found that a trip to orbit in an upright seat would be suitable for stays in Zero-G for up to 14 days. It would initially cost around 350,000 Euros, which very few of us could afford, but the company notes that the cost would drop significantly in time (using the craft for standard travel would, presumably, cost a lot less).

The plane relies on a device called the precooler in order to function. This technology will cool the air entering Skylon's engines from more than 1,000 degrees Celsius (1,832 degrees Fahrenheit) down to -150 degrees Celsius (-238 degrees Fahrenheit) in one one-hundredth of a second. This means that the engine system will be able to run at a much higher power than is currently possible.

The SABRE Engine is a hybrid air breathing rocket engine. In the past, attempts to design single stage to orbit rockets have been unsuccessful largely due to the weight of oxidiser, such as liquid oxygen. To reduce the quantity of oxidiser that a vehicle is required to carry, one feasible solution is being able to use atmospheric oxygen in the combustion process. The SABRE engine does this, allowing a two mode operation using both an air-breathing and conventional rocket type operation. This is made possible through a synthesis of elements from rocket and gas turbine technology.

Unfortunately, the plane won’t have any windows; however, that isn't necessarily a bad thing. Some companies are now putting cameras on the outside of the planes and live streaming a 360-degree view on the inside walls for passengers.

REL is also in talks with the United States about using this technology, and it may be utilized in hypersonic aircraft built by the U.S. military. Alan Bond, who invented Skylon and SABRE along with a team of engineers, shared some details with Space.com:

The Air Force research laboratories in the States have carried out some modeling to verify that the SABRE does actually work, that it is a real engine, and so I am hoping they are going to confirm that very soon. This is obviously opening doors in the United States, and again, I can't say a great deal about that, but we have very good dialogue going across the Atlantic. In the next couple of years, it's going to be quite exciting.