To Grow Up, Singapore Is Drilling Down

The city-state is investing $188 million in underground tech research. 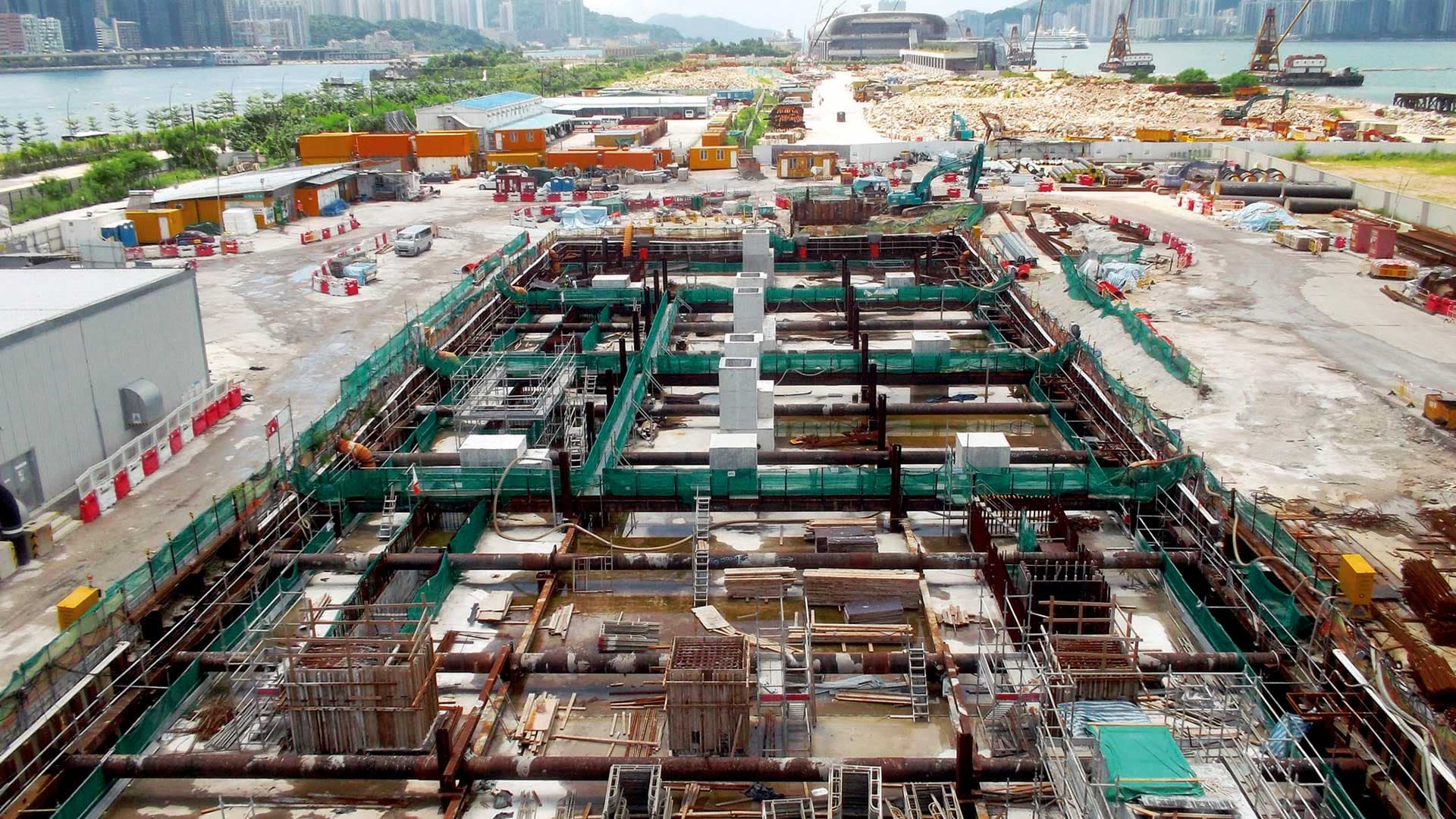 With 5.6 million residents packed into an area about two-thirds the size of New York City, space is already at a premium on the island of Singapore. What's more, the city-state's government expects its population to grow by an additional 1.3 million people by 2030.

To meet the needs of all those people, Singapore is solidifying its place as a world leader in underground urbanism — innovative design projects that utilize underground spaces.

Singapore is already home to a large underground network of trains, shopping centers, and passenger tunnels, as well as a five-lane underground highway — the Marina Coastal Expressway — which accounts for 10 percent of its expressways.

The construction of Singapore's Underground Ammunition Facility, to store live ammunition and explosive, reportedly freed up an equivalent of 400 football fields' worth of space above ground. Meanwhile, the city-state's underground district cooling network — reportedly the world’s largest — not only frees up space, but also saves on costs and reduces carbon emissions, according to a Singapore Power press release.

The Future Below Our Feet

Singapore's downward growth is far from finished. The city-state is investing $188 million in underground technology research and development, and in 2019, the government expects to unveil pilot areas of its master plan for underground spaces. Potential projects include the relocation of utility lines, the creation of water reservoirs, and the expansion of rail networks.

Singapore is wise to invest the necessary time and money into research and development before breaking ground on any projects. Not only are upfront costs higher when building underground, but mistakes can be more costly as well.

“If you are going to build underground, you should do it properly,” Mark Wallace, an engineer for ARUP, told Smithsonian.com. “Tall buildings are dead easy to take down. The underground? Not so easy."

If Singapore's future underground projects are successful, they could go a long way toward helping the city-state cope with its influx of new residents. They could also serve as a template for other cities to follow. The Earth's population is expected to soar to 9.8 billion by 2050, and living and working underground could be our best option for dealing with the inevitable overcrowding of urban areas.

Read This Next
Futurism
DARPA Launches Subterranean Challenge to Improve Underground Ops
Futurism
Smart Cities May Be The Death of Privacy As We Know It
Futurism
Singapore Will Stop Adding New Cars to Its Roads in 2018
Futurism
Blockchain Is Helping Thousands of Migrants Get Paid for Their Labor
Futurism
Here's a Look at the Smart Cities of the Future
More on Future Society
Gas Giant
5:25 PM on the byte
Journalist Eats Lab-Grown Chicken, Gets "Weirdly Gassy"
Musk Rats
Yesterday on the byte
Twitter Is Quietly Re-Suspending the Lunatics Elon Musk Let Back On
Going Wireless
Wednesday on futurism
Hackers Took Over a Subdomain of Wired.com for Several Months and Replaced It With Sleazy Online Casino Content
READ MORE STORIES ABOUT / Future Society
Keep up.
Subscribe to our daily newsletter to keep in touch with the subjects shaping our future.
+Social+Newsletter
TopicsAbout UsContact Us
Copyright ©, Camden Media Inc All Rights Reserved. See our User Agreement, Privacy Policy and Data Use Policy. The material on this site may not be reproduced, distributed, transmitted, cached or otherwise used, except with prior written permission of Futurism. Articles may contain affiliate links which enable us to share in the revenue of any purchases made.
Fonts by Typekit and Monotype.