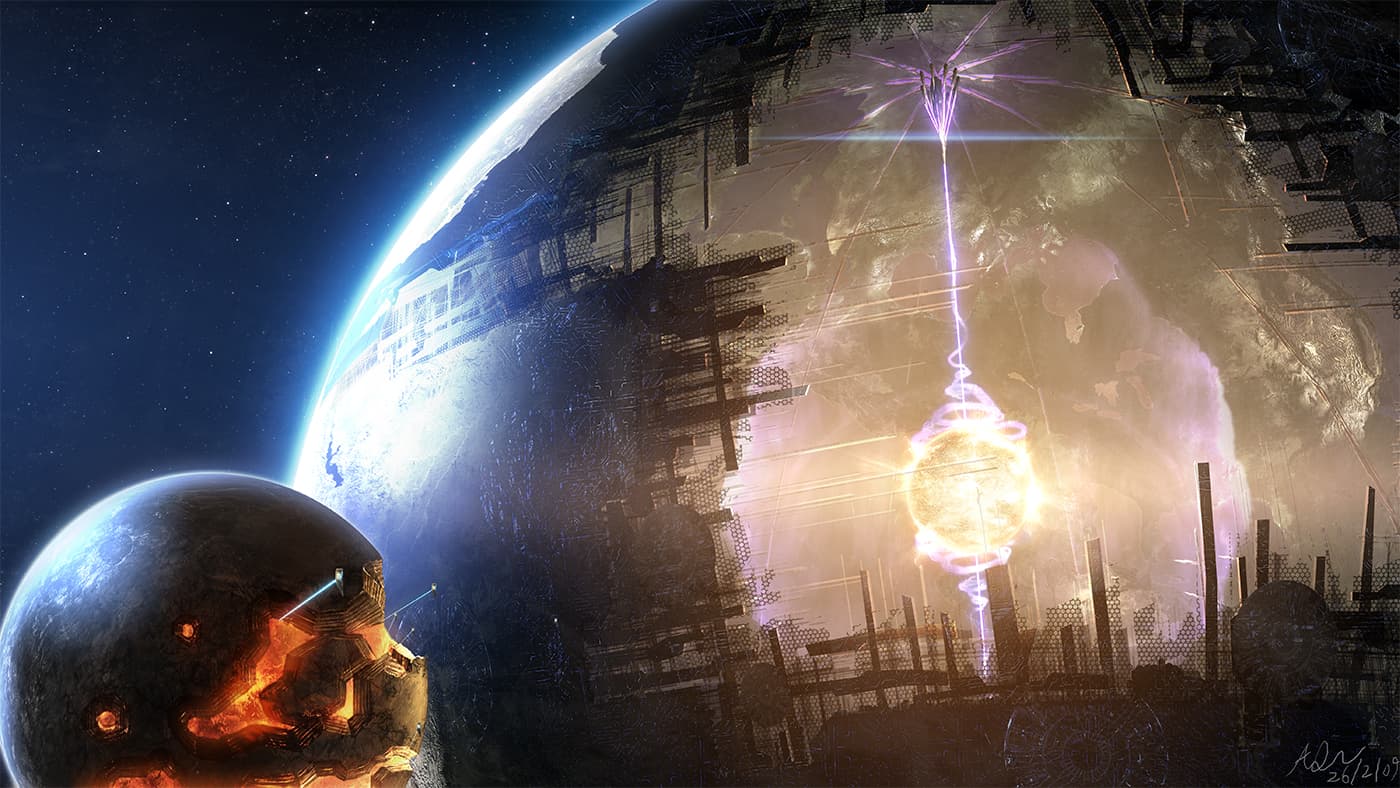 This week, a rather unassuming star took the media (and our imaginations) by storm. Formally known as KIC 8462852, this star has caused even some of the most skeptical minds to fill with shadows of things that, ordinarily, are beyond the realm of probability.

Thanks to the Kepler Space Telescope, we discovered that KIC 8462852 has a rather strange light pattern. Based on our observations, it seems like the star is surrounded by a lot of matter. The problem with this is that the star is mature, and such patterns are typically only seen around young stars.

What Causes the Star's Strangeness?

[ad id='39941']
Tabetha Boyajian, a postdoc at Yale, recently published a paper that asserts that the blame should probably be given to another star. Boyajian notes that a celestial object could have passed through the KIC 8462852 system and, as it continued on its travels, it may have dragged a swarm of comets into the inner solar system. This excess of material could be responsible for the dimming pattern.

And indeed, there is a star that fits the bill in the general vicinity we'd expect if this hypothesis is correct.

"Our most promising theory invokes a family of exocomets," she wrote in her study. Perhaps another small star passed through the system, precipitating a "barrage of comets" around KIC 8462852. However, the findings are not conclusive, and more evidence will be needed to make a firm assertion.

To that end, there are some other hypotheses that have been suggested.

Jason Wright, an associate professor at Penn State University, noted that it is possible that an alien civilization could be responsible for the observed dimming. He stated in a recent blog post:

"Interestingly, I had been working on a paper about detecting transiting megastructures with Kepler. The idea is that if advanced alien civilizations build planet-sized megastructures -- solar panels, ring worlds, telescopes, beacons, whatever -- Kepler might be able to distinguish them from planets ... One of the things that occurred to me is that a civilization that would build one megastructure would eventually build more."

Essentially, if enormous alien structures surrounded this star, well, we'd see dips that look rather like what Kepler actually saw around KIC 8462852.

Notably, this isn't necessarily what Wright thinks is actually causing the dimming. Indeed, he is duly skeptical of his own hypothesis; however, he argues that it is worth investigating. After all, that is what you do in science. You form a hypothesis, and no matter how remote it is, you test it if you are reasonably able to do so.

And as it turns out, we can test this hypothesis with relative ease.

Boyajian and Wright are now working with scientists at the SETI Institute (Search for Extraterrestrial Intelligence) to point a massive satellite dish - a series of radio dishes known as the Allen Telescope Array (ATA) - towards the star in hopes of encountering radio waves that suggest the presence of advanced technologies.

Now, as exciting as this is, don't get too carried away. Not all hypotheses are created equal. If you feel a breeze, suggesting that their may be an open window holds far more weight that suggesting that is a ghost. To that end, in science, you take what is known and use it to make hypotheses and theories.

There is a lot of evidence of debris fields from comets, asteroids, etc. around stars. There is no evidence for aliens. Thus, the scientist says, "the most likely hypothesis is comets. Aliens are far, far less likely. Probably not, but let's give it a go anyways."