They're worried the rocks could be deadly for life on Earth. 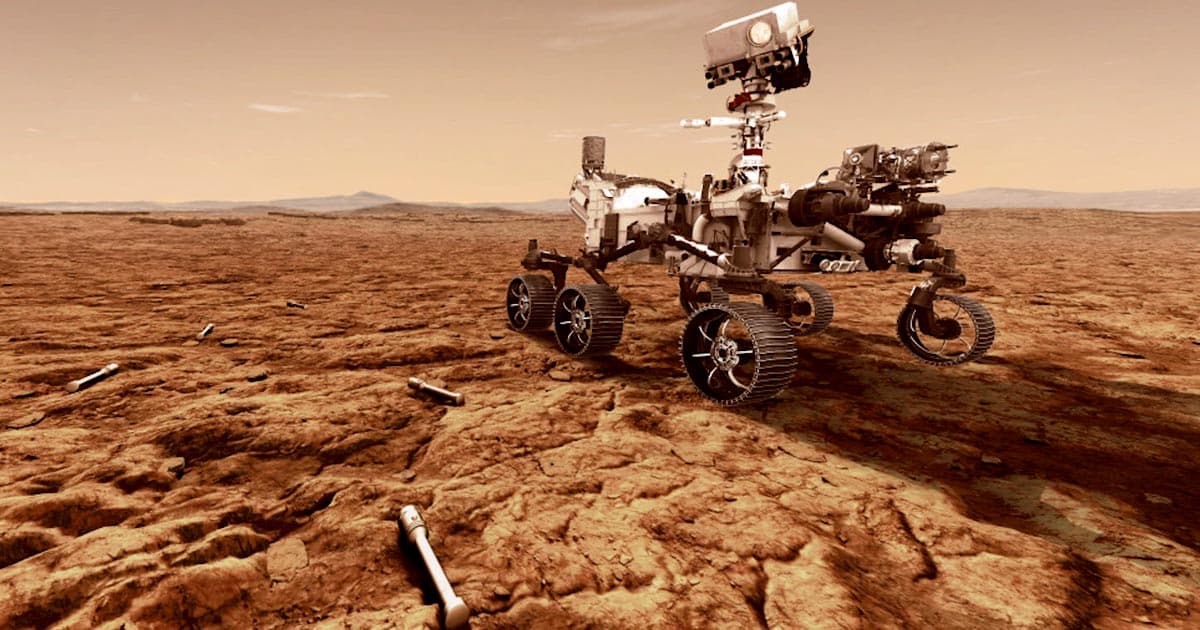 NASA's Mars Perseverance rover has been bagging up dirt and rocks in hopes that a future mission to the Red Planet will stop by, scoop them up, and bring them back to Earth for further study.

But returning space rocks from an alien planet comes with inherent risks, NPR reports, potentially allowing dangerous microbes to come along for the ride.

That's a huge if — despite our best efforts, we have yet to discover any concrete evidence that there's anything living on the Martian surface right now.

Still, the remote-yet-possible risks are so immense that NASA is now evaluating plans to store Martian specimens at a US Air Force facility in Utah roughly a decade from now.

"Maybe this is the most important environmental assessment that humans have ever done," Peter Doran, a geologist at Louisiana State University, told NPR.

"I think that it's a very low probability that there's anything living at the surface of Mars," he added. "But there is a possibility."

NASA is planning to launch a sample return mission as soon as 2027, in collaboration with the European Space Agency. To prepare for the mission, Perseverance has been stuffing samples into hermetically sealed containers.

To date, the rover has collected eight different samples, despite the occasional setback.

But bringing those samples back to Earth doesn't come without risk, with groups like the International Committee Against Mars Sample Return, arguing it's not worth it.

Barry DiGregorio, a writer working with the committee, told NPR that "pathogenic organisms from another planet" could spill out upon the sample's return in the Utah desert, "much like the Genesis solar-sample return mission, which, of course, broke up, broke open on impact."

Scientists at NASA's Jet Propulsion Lab, however, aren't too worried. The samples will be put into another container, which will then be heat sterilized and welded shut.

"We're applying very high heat," Brian Clement, a planetary protection expert with NASA's Jet Propulsion Laboratory, told NPR. "It's going to be in excess of 900 degrees Fahrenheit. We want to be able to break apart any biomolecules that might have activity of any concern."

Besides, Martian life would have a hell of a time surviving on Earth anyways, since it has an entirely different biosphere and physical conditions, experts argue.

The topic of planetary protection, a movement dedicated to prevent the Earth from being contaminated by otherworldly lifeforms and pathogens, is more pertinent right now than it has been in a long time, with space exploration really starting to heat up.

And while the risks — plus the chances of us inadvertently bringing alien lifeforms back to Earth — are incredibly low, it's heartening that NASA is willing to do its homework and prepare for the worst.

READ MORE: NASA is bringing rocks back from Mars, but what if those samples contain alien life? [NPR]

More on Mars return: Mars Rover Tries to Collect Rock to Send Back to Earth, Fails

Read This Next
Shoo
Scientists Warn Giant Asteroid Is Actually Swarm, Nearly Impossible to Destroy
A Sip of Opal
NASA Discovers Precious Gemstones on Mars
Moon Wrestling
The Head of NASA Is Scared Chinese Astronauts Will Seize Portions of the Moon
Shot Well
Head of NASA Relieved to Hear Elon Musk Isn't REALLY Running SpaceX
Little Boxes
One Silly Little Detail Is Reportedly Delaying Artemis II by Years
More on Off World
Infra-Red Alert
7:42 PM on the byte
James Webb Reveals Mysteriously Powerful "Engine" of Two Merging Galaxies
Die to Fight Anot...
7:40 PM on the byte
Mysterious Russian Satellite Explodes
Heavy Metal
Yesterday on the byte
NASA Mars Rover Finds Metallic Object That Smashed Down on Surface
READ MORE STORIES ABOUT / Off World
Keep up.
Subscribe to our daily newsletter to keep in touch with the subjects shaping our future.
+Social+Newsletter
TopicsAbout UsContact Us
Copyright ©, Camden Media Inc All Rights Reserved. See our User Agreement, Privacy Policy and Data Use Policy. The material on this site may not be reproduced, distributed, transmitted, cached or otherwise used, except with prior written permission of Futurism. Articles may contain affiliate links which enable us to share in the revenue of any purchases made.
Fonts by Typekit and Monotype.