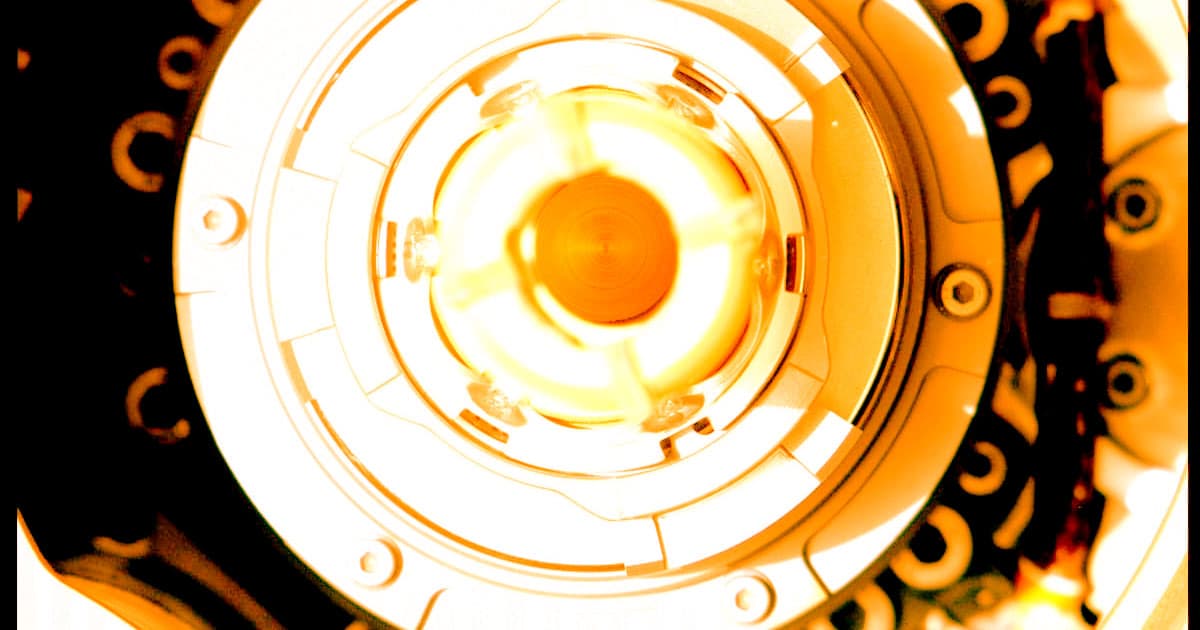 "Like all Mars missions, we’ve had some unexpected challenges. Each time, the team and our rover have risen to the occasion."

"Like all Mars missions, we’ve had some unexpected challenges. Each time, the team and our rover have risen to the occasion."

Images taken by the rover's WATSON camera earlier this month showed Martian detritus accumulating on the rover's "bit carousel," a crucial apparatus that transfers the samples from the rover's drill arm to storage inside the rover.

To remove the pebbles, engineers at NASA's Jet Propulsion Lab decided to give the carousel a 75 degree spin this week. And now, it sounds like their attempt has paid off, according to a recent update by JPL deputy project manager Rick Welch.

The maneuver dislodged two pebbles above the bit carousel — a testament to the resourcefulness and, well, perseverance of the team at NASA's JPL.

Unfortunately, two further pebbles below the bit carousel remain. However, they "may not pose a significant problem with bit carousel operation, but we are continuing analysis and testing to confirm this," Welch wrote.

On Monday, the team decided to play it safe and completely empty the sample tube to ready it for another potential sampling attempt. And besides, they said, some of the sample had already been lost.

To pull that off, the team commanded the rover to use the percussive force of the rover's drill to literally shake the collection tube while pointed down at the soil below for almost 3.5 minutes.

Perseverance's Mastcam-Z camera was able to record a bunch of smaller pieces falling out of the collection area— yet another mission success.

"Like all Mars missions, we’ve had some unexpected challenges," Welch concluded. "Each time, the team and our rover have risen to the occasion," adding that it's only a matter of time until Perseverance can "get back to exploration and sampling at Jezero Crater."

More on Perseverance: NASA's Mars Rover Has Run Into Trouble