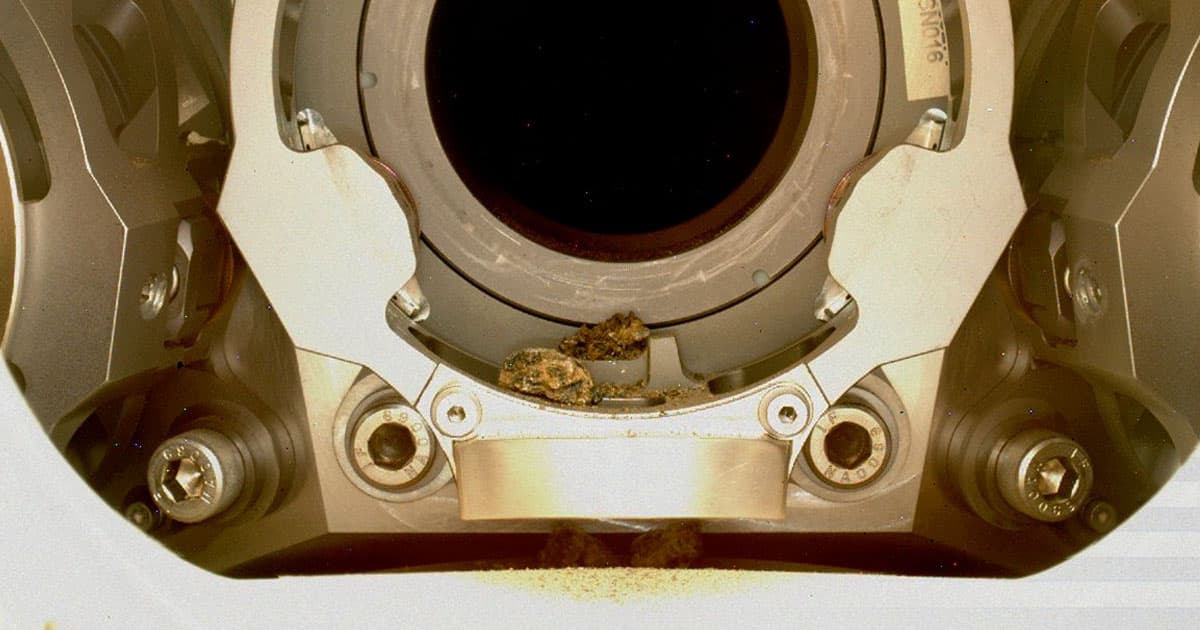 "This is not the first curve Mars has thrown at us — just the latest."

"This is not the first curve Mars has thrown at us — just the latest."

NASA's Perseverance rover has run into a bit of trouble after successfully scooping up a bit of rock for the sixth time last month: small pieces of Mars crud are now obstructing the rover's sample collection system.

Fortunately, nothing appears to be permanently out of order.

"The rover did as it was designed to do — halting the caching procedure and calling home for further instructions," Louise Jandura, chief engineer for sampling at NASA's Jet Propulsion Lab, wrote in a Friday update.

I recently captured my sixth rock core and have encountered a new challenge. Seems some pebble-sized debris is obstructing my robotic arm from handing off the tube for sealing/storage. More images and data to come. #SamplingMars takes perseverance.

Sensors started recording resistance much earlier than expected due to the additional debris.

"The designers of the bit carousel did take into consideration the ability to continue to successfully operate with debris," Jandura wrote. "However, this is the first time we are doing a debris removal and we want to take whatever time is necessary to ensure these pebbles exit in a controlled and orderly fashion."

The bit carousel is a mechanism deep inside the rover's Sample Caching System, which helps store the various samples taken by Perseverance.

Engineers now have the difficult task of unclogging Perseverance's collection system. Making matters even more difficult is the longer than usual latency caused by "restricted sols," meaning days when Mars and Earth fall out of sync and which make data transfers difficult.

But the team at JPL is confident that Perseverance will, uh, persevere and survive the indigestion.

"This is not the first curve Mars has thrown at us — just the latest," Jandura wrote in the update. "One thing we’ve found is that when the engineering challenge is hundreds of millions of miles away (Mars is currently 215 million miles from Earth), it pays to take your time and be thorough."