"It's a new class of artifact: a living, programmable organism." 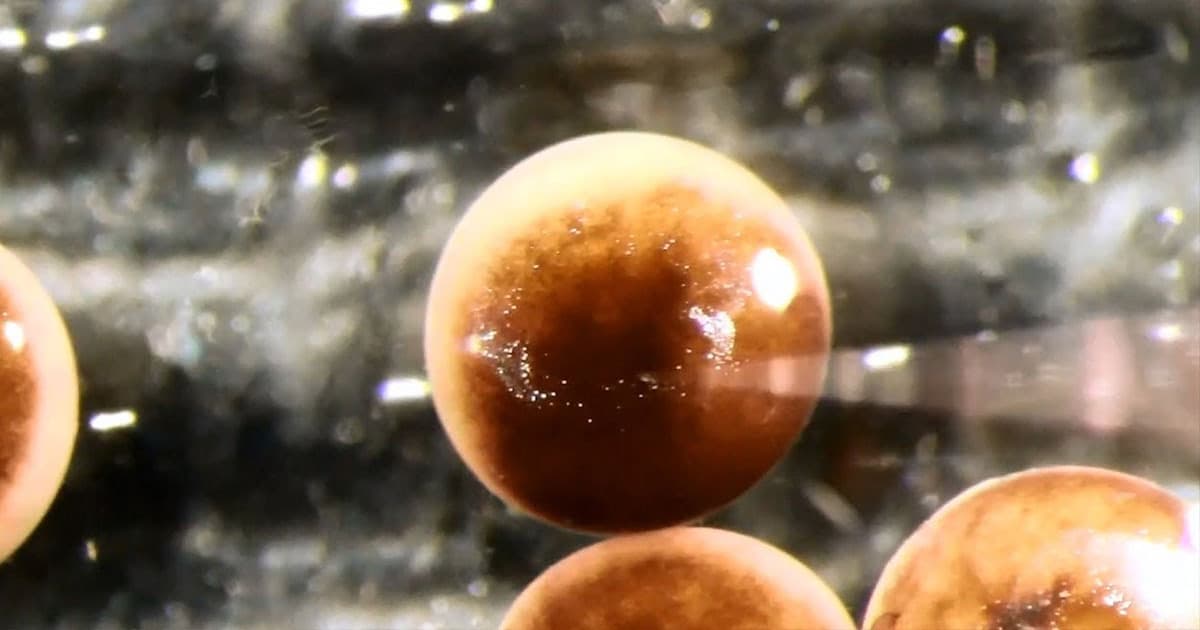 A team of researchers have built what they claim to be the first living robots. The "xenobots," they say, can move, pick up objects, and even heal themselves after being cut.

The team is hoping the biological machines could one day be used to clean up microplastics in the ocean or even deliver drugs inside the human body, The Guardian reports.

To build the robots, the team used living cells from frog embryos and assembled them into primitive beings.

"These are novel living machines," research co-lead Joshua Bongard, robotics expert at the University of Vermont, said in a statement. "They're neither a traditional robot nor a known species of animal. It's a new class of artifact: a living, programmable organism."

The millimeter-length robots were designed by a supercomputer running an "evolutionary algorithm" that tested thousands of 3D designs for rudimentary life forms inside a simulation. The scientists then built a handful of the designs, which were able to propel themselves forward or fulfill a basic task inside the simulation using tweezers and cauterizing tools.

The tiny robots had about a week to ten days of "power" courtesy of living heart muscle cells that were able to expand and contract on their own.

And they were laborious little critters. In tests outlined in a paper published in the journal Proceedings of the National Academy of Sciences today, some were able to push tiny pellets into a central location on dishes of water, while others carried an object around.

The biological robots have an advantage over their much larger metal or plastic brethren — they leave no trace behind.

"These xenobots are fully biodegradable," Bongard said in the statement. "When they're done with their job after seven days, they're just dead skin cells."

"These are very small, but ultimately the plan is to make them to scale," co-author Michael Levin, the director of the Allen Discovery Center at Tufts University, told The Guardian. They could be built with other cells, including blood vessels, or nerve cells, to gain cognitive capabilities — but that won't happen any time soon.

More on stem cells: Something Strange Happened to Human Heart Cells in Space

Read This Next
Diner Drama
People Furious at Robot Serving Pancakes at Denny's
Killer Robot Update
Uh Oh, They Strapped a Sniper Rifle to a Robot Dog
Brands We Love
This LEGO Robot Is the Fun Way to Teach Your Kids About Coding and STEM
Déjà vu
Boston Dynamics Says It'll Sell Robots, But Won't Give Any Details
Brands We Love
These Monthly Arduino Project Kits Are an Awesome Way to Learn Coding and Electronics
More on Robots & Machines
FROM THE DEPT. OF...
Yesterday on futurism
Best Vintage Turntables in 2022
FROM THE DEPT. OF...
Yesterday on futurism
Best Gaming Chairs Under $100
FROM THE DEPT. OF...
Yesterday on futurism
Best Mobile Hotspots in 2022
READ MORE STORIES ABOUT / Robots & Machines
Keep up.
Subscribe to our daily newsletter to keep in touch with the subjects shaping our future.
+Social+Newsletter
TopicsAbout UsContact Us
Copyright ©, Camden Media Inc All Rights Reserved. See our User Agreement, Privacy Policy and Data Use Policy. The material on this site may not be reproduced, distributed, transmitted, cached or otherwise used, except with prior written permission of Futurism. Fonts by Typekit and Monotype.