Something Strange Happened to Human Heart Cells in Space

The study could "benefit astronaut health during long-duration spaceflight." 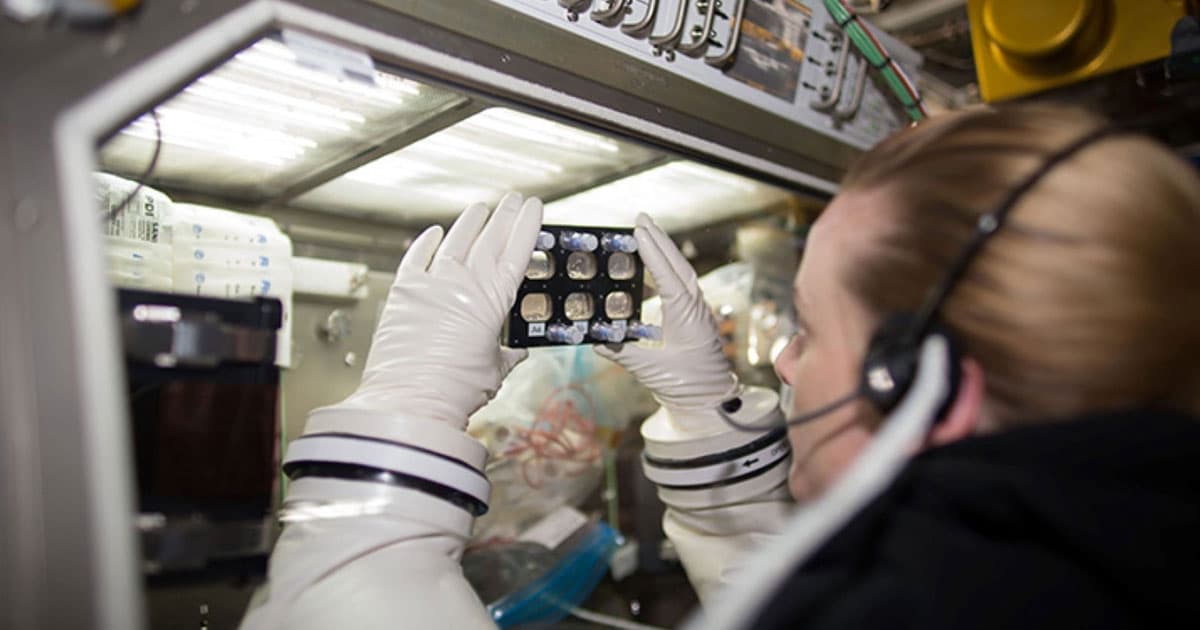 Researchers from the Stanford University School of Medicine found that heart muscle cells derived from stem cells adapted to microgravity by quickly altering the expression of thousands of genes. Remarkably, the cells mostly snapped back to normal within ten days of returning to Earth after spending just over a month aboard the International Space Station.

The findings could “help shed light on how the cells of the body behave in space, especially as the world embarks on more and longer space missions such as going to the moon and Mars,” senior study author Joseph Wu from the Stanford University School of Medicine said in a statement.

A paper published in the journal Stem Cell Reports today describes research in which the team re-pogrammed blood cells into stem cells from three people with no history of heart disease. They then turned the stem cells into the form of heart muscle cells.

The researchers then sent half the cells to space, while the other half stayed on the ground as a point of comparison.

They found that the expression of some 3,000 genes, including ones that are responsible for metabolism and mitochondria, changed during the cells’ time in microgravity.

1,000 genes, roughly four to five percent of all known human genes as New Scientist points out, were still different after ten days back on Earth. The other 2,000 had returned to normal.

There are admittedly some limitations to the study, including the short time the cultures stayed in space and the type of cells used, according to Wu.

But the scientists could use the results to find ways to keep the genes intact during spaceflight.

“We also plan to test different treatments on the human heart cells to determine if we can prevent some of the changes the heart cells undergo during spaceflight,” said Wu.

It’s a notable result that could have much larger consequences in the future.

“These studies may provide insight into cellular mechanisms that could benefit astronaut health during long-duration spaceflight, or potentially lay the foundation for new insights into improving heart health on Earth,” Wu said.