Scientists Transplanted A Rat's Head Onto Another Rat, Hoping to Replicate It in Humans

It's not every day you hear about a real life head transplant. 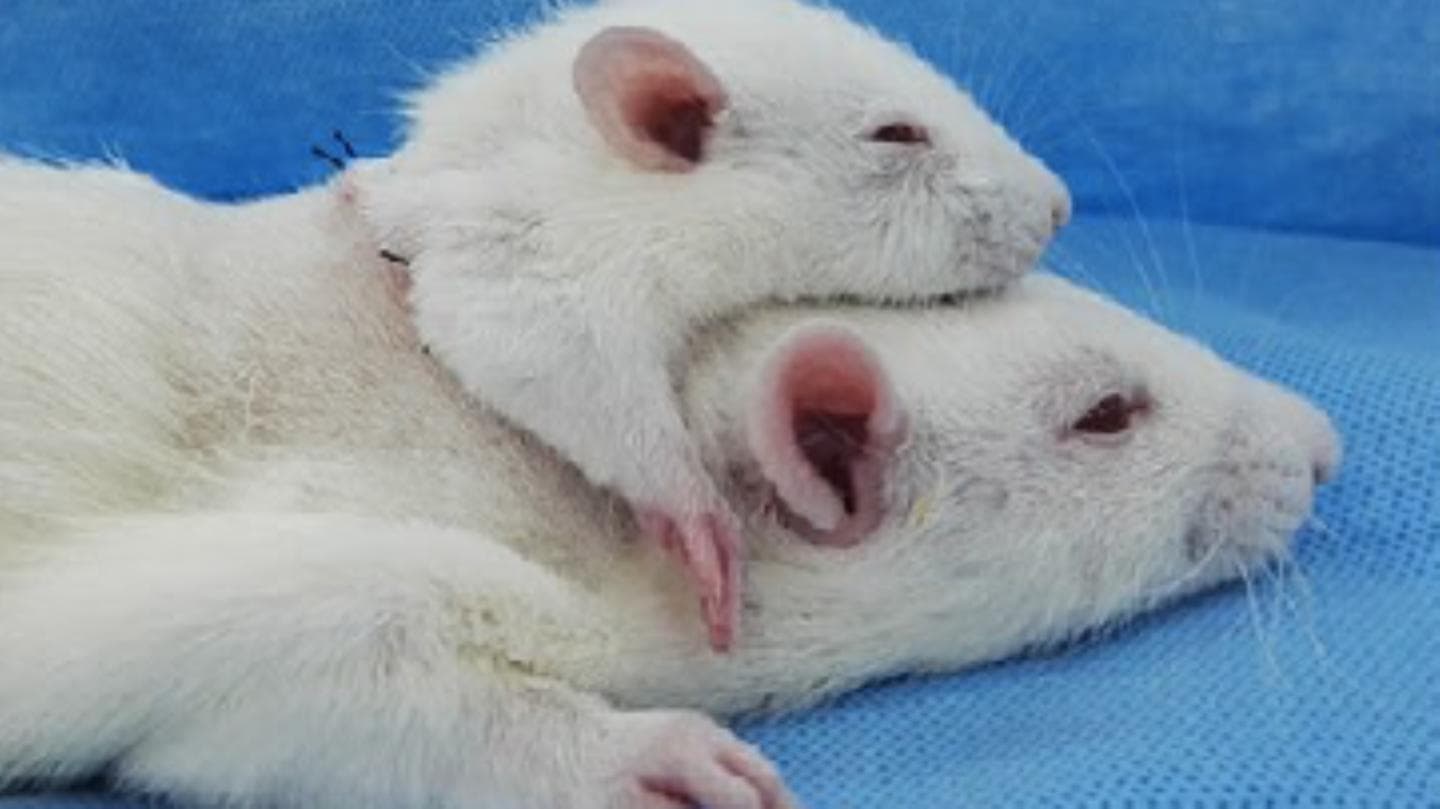 Okay, so it's not every day you hear about a real life head transplant, but there is such a thing. In fact, research into transplanting heads has been around for a while now, with the first known two-headed animal experiments dating as far back as the 1900s and the 1950s.

Now, scientists from China have made a remarkable breakthrough in transplanting the head of one organism onto that of another.

For their work, they took the head of a smaller rat and attached it to a bigger one, creating what is effectively a two-headed rat. It is important to note that the rat did not survive long-term, but that was never the goal. The team knew the rat would not live long, as there are still a lot of technical and scientific issues that need to be resolved before we can successfully perform head transplants on living organisms and have them survive.

It also provides the possibility of long-term survival.

However, this is an astonishing step forward in performing viable head transplants in that the doctors were able to avoid any brain-damaging blood loss while the donor's head was being attached.

The goal of this particular experiment was simple: the scientists wanted to know if they could successfully transplant a head without damaging the brain due to excessive blood loss. And they did. To do this, they had to keep the blood circulation going during the transplant by attaching the donor rat's blood vessels to the other rat.

"We developed a bicephalic model of head transplantation to study these aspects," the scientists report in the paper that they published in the journal CNS Neuroscience and Therapeutics.

While the idea is a real head turner — and maybe a head shaker, for some — scientists assert that head transplants are worth exploring, as it could help millions of people worldwide who are suffering from muscle or nerve problems. It could also allow us to take the head of a person suffering from fatal cancer and transplant it onto a healthy human body.

Still, grafting a head onto another while keeping the brain safe from the damage associated with blood loss is certainly a positive step forward as far as developing a viable means of conducting human head transplants.

However, some experts assert that the problems associated with transplanting human heads extend beyond scientific and technical concerns and touch upon the fundamental nature of human psychology.

Arthur Caplan, founding director of NYULMC's Division of Medical Ethics, previously told Futurism that, in such a procedure, a person could suffer from unprecedented levels of insanity. He ultimately stated that this would likely result from things such as "novel chemistry flooding the brain, unfamiliar input coming in from the nervous system of the body, etc."

While some claim to have already successfully performed the procedure, there's no clear evidence to support such claims.

In any case, if we are to ever successfully complete such a procedure in the future, this most recent study provides an important piece of the puzzle. As the researchers note in their abstract, "The application of vascular grafting can also provide the possibility of long-term survival of the model."

Read This Next
Buzz Buzz
Scientists Hijack Fruit Fly Brains to Remote Control Their Wings
Heady Stuff
Experiment Suggests That Consciousness May Be Rooted in Quantum Physics
Brain Freeze
Colleges Are Mailing Brains to Students to Dissect at Home
Brands We Love
Hone Your Mind with this Speed Reading & Memory Mastery Bundle
It's Alive-ish!
Scientists Grew Tiny Human Brains and Hooked Them up to Robots
More on Hard Science
Having a Blast
Jan 18 on the byte
New Study Shows Where You Should Hide to Survive a Nuclear Attack
Offworld Amino
Jan 15 on the byte
Scientists Find Building Blocks of Life in Meteor That Smashed Into Family's Driveway
Triple Threat
Jan 4 on the byte
Traveling Faster Than Light Would Mean Experiencing Multiple Timelines Simultaneously
READ MORE STORIES ABOUT / Hard Science
Keep up.
Subscribe to our daily newsletter to keep in touch with the subjects shaping our future.
+Social+Newsletter
TopicsAbout UsContact Us
Copyright ©, Camden Media Inc All Rights Reserved. See our User Agreement, Privacy Policy and Data Use Policy. The material on this site may not be reproduced, distributed, transmitted, cached or otherwise used, except with prior written permission of Futurism. Articles may contain affiliate links which enable us to share in the revenue of any purchases made.
Fonts by Typekit and Monotype.