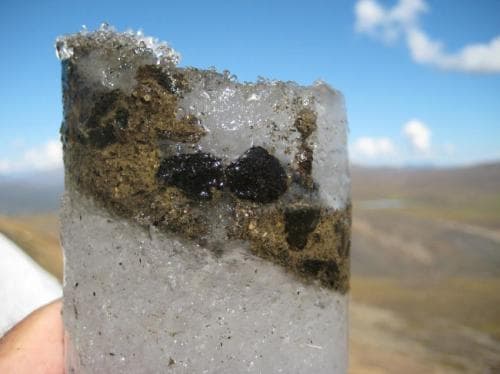 Scientists recently found two 700-year-old viral sequences that were frozen in caribou dung in an arctic ice patch. After this discovery, the researchers isolated the complete genome of the DNA virus, and they infected several living plants with this virus.

Eric Delwart, of the Blood Systems Research Institute in San Francisco, reported this research in a paper that appears in the Proceedings of the National Academy of Sciences.

Viruses have been in the news a lot recently. Every day, computer screens and newsfeeds are littered with articles about Ebola. Although this is understandable, as Ebola has become an epidemic in parts of Africa, the story has been a bit sensationalized. Of course we should be wary and informed; of course it is important to know about what is going on in other countries; however, everything must be placed in its proper context.

Ebola is not doomsday.

It is just the most recent disease to take center stage. Before this there was West Nile, Swing Flu, HIV, SARS, Avian Flu...the list of (what the news has called) potential global epidemics goes on and on.

In short, it is important to remember that scientists take a number of precautions when dealing with viruses and other materials that could cause harm, and global killers are amazingly, amazingly rare.

And it is important for scientists do experiment on viruses as, currently, we don't know too much about how viruses evolve. Understanding the structure of ancient viruses will help us better comprehend virus evolution, and this (in turn) could help us better combat modern diseases.

One of the ways that we can obtain samples of ancient viruses is by looking deep within the frozen parts of our planet. And this is precisely what Delwart and his team did. They examined caribou feces that was located in a 4,000-year-old ice patch in Canada's Selwyn Mountains. As they were looking at nucleic acids that were buried in frozen fecal pellets (which were taken from a 700-year-old ice layer), they identified two sets of well preserved viral sequences.

The first was part of a genome for a RNA virus that belonged to the insect-infecting genus Cripavirus (the scientists believe that the caribou ate insects that were infected with the virus). Delwart's team was also able to reconstruct the entire genome of a DNA virus from the other viral sample.

In order to better understand the DNA virus, the researchers introduced it to the plant Nicotiana benthamiana. The virus replicated itself in newly emerging leaves that were infected with the sample. However, the infected plants did not develop any disease symptoms. The researchers believe that this could be because Nicotiana benthamiana is not an ideal host for this virus.

It is, perhaps slightly troubling to note that many scientists believe that climate change could release some of these frozen viruses back into the ecosystem. As the melting of arctic ice increases, more viral particles could escape into the environment. However, this is only slightly troubling. Global epidemics are, after-all, exceedingly rare.