Of course, the release of any genetically engineered organism into the wild brings with it a slew of concerns. 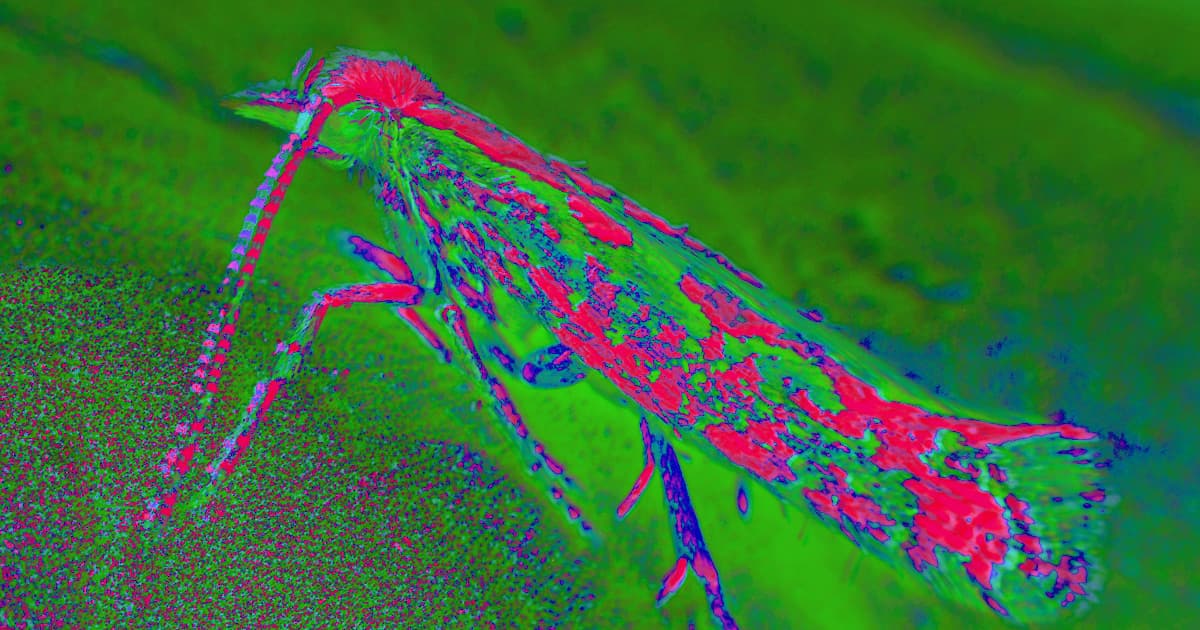 The diamondback moth is a huge pest. It eats a variety of crops, but is largely resistant to insecticides, resulting in upwards of $5 billion in losses every year.

That could soon change, though, as an international team of researchers has created a strain of genetically engineered diamondback moths that could suppress the pest population in a sustainable way — and they just released them into the wild for the first time.

For the study, published Wednesday in the journal Frontiers in Bioengineering and Biotechnology, the researchers engineered the moths so that when the males of the strain mated with wild females, the female offspring would die during the caterpillar life stage.

The male offspring, however, would survive and mate with the remaining female moths, repeating the cycle with their offspring until the overall population is reduced.

"Our research builds on the sterile insect technique for managing insects that was developed back in the 1950s," researcher Anthony Shelton of Cornell University said in a news release, adding that "using genetic engineering is simply a more efficient method to get to the same end."

Before releasing the modified insects into the wild, the researchers marked them with a fluorescent powder. This allowed the team to track the moths to see how they'd behave in relation to their wild counterparts — and they were pleased with what they saw.

"When released into a field, the self-limiting male insects behaved similarly to their non-modified counterparts in terms of factors that are relevant to their future application in crop protection, such as survival and distance travelled," Shelton said in the news release.

Of course, the release of any genetically engineered organism into the wild brings with it a slew of concerns. The introduction of an altered species could have some unforeseen impact on the species itself or the greater ecosystem.

But Shelton pushed back against those concerns.

"What is unique about this technology is that it is species-specific, so the released diamondback male moths only mate with female diamondback moths and do not affect other beneficial organisms in the field, such as pollinators or beneficial biological control insects," Shelton told Futurism.

"This technology will not eliminate the pest species because the gene disappears from the environment after a few generations," Shelton added. "Diamondback moths will continue to survive in other fields and on wild hosts."

More on genetic engineering: Gene-Hacked Mosquito Researchers Are Battling Amongst Themselves

Read This Next
Eat Up
CRISPR Co-Inventor: We’ll Be Eating Gene-Edited Food In Five Years
Futurism
Scientists Are Creating GMO Species That Can't Survive
Futurism
Genetically Modified Beetles Grew a Fully Functional Third Eye
Futurism
Geneticists Have Used CRISPR Gene Editing to Create Crops That Grow More Food
Futurism
Genetically Modified "Surrogate" Hens Could Save an Entire Species
More on Hard Science
Warped Tour
Feb 2 on futurism
Professor Believes Door to Warp Drive May Lie With Ethylene Glycol
Sky Bursts
Feb 2 on the byte
Astronomers Intrigued by 25 Mysterious Repeating Radio Signals From Deep Space
Tractor Beam
Jan 26 on the byte
Scientists Build Working Tractor Beam, Although It's Comically Tiny
READ MORE STORIES ABOUT / Hard Science
Keep up.
Subscribe to our daily newsletter to keep in touch with the subjects shaping our future.
+Social+Newsletter
TopicsAbout UsContact Us
Copyright ©, Camden Media Inc All Rights Reserved. See our User Agreement, Privacy Policy and Data Use Policy. The material on this site may not be reproduced, distributed, transmitted, cached or otherwise used, except with prior written permission of Futurism. Articles may contain affiliate links which enable us to share in the revenue of any purchases made.
Fonts by Typekit and Monotype.