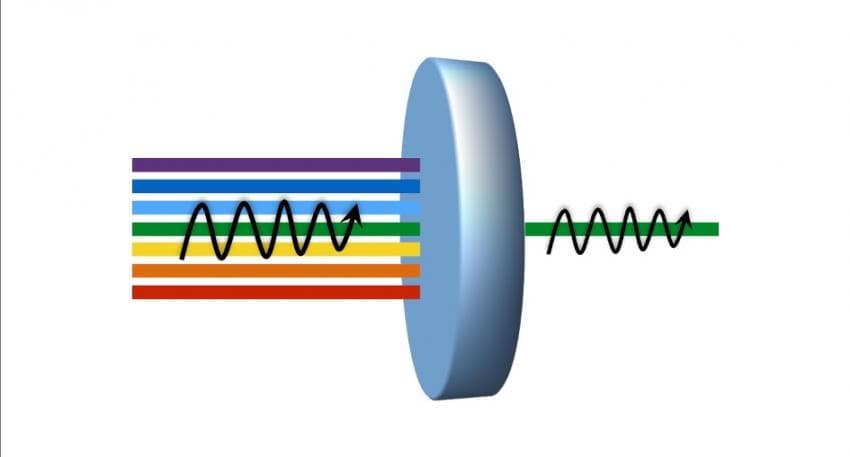 Invisibility — like time travel, teleportation, flying, and super-speed — has been a fixture in science fiction ever since science fiction has existed. The most well-known examples range from the one used by the Romulans in Star Trek, Harry Potter's deathly hallows cloaking device, and the elven cloak Frodo and Sam used to evade Sauron's army at the gates of Mordor. There are hundreds, if not thousands, of other mentions in books, movies and television. Over the years, many scientists have come up with inventive ways to hide objects from sight (one includes a 3D printer), only the process is certainly much more complex than science fiction makes it look.

Before we can get into what a scientific cloak of invisibility is, we must first understand the relationship between light and physical objects. Believe it or not, this relationship is rather simple. For starters, when we look at anything — be it an apple or the car of a passing motorist — what we see boils down to the wavelength of light the object reflects and absorbs.

With, say, the Sun, its white color stems from the fact that it absorbs all wavelengths of light. However, right off the bat, most people would say that the Sun is actually yellow in color (that, however, is a whole other beast). Given this, it's not silly to ask whether its possible to take measures that will either obscure an object's true color, or perhaps make it invisible altogether.

This scenario isn't nearly as crazy as you might think. In fact, French scientists recently announced they've found a way to manipulate light in such a way that a tiny, opaque object looks entirely transparent to the human eye. While it sounds relatively simple on the surface, things are not entirely what they seem.

The technique the researchers used stems from quantum effects. As things like Raleigh scattering have taught us, particles of light live a turbulent life, always smashing into this and that on their journey through spacetime. When they do come in contact with molecules and other particles of matter, their constituent parts, called photons, are sent barreling off in another direction at odd angles. More complications arise when we add additional interacting atoms or molecules into the equation. Singles in such an environment are referred to as quantum emitters, and they are hugely important in the budding field of quantum technologies.

Ultimately, this often breeds something called dipole-dipole interactions; a combination of things known to scatter light more intensely, and, as these researchers have demonstrated, the effect can also be used to manipulate the way in which light reflects from a surface.

More specifically, the researchers use a new technique called DIET (dipole-induced electromagnetic transparency) to prevent light from bouncing off a surface, and reflecting back the given wavelength, which essentially make the object transparent at visible wavelengths.

"The significance of our work is in the discovery of a very neat phenomenon (dipole-induced electromagnetic transparency [DIET]), which may be used to control light propagation in optically active media," coauthor Eric Charron, Professor at the University of Paris-Sud in Orsay, France, told Phys.org in October. "We showed how light scattering by a nanometric size system, collectively responding through strongly coupled two-level atoms/molecules, can be manipulated by altering the material parameters: an otherwise opaque medium can be rendered transparent at any given frequency, by adequately adjusting the relative densities of the atoms/molecules composing it."

What The Future Holds:

The catch is that they've yet to replicate their results on an object larger than two atoms across (which is unfathomably small compared to the macro size-scale we are familiar with). However, they believe they are not only well on their way toward making larger molecules essentially invisible, but toward tricking our eyes into believing an object is another color altogether.

Their work also sheds more (proverbial) light on ways we can slow light down drastically, or keep it frozen in place (however, it's worth mentioning that science has already done both successfully). The former is done by altering the path photons take by manipulating the way in which the particles interact with their medium.

The benefits of this breakthrough are far too numerous to state, but clearly, there is more work to do.

"Currently our goal is to hunt for the observation of DIET in multilevel atomic or molecular systems," said Charron. "Each emitter will behave as a series of oscillating dipoles, and this is expected to yield a series of transparency windows, thus opening the way for more elaborate and flexible manipulation strategies. We will publish new results on this topic in Arxiv in the next few weeks. Moreover, DIET offers yet another way to slow the light due to strong anomalous dispersion. We thus plan to develop the study of slow light with DIET in the near future, with potential applications for information processing."