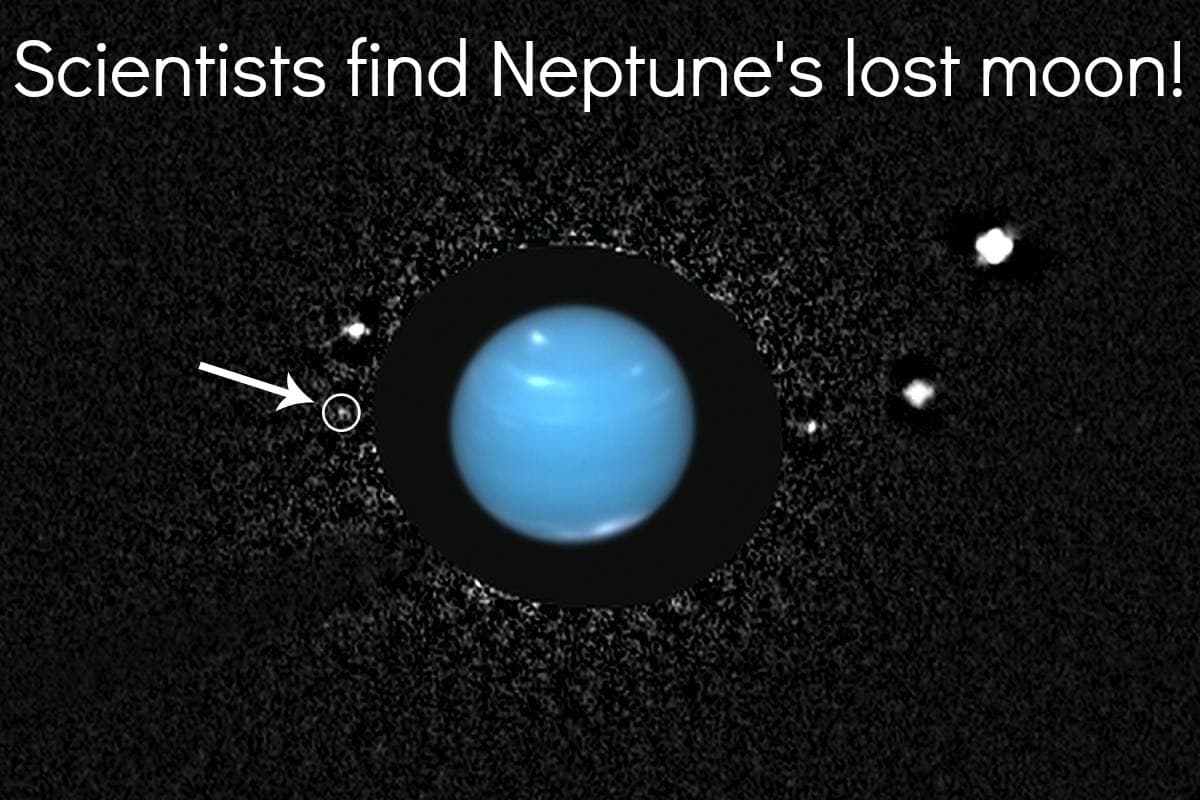 If you think it's hard to lose a moon, think again. From the lost moon of Poosh to Neptune's innermost moon Naiad, moon's seem to enjoy the vanishing act. Naiad's sabbatical doesn't involve an alien abduction, but there is still an interesting plot twist to uncover.

Naiad is tiny, only about 100-kilometers (62-miles) across. Between the moon's small stature, its close proximity to Neptune, and the fact that Neptune is about 2-million time brighter than Naiad, this moon is very hard to spot. It was discovered by the Voyager 2 spacecraft back in 1989 and hasn't been seen since. A recent analysis of Hubble images taken in 2004 revealed the moon playing peek-a-boo nearly 20 years after its last sighting. This would normally be all fine and dandy, but Naiad isn't where it's suppose to be, it's drifted off course.

"There’s a reason we had so much trouble finding it. It’s in the wrong place." That was spoken by Mark Showalter, an astronomer with the SETI institute, during a press conference - I think it sums up the whole ordeal rather nicely.

Naiad's orbit appears to have sped up as it appears ahead of its predicted position. Astronomers aren't sure why Naiad isn't cooperating with our predictions, but hypothesis range from an alien intervention to some currently unknown interaction between Naiad and another of Neptune's inner moons. Scientists won't have a solid explanation nailed down until they collect more data.

The new analysis of the Hubble images also shows some changes in the arcs found in Neptune's rings. An arc is a region of a ring that is denser than the rest of the system for no apparent reason. Voyager 2 found four of the five arcs in the Adam ring. Two of them (the two on the leading side) have simply vanished while the two trailing arcs haven't changed at all.

In case some of y'all think this sounds familiar, Neptune's recently discovered moon, S/2004 N1, which was found in July, also used data from this same Hubble survey. So, astronomers are still uncovering the secrets packed into this image.

Between the change in Naiad's orbit and the missing arcs, I'm pretty sure we can blame the Daleks.