Scientists Find Proof of Alien Life? Well, Not Quite 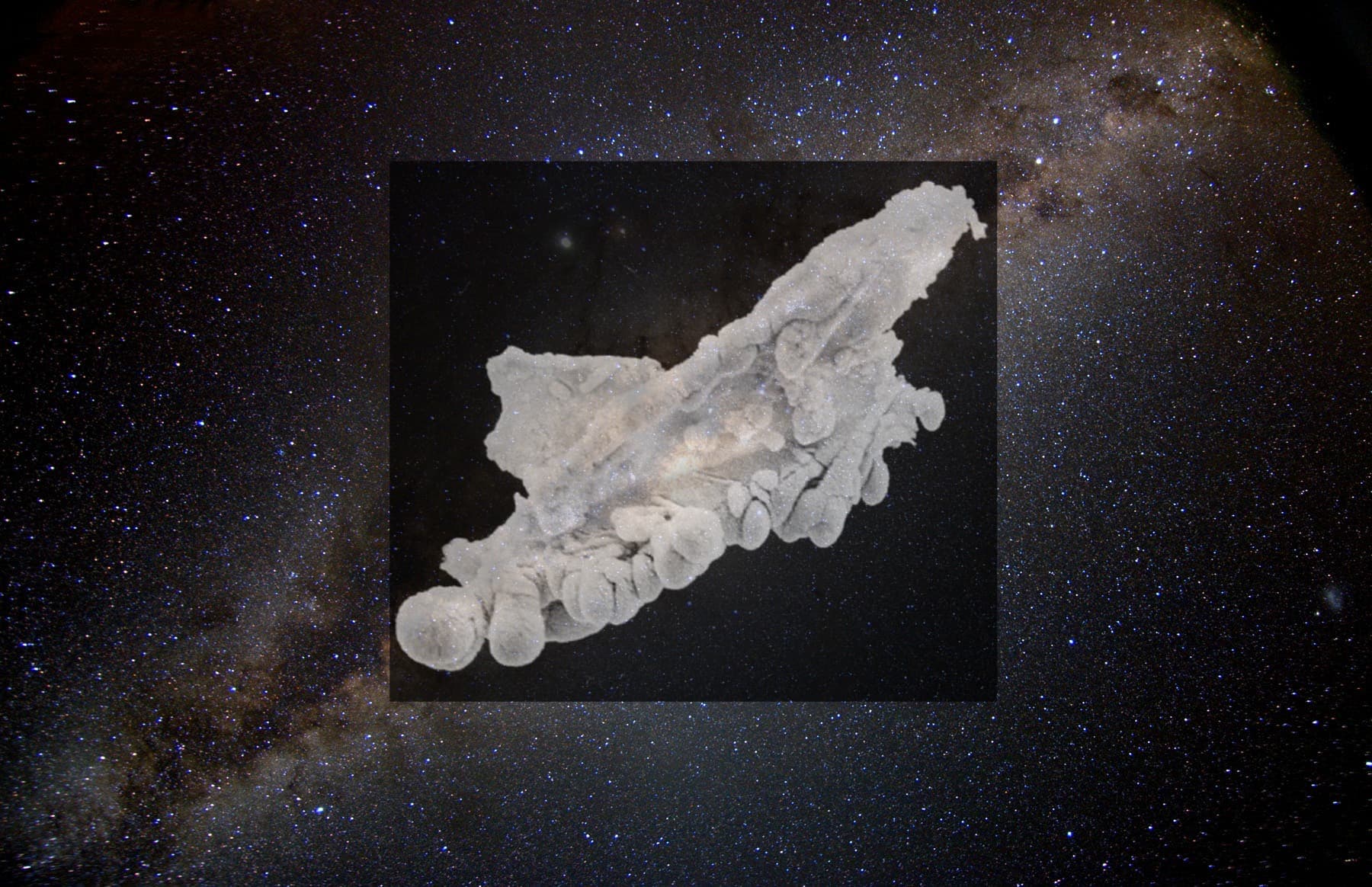 Back in September of 2013, a team of scientists claimed that they had discovered alien life floating high up in Earth's atmosphere (this find was quickly named the "dragon particle" because it looks a little like, well, a dragon).

Recently, we've been getting a number of messages asking whether or not there is any truth to this claim. After a bit of investigating, it was discovered that the questions likely stem from a number of media outlets that have been reporting this find over the last few days. The reports come with titles like the following: "'Alien life found above Derbyshire proves we're descended from extraterrestrials', say scientists" and "The incredible picture that 'PROVES' there is life on other planets."

The titles of these pieces are more or less accurate. "We're very, very confident that these are biological entities originating from space," lead author Milton Wainwright, of the University of Sheffield, said in a statement.

The History of the Claim

Ultimately, this conversation goes back to research that was conducted on July 31, 2013. On this day, a balloon was sent into the planet's stratosphere, reaching a heights that varied from 14 miles to 17 miles (22 to 27 kilometers). The balloon's purpose was to collect samples of material from the upper-reaches of this portion of our atmosphere. And the balloon collected these materials quite successfully.

In the end, the balloon returned to Earth with quite the scientific payload. It was found to be carrying the cell wall of a type of microscopic algae called a "diatom." But this find, in and of itself, is not necessarily unexpected or noteworthy. It is not uncommon to find microbes and other lifeforms in Earth's atmosphere; however, the scientists heading this investigation claim that this particle is unique. Despite the fact that storm clouds are teeming with microbes, the scientists argue that the particle is too large to get that high in the atmosphere through any known mechanism. Therefore, it cannot have originated on Earth.

Wainwright said in a statement:

Most people will assume that these biological particles must have just drifted up to the stratosphere from Earth, but it is generally accepted that a particle of the size found cannot be lifted from Earth to heights of, for example, 27 km. The only known exception is by a violent volcanic eruption, none of which occurred within three years of the sampling trip. In the absence of a mechanism by which large particles like these can be transported to the stratosphere, we can only conclude that the biological entities originated from space. Our conclusion then is that life is continually arriving to Earth from space, life is not restricted to this planet and it almost certainly did not originate here.

The scientists reported these findings and conclusions in the Journal of Cosmology.

In their study, the scientists note that other mechanisms could explain this tiny being, "Occam’s razor informs us that there must be a mechanism for lofting particles of this size from Earth to the stratosphere and that our findings are proof of the existence of such an unknown mechanism, the search for which must now begin;" however, the team favors the extraterrestrial origin hypothesis.

So, Have We Discovered Proof of Alien Life?

We aren't entirely sure how a particle of this size could get up so high; however, that does not mean that one should assert that it must be an alien. It is entirely possible that there is some, as of yet, unknown mechanism that brings these particles to this height. Planetary contamination of the apparatus is also a possibility. Moreover, as Chris McKay, an astrobiologist at NASA's Ames Research Center in Moffett Field, Calif., told SPACE.com, "The jump to the conclusion that it is alien life is a big jump and would require quite extraordinary proof. (The usual Sagan saying: extraordinary claims require extraordinary evidence.)"

So currently, a lot more evidence is needed in order to validate these highly intriguing claims. "If they were able to show that it was composed of all D amino acids (proteins in Earth life are made of L amino acids), that would be pretty convincing to me," McKay continued. "So some sort of biochemical indication that it does not share Earth biochemistry. If it does indeed share Earth biochemistry, proving that it is of alien origin is probably impossible."

And as a final nail on this case: "I don't have ANY expertise in this area," Rosie Redfield, a microbiologist at the University of British Columbia, told SPACE.com via email. Redfield was among the outspoken critics of the Journal of Cosmology's 2011 meteorite announcement. "But neither the Journal of Cosmology nor Dr. Wickramasinghe have any scientific credibility, and one fragment of a diatom frustule is hardly significant evidence."

So don't believe the outlandish claims. As previously mentioned, this story is actually old news that dates back to the Summer of 2013. No new evidence has been brought forth to confirm this research or the conclusions.

Hat tip to Space.com for their prior reporting on this issue.