Teenagers can now tell their parents that they're not just playing a game, they're learning real skills. 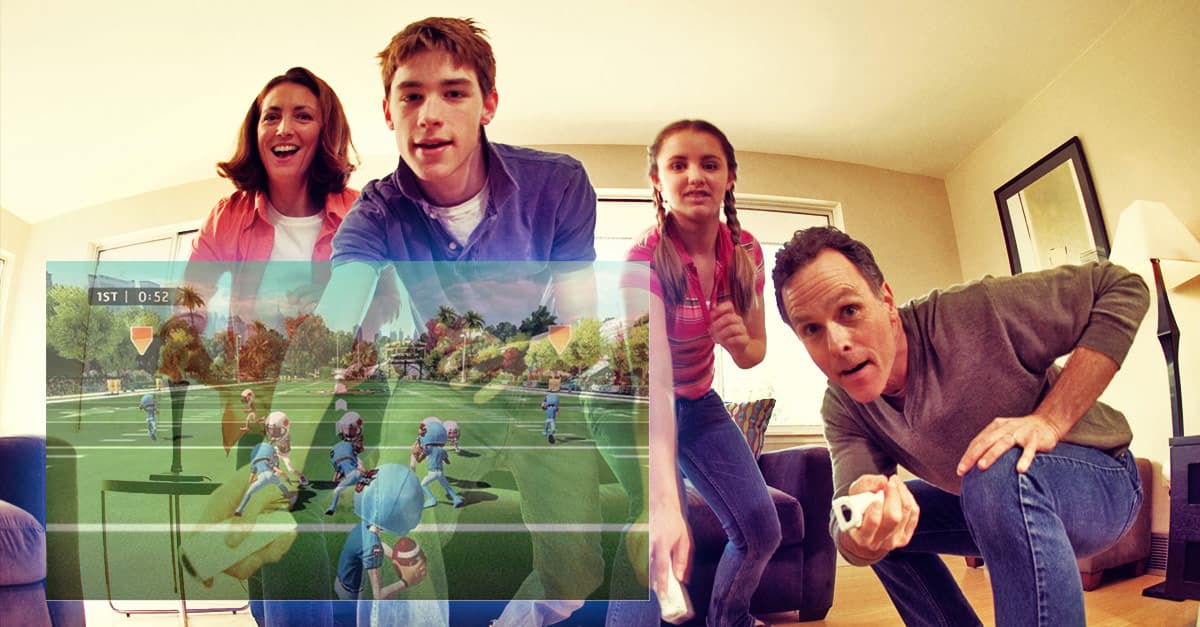 While most parents would scold their children for wasting time in front of an electronic screen and playing video games, researchers have found in a new study that playing motion-controlled video games seems to help boost real-life skills.

In their study, published in a recent issue of the International Journal of Gaming and Computer-Mediated Simulations, the researchers noted that motion-controlled video games, such as those played on the Wii and using virtual reality devices such as the Oculus Rift, might be turning video games into legitimate simulations.

In the study, the researchers compared participants who played 18 rounds of a golf video game that utilized motion controls to simulate putting, to those who played the video game using regular push-button controls. They found that the former group performed significantly better at real-world putting compared to the latter, and also against those without video gaming experience.

Players who used the push-button video-game controller actually performed far worse in the exercise than any other group. The researchers suspect that there is a logical disconnect between translating button pushing into on-the-course putting behavior.

“It seems to us that we’ve crossed an evolutionary line in game history where video games are no longer just video games any more, they’ve become simulators,” said Edward Downs, a member of the team who commissioned the study. “These games are getting people up and physically rehearsing, or simulating motion, so we were trying to see if gaming goes beyond symbolic rehearsal and physically simulates an action closely enough that it will change or modify someone’s behavior.”

To carry out the study, the researchers recruited 161 participants and randomly divided them into three groups. One group would operate the motion-controlled game, while another experimental group would play using the push-button controller. The remaining group served as the control group. Most of the participants had moderate experience with either form of video games, but limited knowledge of the console used (Nintendo’s Wii platform).

After the video game groups were done playing, all three groups were asked to putt balls from varying distances. Three different distances were used: .91 meters (3 ft), 1.82 meters (6 ft) and 2.73 (9 ft). The accuracy of each group was then recorded.

These findings are not only limited to golf. However, further research is needed to reveal how far the effect goes in real life- including the possible negative applications. This study won’t necessarily add credence to the old and rusty argument that playing graphic video games turns gamers into violent individuals. However, the research does bring up the question of whether playing games that simulate skills using motion controls, such as shooting or fighting, could be used in negative ways.

But Downs is more interested in the positive applications of this technology.

“In this particular study we are talking about an action that would be considered a fine motor coordination. Putting doesn’t use major muscle groups,” said Downs. “But, going beyond this study, I think one of the areas we need to be looking at is to find to what extent consoles with motion controllers can be used as simulation devices to improve large-motor coordination.”

Other possible applications include bringing video games into other fields, such as music and art. The idea being that playing a video game, such as Guitar Hero, could make a gamer a better guitarist, or that creative games that require the use of motion controls could lead to better sculptors or painters.

“The applications of these findings are very diverse — relevant to everything from sports to musical performance to physical therapy.”  Mary Beth Oliver who was also part of the study. said. “It’s an exciting time to be looking at the vast array of ways that gaming can be utilized for prosocial purposes.”