This material could lead to breakthroughs in LEDs, solar panels, and lasers. 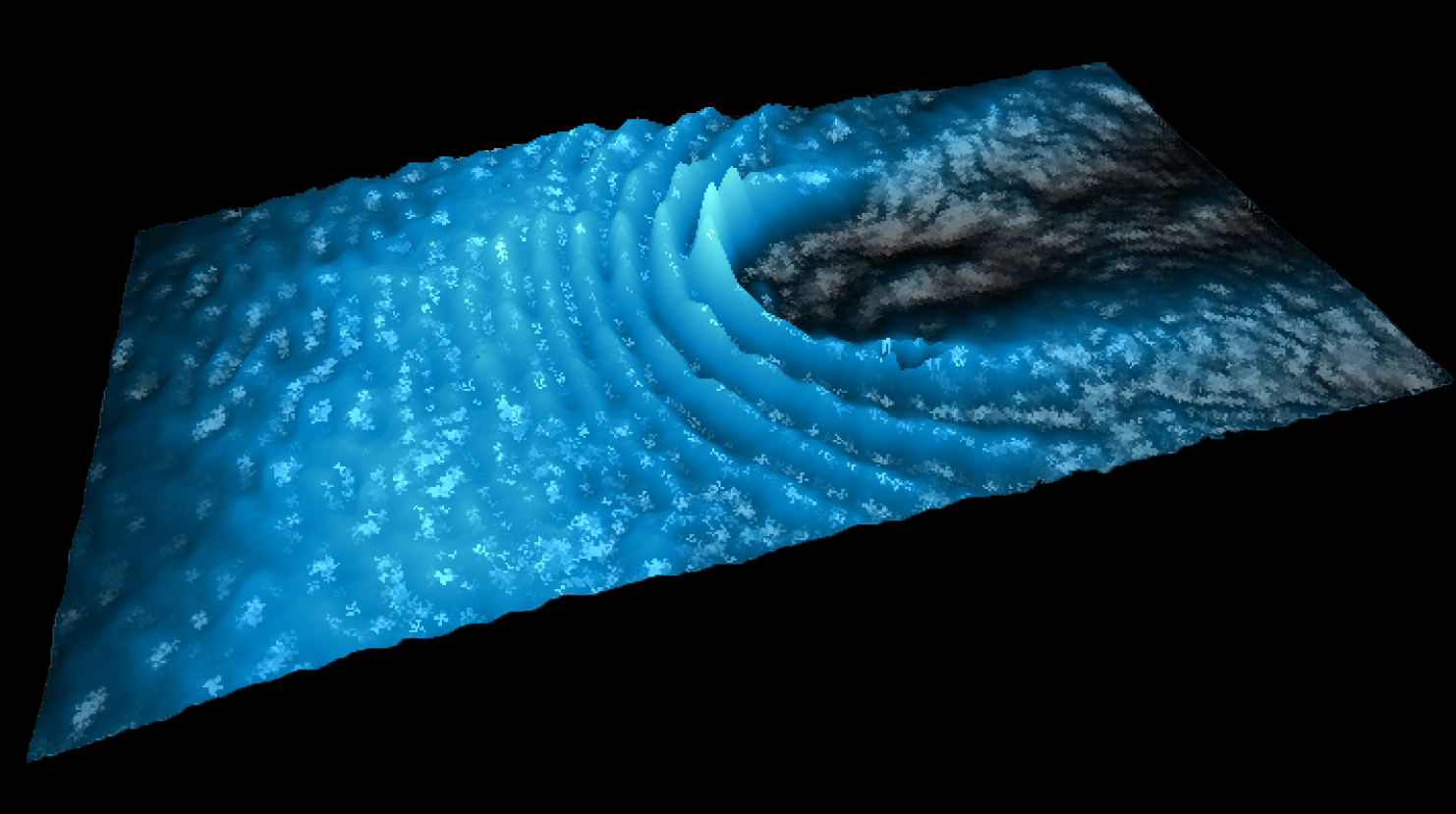 A Strange Form of Matter

Thanks to technological advances, scientists now have various ways of manipulating matter. Often times, these result in discovering new types of matter that posses unique properties — like the famous metallic hydrogen and the bizarre time crystal. The discovery of such materials leads to a wide range of potential applications in electronics. One of these is the so-called "liquid light," a strange matter which researchers from the CNR NANOTECH Institute of Nanotechnology in Italy and the Polytechnique Montréal in Canada recently formed at room temperature for the first time.

Liquid light can be categorized as a superfluid, derived from the ability of particles to condense in a state known as a Bose-Einstein condensate. Basically, it's light that demonstrates liquid behavior, particularly the ability to flow out of its container. Ordinary light is thought to be composed of waves, but more recent findings show that light also has liquid properties.

Superfluid Bose-Einstein condensates follow the rules of quantum physics instead of classical physics. Usually, they are only able to exist for fractions of a second in near absolute zero temperatures, but this work, published in the journal Nature Physics, proved that is not always necessary.

"The extraordinary observation in our work is that we have demonstrated that superfluidity can also occur at room-temperature, under ambient conditions, using light-matter particles called polaritons," lead researcher Daniele Sanvitto said in a press release.

The researchers achieved this by putting a 130-nanometer-thick film of organic molecules between two very reflective mirrors, which they then exposed to a 35 femtosecond laser pulse blast. Because of light's strong interaction with the organic molecules, a hybrid light-matter superfluid was formed.

"Under normal conditions, a fluid ripples and whirls around anything that interferes with its flow," Stéphane Kéna-Cohen, the Montreal team coordinator, explained in the press release. "In a superfluid, this turbulence is suppressed around obstacles, causing the flow to continue on its way unaltered."

Naturally, the research team looked to potential applications of this new form of matter. Apart from providing a better foothold in the study of quantum hydrodynamics, the researchers said that it could also expand the study of room-temperature polariton devices — particularly in making super-conductive materials for electronics like LEDs, solar panels, and lasers.

"The fact that such an effect is observed under ambient conditions can spark an enormous amount of future work," the researchers wrote in the study, "not only to study fundamental phenomena related to Bose-Einstein condensates with table-top experiments, but also to conceive and design future photonic superfluid-based devices where losses are completely suppressed and new unexpected phenomena can be exploited."

Read This Next
Futurism
New Superconducting Magnet Smashes World Record
Futurism
We Have a New Way to Trigger Graphene's Hidden Superconductor Abilities
Futurism
Scientists Have Discovered Superconductivity in Non-Conductive Bismuth
More on Hard Science
Quacks Like a Duck
Thursday on futurism
Those Headlines About Scientists Building a Wormhole Are Total Nonsense, People
It From Bit
Nov 22 on the byte
A Scientist Is Crowdfunding an Experiment to Check if We Live in a Simulation
Water Carrying
Nov 20 on the byte
Evidence Grows That Soggy Meteorites Gave Earth Its Oceans
READ MORE STORIES ABOUT / Hard Science
Keep up.
Subscribe to our daily newsletter to keep in touch with the subjects shaping our future.
+Social+Newsletter
TopicsAbout UsContact Us
Copyright ©, Camden Media Inc All Rights Reserved. See our User Agreement, Privacy Policy and Data Use Policy. The material on this site may not be reproduced, distributed, transmitted, cached or otherwise used, except with prior written permission of Futurism. Articles may contain affiliate links which enable us to share in the revenue of any purchases made.
Fonts by Typekit and Monotype.