Illuminating the world of physics one light-matter 'coupling' at a time. 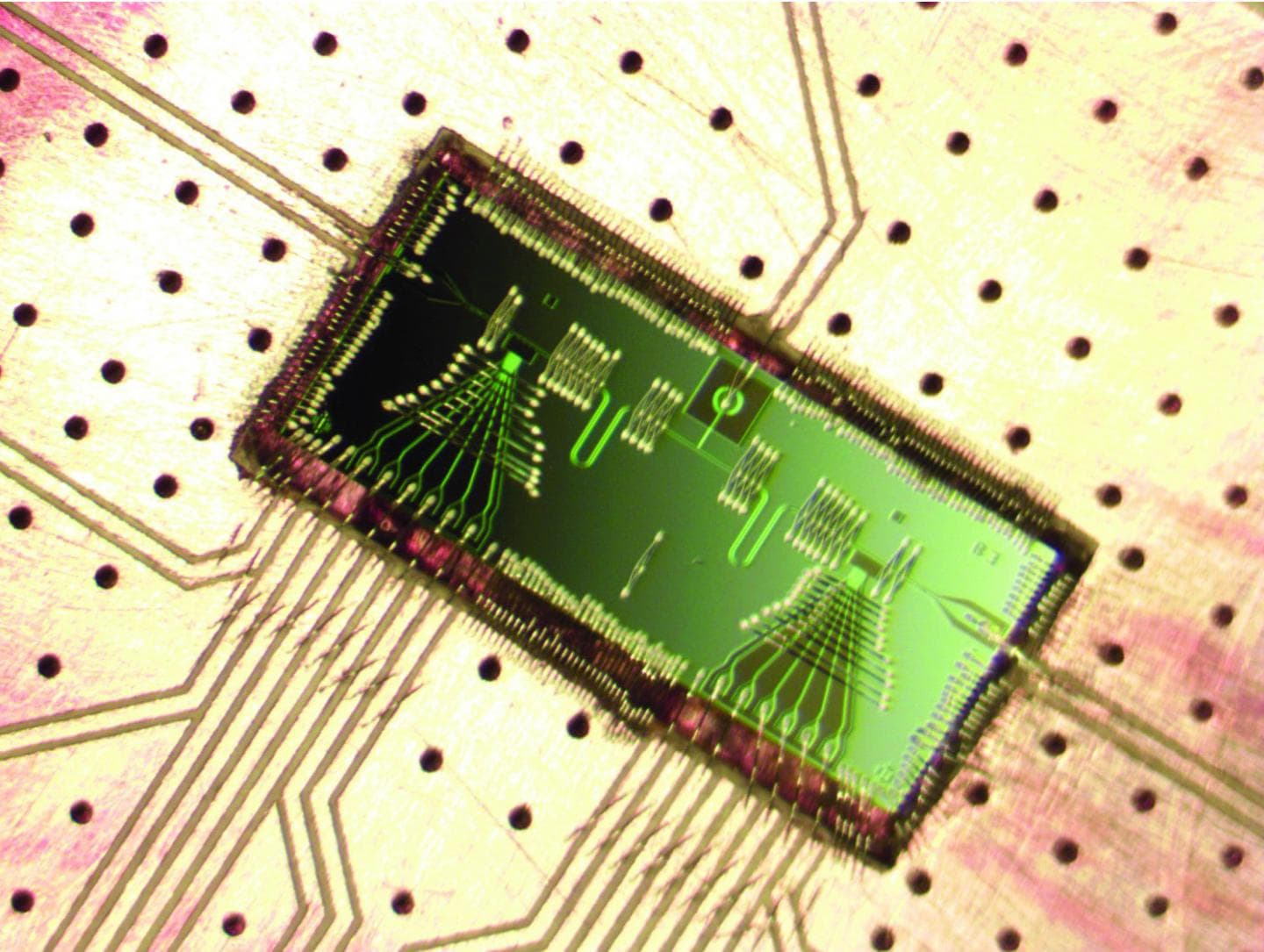 For particle physicists, studying the interactions between photons and electrons has long been an area of interest. After all, observing such phenomena could eventually lead us to the creation of a viable quantum computer.

Physicist Junichiro Kono and his colleagues at Rice University are making headway on a method to create a new condensed matter state, where electrons in a material "couple" after they are manipulated with light and a magnetic field.

For their work, which was described in Nature Physics, the team made use of a custom-built, finely-tuned cavity for terahertz radiation. The result? The researchers detected one of the strongest light-matter coupling phenomena ever observed.

A previous work was able to prompt atoms to form a gas at ultra-cold temperatures at which all atoms lose their individual identities and behave as a single unit. This time, Kono's team wanted the electrons to be strongly coupled, or "dressed," with light.

The team designed and constructed a high-quality cavity containing an ultra-thin layer of gallium arsenide—the same one that's used to study superfluorescence. Then, the physicists tuned the material with a magnetic field to resonate with a certain state of light inside the cavity, resulting in the formation of polaritons.

“This is a nonlinear optical study of a two-dimensional electronic material,” said Qi Zhang, a former graduate student in Kono's group and lead author of the paper. “When you use light to probe a material’s electronic structure, you’re usually looking for light absorption or reflection or scattering to see what’s happening in the material. That light is just a weak probe and the process is called linear optics."

The team's work could pave the way for the advancement of applications that involve quantum information like quantum computers.

“The light-matter interface is important because that’s where so-called light-matter entanglement occurs. That way, the quantum information of matter can be transferred to light and light can be sent somewhere," Kono said.

Read This Next
Moon Sims
Brutal Video Simulates When Earth Hit Another Planet Many Years Ago
Long Live
Giving Baby Mice This Drug Makes Them Live 10 Percent Longer
Dark Secrets
Scientists Just Detected the Oldest Dark Matter Ever Observed
Buzz Buzz
Scientists Hijack Fruit Fly Brains to Remote Control Their Wings
More Radio Bursts
MIT Scientists Discover Deep Space Signal, Pulsing Like Heartbeat
More on Hard Science
Total Drama Island
Sep 28 on the byte
Journal Retracts Study on Room Temperature Superconductors
Tell Us How You R...
Sep 27 on the byte
Former Particle Physicist Absolutely Annihilates the Field of Particle Physics
One Person's Trash
Sep 16 on the byte
Scientists Absolutely Thrilled to Find 150 Million Year Old Vomit
READ MORE STORIES ABOUT / Hard Science
Keep up.
Subscribe to our daily newsletter to keep in touch with the subjects shaping our future.
+Social+Newsletter
TopicsAbout UsContact Us
Copyright ©, Camden Media Inc All Rights Reserved. See our User Agreement, Privacy Policy and Data Use Policy. The material on this site may not be reproduced, distributed, transmitted, cached or otherwise used, except with prior written permission of Futurism. Articles may contain affiliate links which enable us to share in the revenue of any purchases made.
Fonts by Typekit and Monotype.