Scientific Progress for Malaria Vaccine, but with Practical Limitations 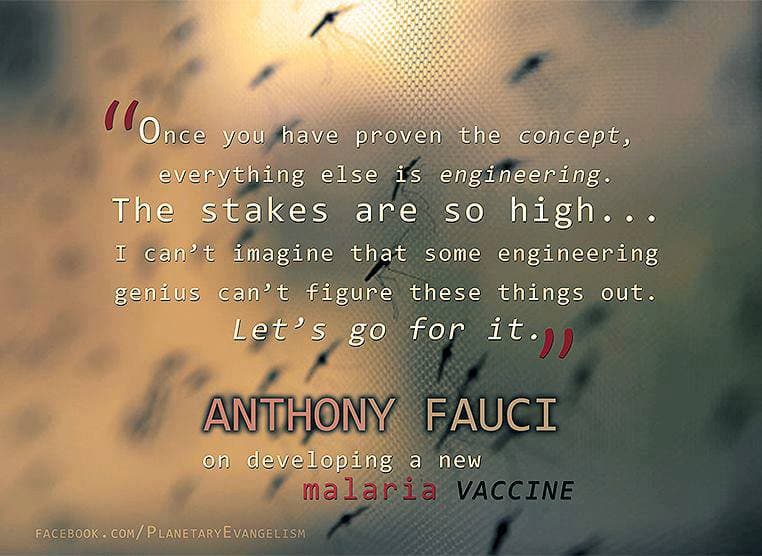 A recent study, sponsored by the National Institute of Allergy and Infectious Diseases in Bethesda, yielded encouraging results after testing a vaccine for malaria. The participants received five doses of the vaccine over several months and were subsequently exposed to bites of malaria-infected mosquitoes. 100% were protected from contracting the disease. This result is particularly exciting because it is more difficult to develop vaccines against parasites than it is to develop ones against viruses. While viruses have simple replication cycles, parasites develop in different and more complex stages.

The malaria vaccine works by producing a T-cell response in the human liver, where malaria parasites replicate after traveling through the blood stream. Director of the National Institute of Allergy Infectious disease Anthony Fauci indicates that "the time in the cycle is critical to prevent infection." Because the vaccine causes T-cells to attack malaria parasites before they are able to replicate in the liver, the disease was unable to spread in vaccinated participants. Dr. Robert Seder explains that although these results are encouraging, further research will determine whether the vaccine is effective in studies with larger sample sizes, whether its beneficial effects can last over time, and whether it can protect against multiple strains of malaria.

Despite the vaccine's effectiveness in this study, practical concerns also stand in the way of it being an immediate widespread solution for malaria outbreaks. Researchers used a time consuming and highly controlled process to produce malaria sporozoites in the bodies of mosquitoes used in the study. The mosquitoes were raised in a sterile environment, fed blood infected with malaria, and irradiated so that the sporozoites would be weakened. The parasites were then taken from the salivary glands of each mosquito individually. Although finding a way to automate and speed up this process will be a challenge, Fauci remains optimistic. "Once you have proven the concept, everything else is engineering" he says, "I can't imagine that some engineering genius can't figure these things out. Let's go for it."

Another challenge would be administering the required (repeated) doses of the vaccine to people afflicted by malaria in developing countries. The disease typically afflicts people in poorer parts of the world, and it spreads rapidly because people can transmit it to others through mosquitoes even if they have low levels of the parasite and exhibit no symptoms. Malaria is a large-scale problem that will require both public and private resources "from governments, international institutions, foundations and innovative private companies- along with the crazy, humane determination to go for it."