Science Brings Us One Step Closer to Telepathy 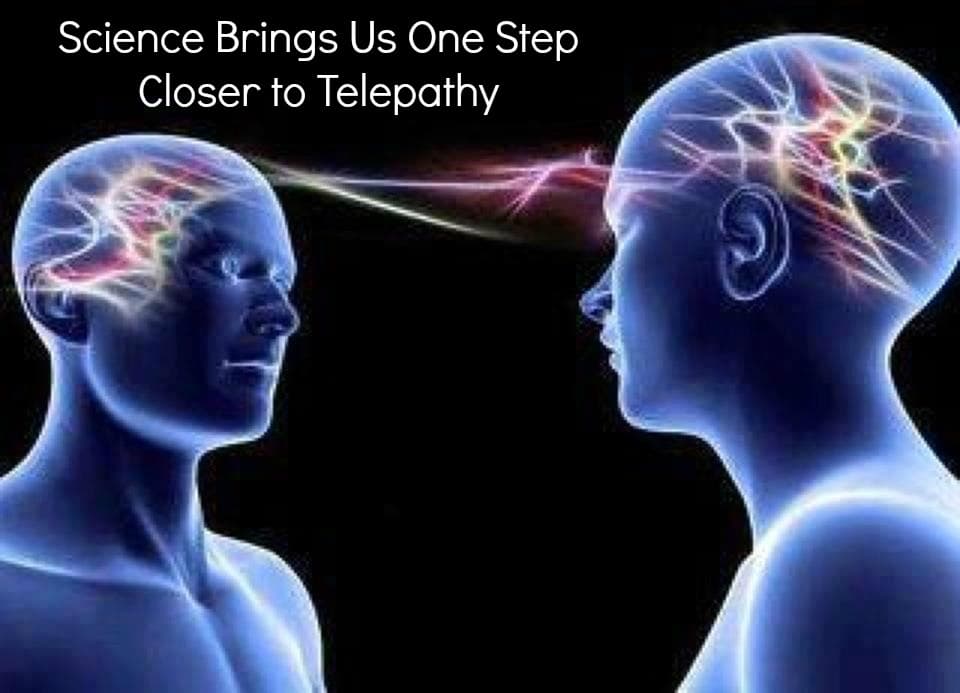 An international team of neurosciences and engineers joined forces to achieve an incredible feat. For the first time in human history, two people have been able to communicate with each other telepathically. This study wanted to test the viability of brain-to-brain communication. The participants for this experiment were located 5,000 miles apart.

Alvaro Pascual-Leone, an MD and the Director of the Berenson-Allen Center for Noninvasive Brain Stimulation, explained, "We wanted to find out if one could communicate directly between two people by reading out the brain activity from one person and injecting brain activity into the second person, and do so across great physical distances by leveraging existing communication pathways. One such pathway is, of course, the internet, so our question became, 'Could we develop an experiment that would bypass the talking or typing part of internet and establish direct brain-to-brain communication between subjects located far away from each other in India and France?'

Considering the experiment's success, the answer would be a resounding "yes."

In the past, most of these experiments have been humans talking to a computer. A human hooked up to a electroencephlagram (EEG) would send instructions to a computer and the computer would interpret it. Most of the time, this involves moving a cursor on a screen or moving a robotic arm. Instead of the person-to-computer method, the experiment replaced the computer with another person to see if we could communicate this way.

The experiment consisted of four participants. One participant was responsible for actually sending the signal (in this case, the words "hola" and "ciao"). The other three participants were on the receiving end and were tasked with actually understanding the initial message.

In the end, there was an error rate of 15 percent, which is huge step in the right direction. One day, you might be able to communicate with people as easily as you make a thought. As Pascual-Leone concluded, "This in itself is a remarkable step in human communication, but being able to do so across a distance of thousands of miles is a critically important proof-of-principle for the development of brain-to-brain communications. We believe these experiments represent an important first step in exploring the feasibility of complementing or bypassing traditional language-based or motor-based communication."