The Science Behind The Record-Setting Cat Purr 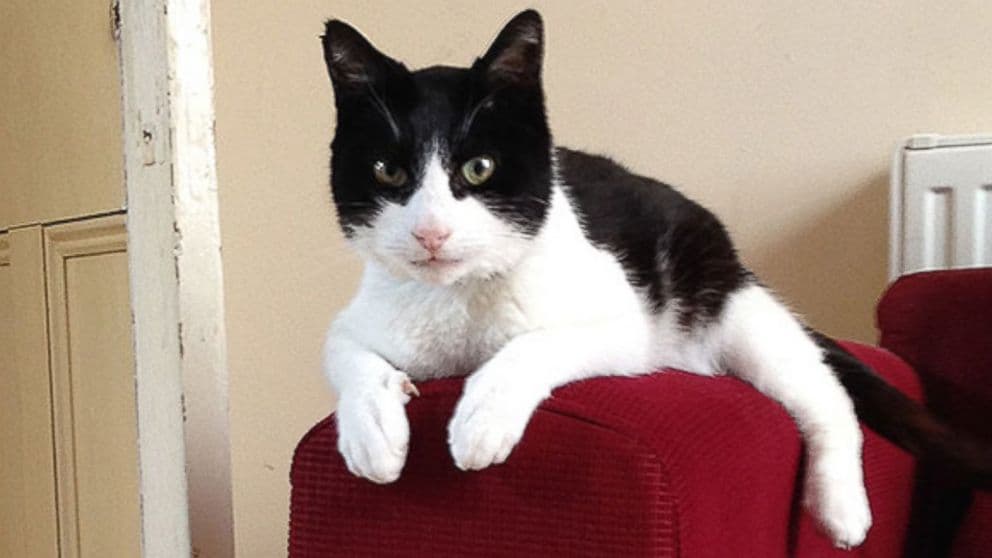 Previously, this handy infographic taught us why cats purr. Now, in order to get your cat to purr, maybe you found that magic spot behind an ear or shared your potato chips (my cat is obsessed with them). For the most part, purring equals happiness, or something similar (some cats purr to calm themselves in stressful situations).

Merlin is a 13 year old rescue from Devon, England who received recognition this week for having the loudest domestic cat purr ever recorded. His owner notes that he purrs loudest when he's eating. His purr can even be heard in the background of her phone conversations. Merlin's purr was recorded at  67.8 decibels (nearly as loud as an air conditioner). Luckily, his housemate, an elderly dog, is deaf.

As previously mentioned, it is generally thought that cats purr when content or to calm during stressful situations; however, scientists are actually unsure of the exact reason cats purr. Theories have been diligently developed by a bunch of lucky people in lab coats petting cats...for science! Most agree that cats (even lions and ocelots) purr using their larynx and diaphragm muscles.  However, the exact process by which the central nervous system sends the messages controlling the movement that creates the sound is not precisely understood.

Did you know that cats essentially have super powers? Well, at least according to one hypothesis. Purring frequencies have actually been shown to stimulate bone regeneration. Domestic cats purr at a frequency of 26 Hertz in a range that promotes tissue regeneration. This hypothesis is reinforced, as it has been observed that broken cat bones typically take less time to heal than those of other animals, such as dogs. However, while this is an interesting hypothesis, osteogenesis in response to purring has ever been experimentally shown in cats (so further study is definitely needed).

Still, the idea is not really far-fetched. For example, high-impact exercise is known to promote bone health for essentially the same reason: Bones respond to pressure by making themselves stronger (for more, see Wolff's Law).

As an aside, another interesting (and somewhat troubling) study showed that cats are also quite difficult to damage. In 1987, a study was published in the Journal of the American Veterinary Medical Association that tested the "9 lives" and "cats always land on their feet" stereotypes. Out of 132 cases of cats falling from high-rise apartments, 90% survived. One cat even survived a 45 story fall .

While the method of using of vibrations to assist with bone regeneration have not been approved by the FDA, the benefits of this (if proven to be true) are rather self-evident.  From a non-invasive way to treat osteoporosis to helping astronauts who have lost bone density in space stay strong, holding a purring cat has the potential to do some great things for the human body. Perhaps, with further study, someone could discover a great use for Merlin's super powerful purr.