The Scariest Messages We Could Detect From Aliens, According to the Internet

"People of Earth, your attention please." 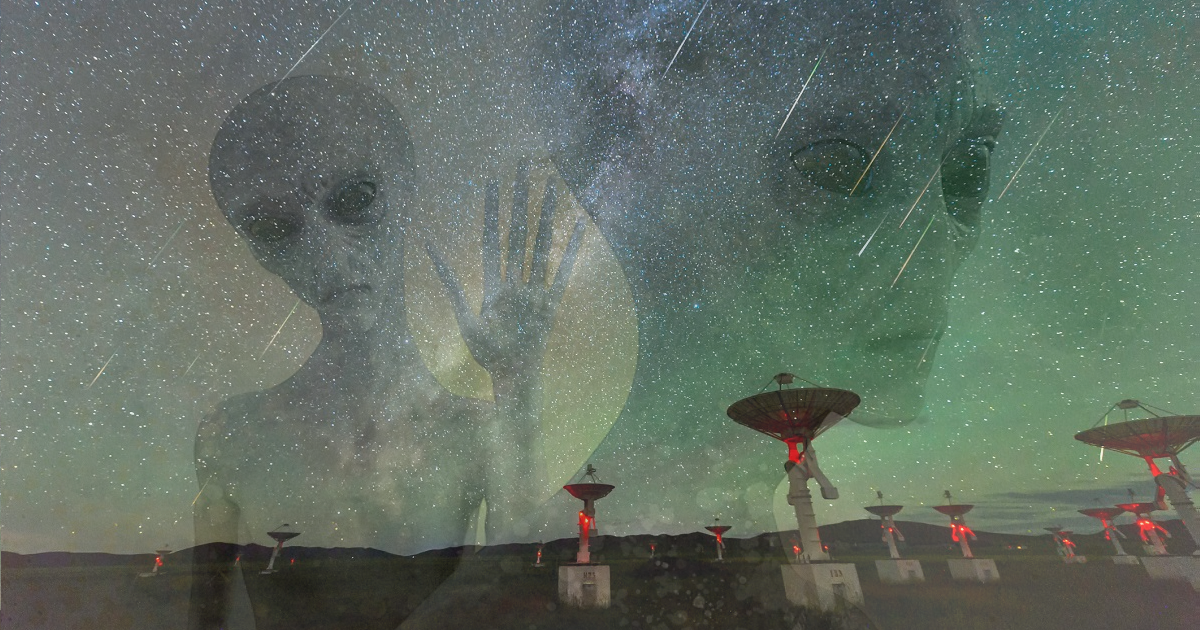 If you haven't noticed, things here on Earth have gotten pretty dicey lately.

It's no wonder, then, that people are fantasizing about getting messages from aliens, as explored in a delightful new Reddit thread on the Space subreddit — though, as many have noted, a missive from extraterrestrials could be either good news or bad.

Which would be worse? To hear a warlike call to arms, a warning not to resist, a cry for help, or a dirge?

Below are some of our favorite spooky ET message scenarios. Be very afraid.

Realistically, any sort of distress message or epitaph/gravestone message left would be the most terrifying thing to hear. While we could [always] have a planetary disaster wipe us out, to find hard evidence of it happening [would] make the threat that much more real.

It's like yeah people get murdered everyday, but it changes when someone on your block dies.

This Redditor really took the cake. Existentially, few things are more horrific than imagining that an advanced civilization was annihilated — because in the face of a "great filter," what hope would we have?

Citing the Vogon destruction of Earth, which is the main conflict at the beginning of Douglas Adams' "Hitchhiker's Guide to the Galaxy," this user paired the two worst thing in the Universe — warlike species and bureaucracy — to paint a hilariously grim picture.

All Quiet on the Western Front

Probably something to the effect of "quiet." Would indicate we’ve been spewing radio waves for centuries, and there’s something big and bad out there listening.

The only thing scarier than the knowledge that we've been heard would be knowing we were heard — and getting a reply suggesting that there's something horrible and dangerous listening.

Anything at all that we could comprehend.

Honestly, any alien communiqué is gonna freak us the hell out.

Or Nothing At All

I don't think any alien message could scare anyone now. People will be divided between being offended, not giving a shit or making memes of it.

Or, in the end, maybe this user has it right — we've dealt with so much at this point that nothing can scare us anymore.

Read This Next
Aquatic Aliens
Experts Puzzled by Harvard Scientist Looking for Alien Wreckage in Ocean
Sun Gazer
Researchers Want to Use the Sun As a Giant Telescope to Look for Aliens
Loose Signal
Potential Alien Signal Coming From Direction of Earthlike Planet, Scientists Say
Space Invaders
Study: There May Be as Many as Four Evil Civilizations in Our Galaxy
Alien Fever
Head of NASA Suggests That UFOs Could Be Alien Technology
More on Off World
Hall Effect
Yesterday on futurism
Test Suggests Ion Thrusters Could Power Crewed Interplanetary Missions
CHON: Legacy
Yesterday on the byte
James Webb Discovers Coldest Ice in Known Universe, Harboring Molecules Essential For Life
Is There?
Yesterday on the byte
NASA Setting Up Facility For Mars Rock Samples That Might Contain Alien Life
READ MORE STORIES ABOUT / Off World
Keep up.
Subscribe to our daily newsletter to keep in touch with the subjects shaping our future.
+Social+Newsletter
TopicsAbout UsContact Us
Copyright ©, Camden Media Inc All Rights Reserved. See our User Agreement, Privacy Policy and Data Use Policy. The material on this site may not be reproduced, distributed, transmitted, cached or otherwise used, except with prior written permission of Futurism. Articles may contain affiliate links which enable us to share in the revenue of any purchases made.
Fonts by Typekit and Monotype.