It'll also have constant government surveillance and a fake moon. 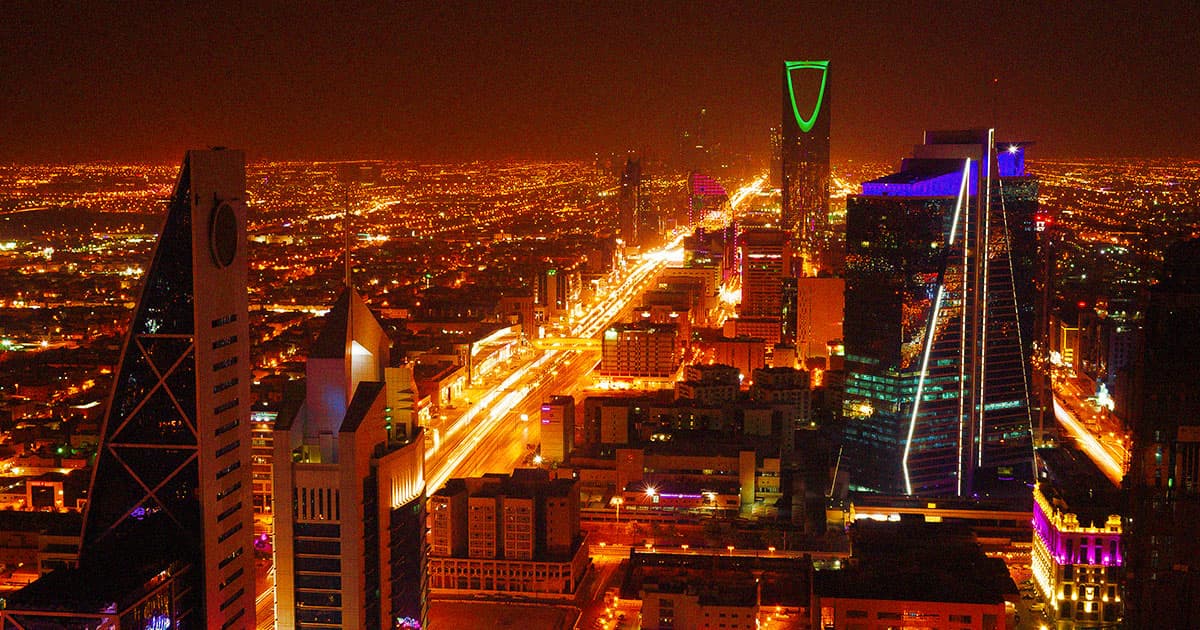 Neom sounds like something straight out of a science-fiction novel.

The in-development Saudi Arabian city-state will have robot maids, flying taxis, and glow-in-the-dark sand, according to confidential planning documents reviewed by The Wall Street Journal. An artificial moon will light up the sky every night, and a Jurassic Park-style island will let visitors mingle with robot dinosaurs.

But also buried in the 2,300 pages of planning documents obtained by the WSJ are plans for the forcible relocation of local tribes, the creation of human gene-editing clinics, and 24/7 government surveillance — meaning this futuristic city may be more like dystopian sci-fi than the fun Jetsons kind.

Since 2017, Saudi Crown Prince Mohammed bin Salman, better known as MBS, has been working with teams of consultants to develop his vision for the $500 billion city in the currently barren northwestern corner of Saudi Arabia.

It won't be desert for long, though — MBS plans to use "cloud seeding" to produce rain over Neom, cooling the city and making fresh produce widely available.

Future citizens not interested in visiting the farmer's markets will instead be able to make reservations at a Michelin-star restaurant, which Neom aims to have more of per inhabitant than any other place in the world, according to the plans.

As for what else you'll find in Neom, the WSJ notes plans for world-class schools with hologram teachers, the planet's best-paying jobs, and glow-in-the-dark sand, because, well, that's what MBS wants, two people familiar with the project told the WSJ.

"Neom is all about things that are necessarily future-oriented and visionary," Neom Chief Executive Nadhmi al Nasr told the WSJ. "So we are talking about technology that is cutting edge and beyond — and in some cases still in development and maybe theoretical."

It'd be easy to get distracted by all the shiny things detailed in the Neom planning documents — but the futuristic city also sounds suspiciously like a totalitarian surveillance state.

"This should be an automated city where we can watch everything,” Neom's founding board is quoted as saying in the documents, according to the WSJ. "[A city] where a computer can notify crimes without having to report them or where all citizens can be tracked."

That means while you're chilling on the glowing beach, daydreaming about your next prix fixe meal, a drone equipped with facial-recognition technology will likely be transmitting your location to Neom's "1984"-esque law enforcement officials.

While on that beach, you likely won't see any natives — they'll have long since been "relocated" — but you might see a higher than expected population of buff people.

That'll be thanks to all the medical clinics genetically modifying Neom's citizens to be stronger, not to mention smarter — meaning MBS might not just be planning to create the city of the future, but the humans of it as well.

More on futuristic cities: Aliens, Autonomous Cars, and AI: This Is the World of 2118

Read This Next
Brands We Love
Allianz Explorer Series Is Taking NYC on a First-Class Ride to a Sustainable Future
Futurism
A Dangerous Cyberattack On A Petrochemical Plant Could Be The First Of Many
Futurism
Saudi Arabia Just Unveiled a Futuristic "Mega City" 33 Times The Size of NYC
More on Future Society
Vibe Shift
5:32 PM on the byte
Google Employees Alarmed That the Company Suddenly Expects Them to Do Work
Doin' It Yourself
4:22 PM on the byte
Man Gets So Frustrated With Comcast That He Creates His Own ISP
Doomsday Prep
Wednesday on the byte
Elon Musk Sells Almost $7 Billion In Tesla Shares For Twitter Deal
READ MORE STORIES ABOUT / Future Society
Keep up.
Subscribe to our daily newsletter to keep in touch with the subjects shaping our future.
+Social+Newsletter
TopicsAbout UsContact Us
Copyright ©, Camden Media Inc All Rights Reserved. See our User Agreement, Privacy Policy and Data Use Policy. The material on this site may not be reproduced, distributed, transmitted, cached or otherwise used, except with prior written permission of Futurism. Fonts by Typekit and Monotype.